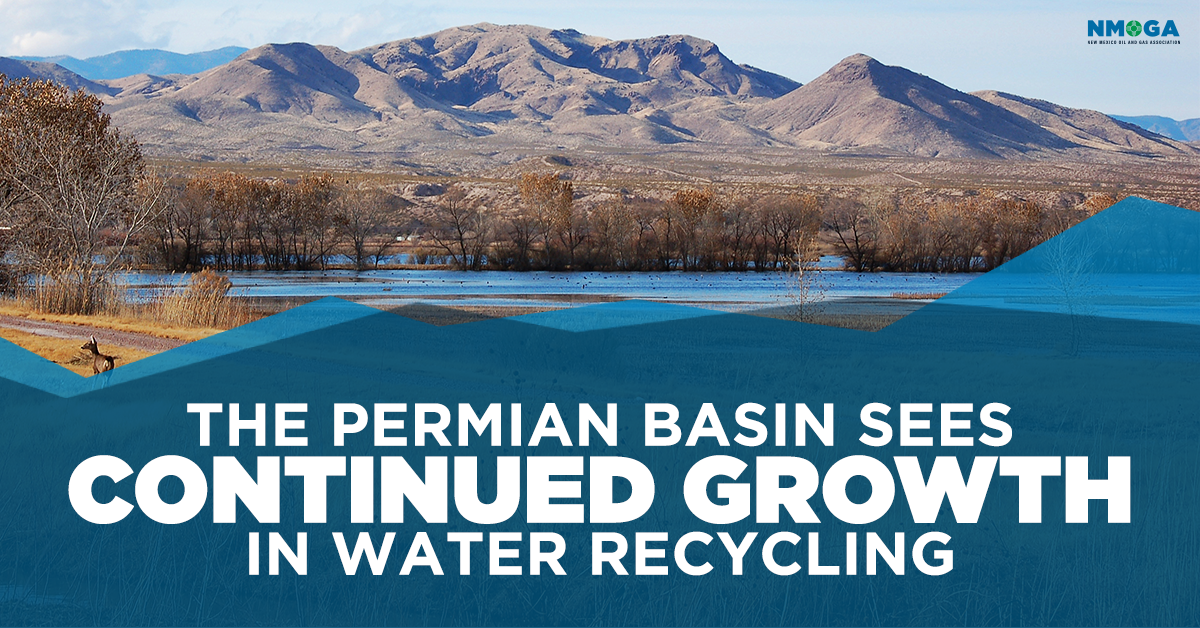 Investments in water midstream developments continued in the Permian Basin amid a growing need for water handling and recycling even as drilling operations slowed amid the COVID-19 pandemic.

Despite the price per barrel of domestic crude oil continuing to struggle to lift past the $40 per barrel mark, after shrinking crude demands led by the public health crisis saw the price plummet below $0 per barrel for the first time in history in April, companies continued to bring facilities online to handle the immense water supplies needed and created by operations.

Most new oil and gas drilling operations in New Mexico use hydraulic fracturing or fracking, which involves pumping a mixture of water, sand, and chemicals underground to break up shale rocks and extract fossil fuels.

It uses a lot of water.

Each fracking well can use up to 1.5 million to 16 million gallons, per a report from the U.S. Geological Survey.

And for every barrel of oil brought to the surface, fracking can bring up to 10 barrels of produced water – a combination of flow back from the initial frack and formation water brought up from the shale along with oil and gas.

Traditionally, operators pump the produced water – often high in salt and toxic chemicals – back underground for disposal but in recent years companies in the Permian which spans southeast New Mexico and West Texas began recycling the water to reuse in future drilling operations in the arid region where water supplies are scarce.

On Oct. 27, Solaris Water Midstream announced it began operations at its Eddy State Complex, a water recycling and reuse facility on the New Mexico side of the Permian.

The complex increased Solaris’ supply of recycled produced water by 300,000 barrels per day, and the company reported it was on track to recycle up to 25 million barrels in 2020.

Solaris expected two more water recycling centers to be completed by December, and when all five are online, the company will have the capacity to recycled up to 900,000 barrels per day and store more than 3 million barrels.

“Together with the five water reuse complexes, these mobile recycling systems will take advantage of our extensive produced water pipeline network to support completions across a 2,500-square-mile area in southeast New Mexico,” Incerto said.

Across the Permian Basin, Solaris also owns and operates 500 miles of water pipelines and more than 1 million barrels per day of disposal capacity.

Chief Executive Officer Bill Zartlet said the company hopes to increase the region’s capacity to recycle and reuse produced water within the industry to protect freshwater supplies and respond to the increasing volume needs of the industry.

“Recycling produced water at this unprecedented scale in New Mexico has always been one of our primary goals,” he said.

“Our expansive pipeline infrastructure network makes it possible to aggregate hundreds of thousands of barrels of produced water every day from multiple operators in the basin, and then treat and recycle those barrels to our customers’ precise quality and flow specifications in the increasing volumes that operators are demanding.”

Solaris President Amanda Bock said the company partnered with operators and other research organizations such as the New Mexico Produced Water Consortium and Produced Water Society to continue expanding the uses for produced water, potentially outside of the of oil and gas in sectors such as agriculture.

“We are also looking ahead,” she said. “we are evaluating innovative new options for beneficial reuse of recycled produced water in New Mexico and beyond.”

Upon forming the Consortium in September 2019, a joint venture between the New Mexico Environment Department and New Mexico State University via a memorandum of understanding, NMED Cabinet Secretary James Kenney said the wastewater from oil and gas could be used to address New Mexico’s increasingly scarce water supplies.

“Our state is continuing to take unprecedented steps forward to spur economic investment in furthering the science and technology associated with produced water and its potential treatment and reuse,” he said.

“Through this partnership, science will guide our regulatory decision-making with respect to produced water treatment.”

Across the Texas State Line, another water midstream company dedicated 15 acres in the Midland Basin, within the greater Permian Basin region, for a water gathering and disposal operation to support a national oil and gas company as it begins operations in the region next year.

H20 Midstream entered the agreement with Sinclair Oil and Gas Company in Howard County to support Sinclair's operations in the area expected to begin in early 2021.

The project saw H20 upgrading its 200-mile water gathering, disposal, and recycling system to ensure all of Sinclair's water is moved via pipeline to reduce truck traffic.

"We appreciate the flexibility and creativity of the Sinclair team as we negotiated the terms of this agreement during an uncertain business climate with commodity prices in flux," said Jim Summers, Chief Executive Officer at H2O Midstream.

"We look forward to supporting Sinclair's development plans in the Permian Basin for years to come."