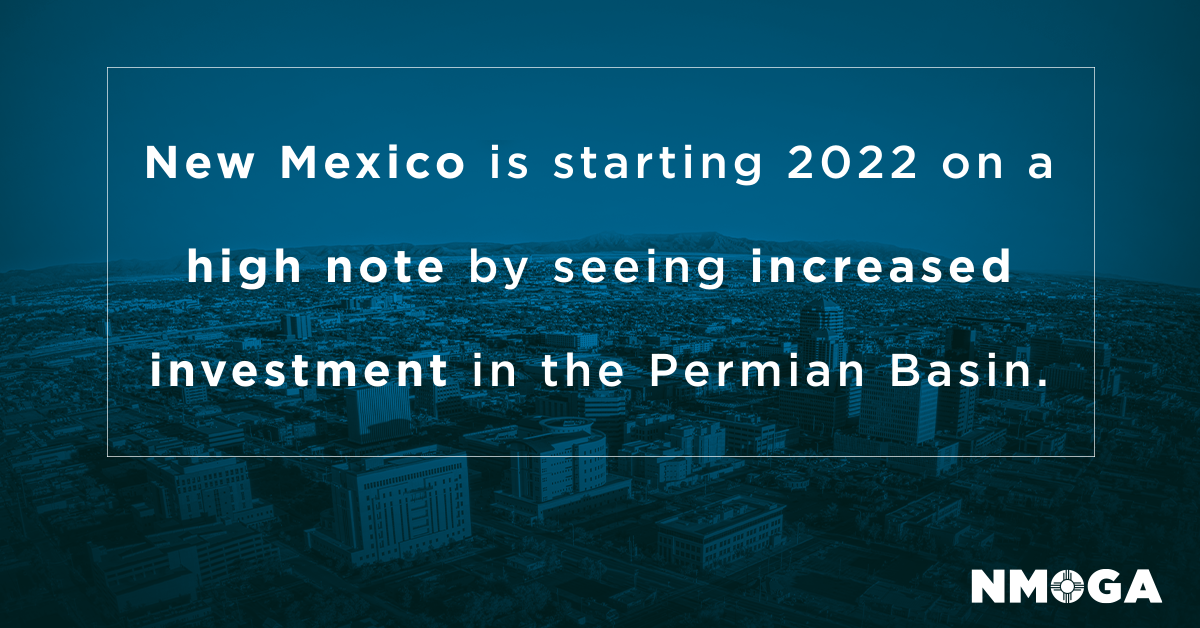 Oil and gas’ momentum building in 2021 continued at the start of the year as multiple corporate deals indicated continued interest in the oil-rich Permian Basin of southeast New Mexico and West Texas.

San Antonio-based Abraxas Petroleum Corporation on Jan. 3 announced it sold all of its assets in the Williston Basin in North Dakota to Lime Rock Resources for about $87 million as Abraxas planned to refocus its operations on the Delaware Basin on the western side of the Permian.

The move was part of a broader effort by the company to shift its focus to high-return oil regions like the Delaware and broader Permian Basin.

Chief Executive Officer Bob Watson said he hoped the transaction would help the company pay off debt and increase revenue for investors.

“For some time, Abraxas has been trying to find a solution that would resolve the indebtedness held by our lenders while at the same time providing continuing opportunity for our stockholders,” Watson said. “Most importantly, the restructuring positions Abraxas as an unlevered, Delaware Basin pure play that can now access available capital sources to restart a drilling program in the Permian Basin.

“In short, we now have the opportunity to drill and complete wells in order to grow our production for the benefit of our common and preferred stockholders.”

Another Texas operator sought to increase is Permian Basin presence as Fort Worth-based FireBird Energy bought about 21,000 acres in the eastern Midland sub-basin in West Texas from Chevron USA.

Acreage was located in Ector, Midland and Crane counties in Texas, and CEO Travis Thompson said they would compliment existing FireBird assets in the area.

“This transaction will be our second major acquisition as we continue to advance our consolidation strategy and enhance our Western Midland Basin footprint with additional scale,” he said. “The acquisition of these high-margin, oil-weighted assets is a complementary addition to our acreage footprint, production, and cash flow base.

“We expect to benefit from additional operating synergies when production operations are combined with our base asset."

To help operators pump oil and other extracted products in the region as they continue to acquire land, Midland-based Regiment announced it acquired a fleet of pumps and hydraulic fracturing equipment in two separate transaction conducted last fall.

Together, the two deals increased Regiment’s capacity to 75,000 hydraulic horsepower and expanded it available services in the Permian Basin to include pump rental and frac stacking.

“We're excited to grow our existing pressure pumping services, as well as launch our new pressure pumping rental and frac stack service lines,” Minton said. “The addition of Tier IV equipment and the optionality of dual fuel consumption will help Regiment lower its emissions as customers seek to reduce their carbon footprint.”

Continued deals and acquisitions in the regional oil and industry followed an upward trend in oil and gas drilling rigs in both Texas and New Mexico and their shared basin.

The price of domestic oil was at $77 per barrel on Tuesday, per the Chicago Mercantile Exchange, down from peaks in the mid $80 range seen during the late fall as production rose to meet re-growing fuel demands.

Demand plummeted in spring 2020 when the COVID-19 pandemic first hit the U.S., struggling for the rest of the year but growing last year as vaccines become widely available and travel restrictions were lifted.

That led to higher prices last year as demand outpaced supply, per a Tuesday report from the U.S. Energy Information Administration.

Production growth was slowed, per the report, due to supply cuts by the Organization of Petroleum Exporting Countries (OPEC) in late 2020.

OPEC announced in December 2020 it would continue to support reducing production to drive higher prices.

To counter the rising price per barrel, which could mean higher prices and the pump for motorists, President Joe Biden and the U.S. Department of Energy announced a released of 50 million barrels of oil from the U.S. Strategic Petroleum Reserve at the end of last year.