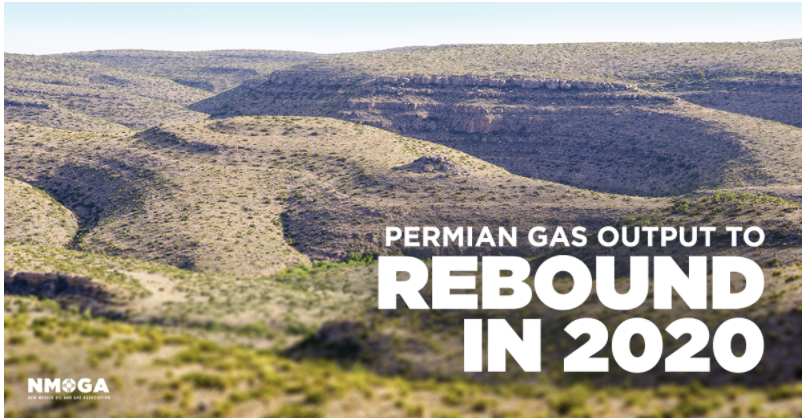 Gas output from the Permian Basin of West Texas and New Mexico is forecast to surge in the second half of 2020 according to a new analysis, Kallanish Energy reports.

Based on a $45-50 West Texas Intermediate (WTI) base scenario, Rystad found that gas output could reach 11.4 billion cubic feet per day (Bcf/d) in September this year, following removal of Covid-19 production restrictions. It estimates current gas production at the basin to be around 11 Bcf/d.

The Norwegian consulting firm noted that while further growth in output levels may not be realized until mid-2021, regional output could reach record levels by late 2021 and as high as 16 Bcf/d by the end of 2023. This figure is 2 Bcf/d lower than Rystad’s forecast prior to the Covid-19 pandemic.

However, due to significant reduction in investment and development of new pipeline projects, Rystad warned that exiting infrastructure will be insufficient for an increase in gas output. This in turn could result in increased gas flaring.

Developments on the Permian Highway Pipeline (PHP) and Whistler project are ongoing, with both pipelines still expected to being operations next year.

Should both projects commence gas exports next year, nameplate capacity for the Permian Basin will increase to 17.5 Bcf/d by 2022, which will accommodate Rystad’s forecast output levels. However, further investment in pipeline infrastructure will be required to facilities further gas production levels.

“Regardless of the state of West Texas-Mexico exports, we conclude that in a $45-$50 WTI world, there will be a need for new gas takeaway projects from the Permian as early as 2023-2024,” said Rystad Energy’s head of shale research, Artem Abramov.

“If these projects are not approved early enough, the basin might end up with another period of degradation in local differentials and potentially increased gas flaring,” he warned.