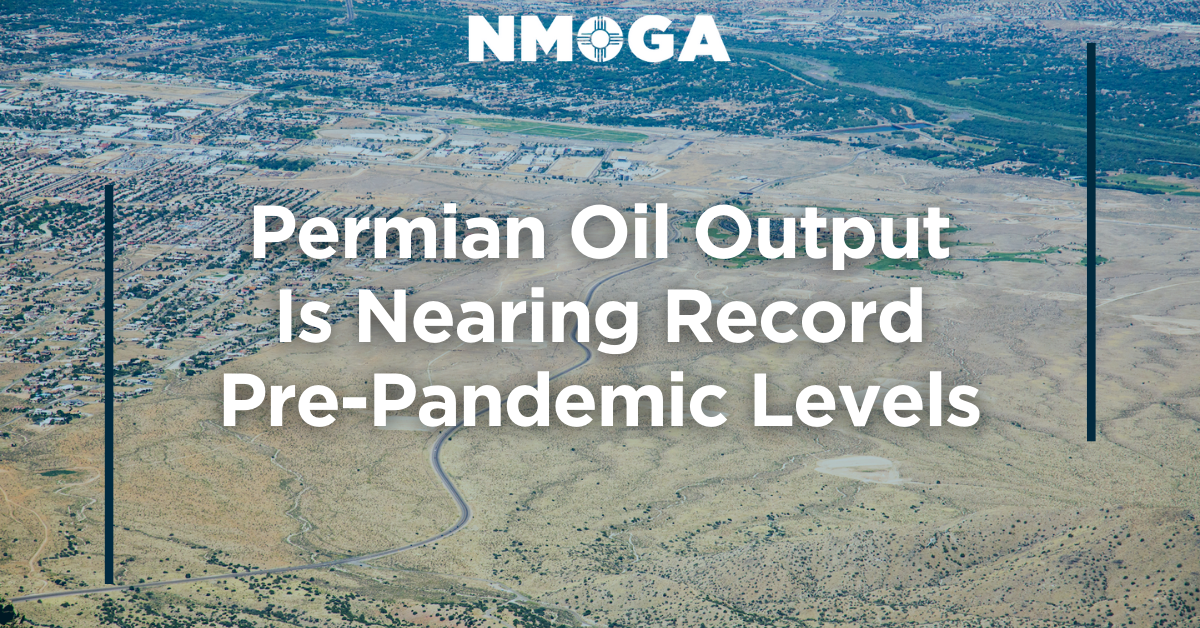 Oil output in America’s most prolific shale patch is getting closer to levels seen before the pandemic-driven market crash, as crude prices surge.

While total production in the U.S. is still lagging, the Permian Basin of West Texas and New Mexico is increasing output to an average 4.826 million barrels a day in October, according to a U.S. government report Monday. That’s close to a revised 4.913 million barrel-a-day record set in March 2020, just before the pandemic unleashed widespread demand destruction globally, triggering production shutdowns and bankruptcies across the country.

Production has been rising with benchmark U.S. crude prices now at seven year highs, underpinned by a severe supply deficit. Oil futures in New York surpassed $80 a barrel this month for the first time since 2014.

The Permian has low breakeven production costs, high rates of productivity, and so is best positioned to recover even though total U.S. crude production is still down. Private drillers in the basin have been seeking to capitalize on the surge in oil prices, ramping up volumes steadily, while public companies are under shareholder pressure to keep spending in check.

In other shale plays, however, the recovery has been slow. The backlog of oil wells that have already been drilled and are waiting to be fracked, known as DUCs, has been shrinking since the middle of last year. In the Bakken of North Dakota, where the shale boom began, and in the Eagle Ford of southern Texas, the number of DUCs are at their lowest on record.

Production in the Bakken is expected to be 26% short of its historical high, output in the Eagle Ford will be 37% below its record volume, according to data from the Department of Energy report on Monday.