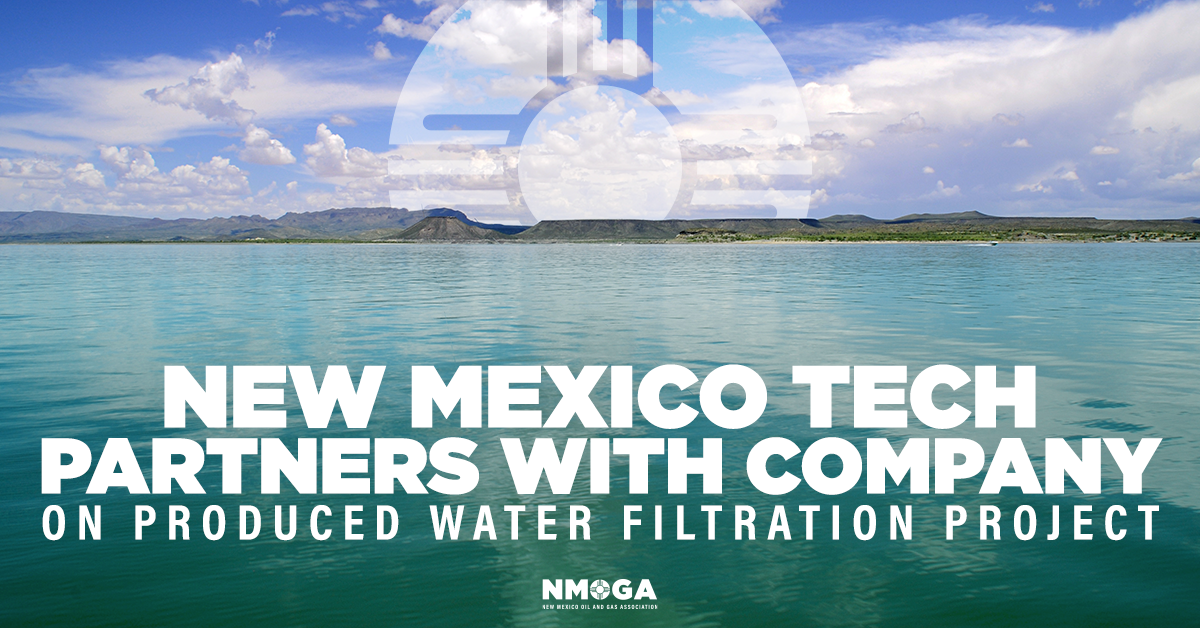 AZTEC — After decades of weathering the booms and busts of the oil and natural gas markets, PESCO Inc. has worked to expand the products it manufactures.

On Oct. 8, company leaders gathered their employees to discuss a new partnership with the New Mexico Institute of Mining and Technology to manufacture a product that may be used to clean up produced water in the oil and natural gas fields but can also be used to provide clean drinking water.

PESCO has been manufacturing products used in the oil fields for the past five decades, but the company's business development manager, John Byrom, said the firm has been working to expand its work.

Byrom said the company has been in contact with New Mexico Tech for a number of years about the technology.

"They're to a point now where they feel like they're ready to commercialize this product," he told employees. "So they reached out to PESCO to form a partnership. And so this technology could be used in a few different areas. One is to help the oil and gas industry clean up their produced water and reduce the amount of water that they'll have to dispose of and provide potentially clean water for other uses. But probably the bigger opportunity before us is to actually help provide clean water to places that need it."

Robert Balch, director of the Petroleum Recovery Research Center at New Mexico Tech, said his team has been working for 15 years on water-purification technology focused on produced water in the oil field.

"It's a huge problem in New Mexico and everywhere that oil and water is produced," he said.

He said the goal in the partnership with PESCO is "also to give something back to the community in the form of six or so of these water units for use out in Navajo Nation and other tribes."

"I like the idea of something homegrown in the state that can have a positive impact here, across the U.S. and around the world," Balch said.

Balch said the technology could be used to treat water from marginal or poor water wells on the Navajo Nation, which would increase access to drinking water.

He explained that the technology uses bundles of polymer "straws" the width of a human hair to filter out contaminants.

"You all are going to be part of the solution that helps bring water to the great Navajo Nation," Lizer told the workers.

Lizer praised the efforts PESCO has made to expand the types of products it manufactures. He said the diversification could help save the hundreds of jobs the company supports, as there is increasing pressure to transition away from fossil fuels.

PESCO officials told employees they are excited about the new opportunity.

"We don't want to abandon oil and gas," said PESCO President Kyle Rhodes. "It's been our livelihood for the last 50 years. But we need to start expanding."

New Mexico Tech is also partnering with Navajo Technical University on the project.