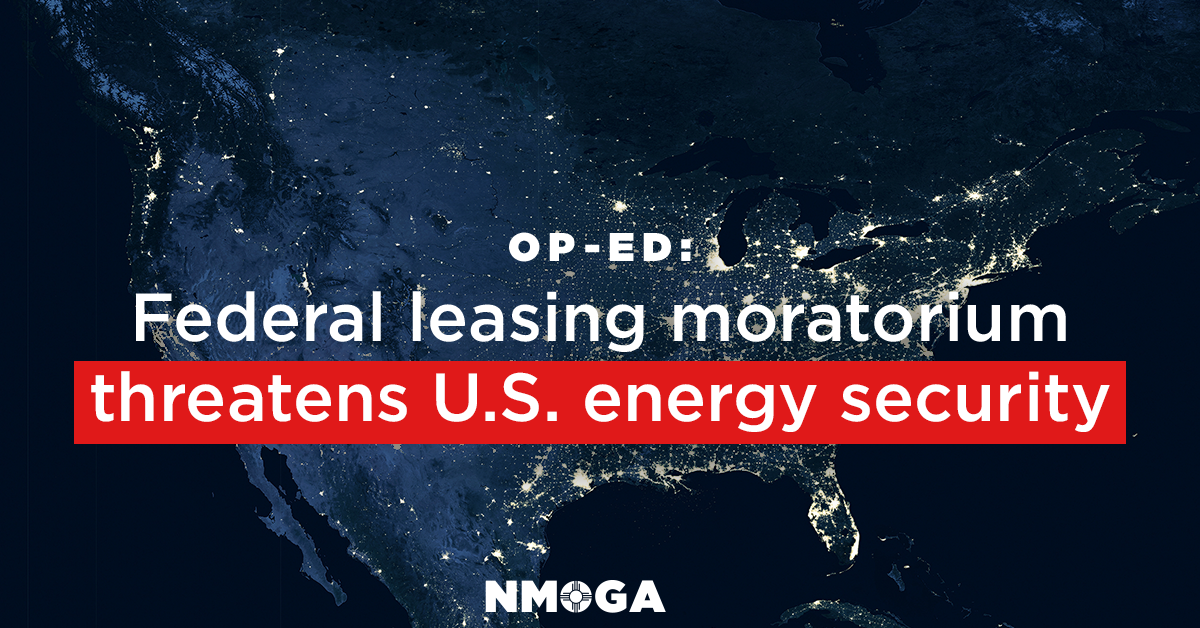 Since Day One, President Biden has taken bold measures on his energy agenda. Among his many initiatives is the reversal of several of the economic-driving policies of the previous administration. His federal leasing ban in particular is expected to have far reaching effects on local economies across the country, and increase reliance on foreign countries including Russia and Saudi Arabia for our energy needs. This approach would significantly undermine our country’s energy security and return the U.S. to a heavy dependence on energy imports.

In fact by 2030, such a ban could increase U.S. oil imports from foreign sources by 2 million barrels a day and spend $500 billion more on energy from foreign suppliers, according to an American Petroleum Institute analysis last year. This would leave America vulnerable to supply shortages and allow competitors such as Russia and Middle Eastern countries – among the largest natural gas producers but still lagging behind the U.S. – greater leverage in global energy markets.

The analysis also points out a potential of nearly 1 million jobs lost by 2022, especially in top producing states including Wyoming, Colorado, Utah and New Mexico. As our country continues to rebound from the economic downturn of the pandemic, now is not the time to put good paying jobs at risk.

Looking back to the 1970s, Americans had to wait in lines to get gas on designated days, because of an oil embargo imposed on the U.S. by the Oil Producing Exporting Countries (OPEC). Gas prices also increased 40 percent within a few months and President Nixon announced on November 7, 1973 a goal of U.S. energy independence by 1980. It is hard to imagine that just 50 years ago, we didn’t have the ability to choose when to fill up our cars or trucks. When we were allowed to get gas, based on a bureaucratic numbering system, it took hours in a line to get in front of a pump. I lived this inconvenience. We don’t have to repeat this nightmare.

The U.S. has since rebounded thanks to a domestic energy revolution, and innovation such as bidirectional drilling and hydraulic fracturing, which led to the doubling of U.S. oil production over the past decade. According to a recent Rasmussen poll, 69 percent of voters say maintaining energy independence is more important than banning fracking. Even as the U.S. continues to import oil, opportunities for exports have drastically risen. In fact, in 2019, the U.S. exported more total energy on an annual basis than it imported for the first time in 67 years, according to the U.S. Energy Information Administration (EIA).

Ending the development of new oil and gas leases in order to mitigate greenhouse gas emissions may actually cause the reverse to happen. The United Nations Emissions Gap Report 2020 recently found that the U.S. has made the most progress of any major economy in reducing its carbon footprint. The report noted that while greenhouse gas emissions per capita continue to rise in China, India, and Russia, emissions in the U.S. have dropped on average 0.4% annually over the last ten years.

A 2016 report from the Obama-era Department of Interior concludes that “America’s greenhouse gas (GHG) emissions will be little affected by leasing decisions and could, in fact, increase slightly in the absence of new U.S. Outer Continental Shelf (OCS) leasing.” The report further states, “foreign sources of oil will substitute for reduced OCS supply, and the production and transport of that foreign oil would emit more GHGs.” Even more concerning, the U.S. could be left with no choice but to revert back to its reliance on coal and other less clean forms of energy, which would also have a negative impact on emissions.

The U.S. is a global leader when it comes to energy, and halting new oil and gas development on federally owned lands will allow OPEC, Russia and Middle Eastern countries to rush in to fill the void. By forfeiting our position as an energy world leader, we are showing that we are not capable of supporting our European allies with reliable energy, or advancing our own domestic energy needs. President Biden’s moratorium on oil and gas leases on federal lands and waters should be reconsidered, as our domestic energy strength is critical both here at home and for our allies across the globe.