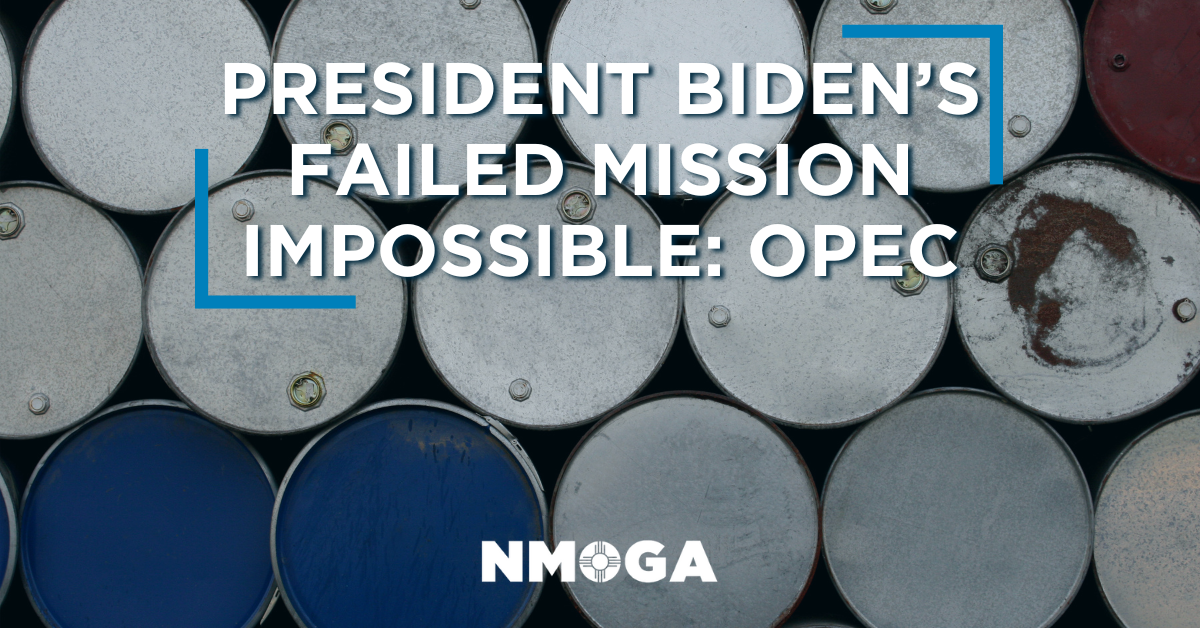 After President Biden ignored invitations to see first-hand how hardworking Americans across the country produce, transport and supply energy from the well head to your home, choosing instead to visit Saudi Arabia and attempt to negotiate OPEC into increasing its oil production to lower U.S. energy prices, OPEC responded this week by announcing one of the smallest oil production increases in its history.

Ministers of the conglomerate agreed to add a mere 100,000 barrels of oil per day (b/d) in September, offering little relief for consumers suffering from high fuel prices. In comparison, for July and August, the cartel pledged more than 600,000 b/d, and the Biden administration itself has promised to release 1 million b/d from the Strategic Petroleum Reserve.

“From a global balance perspective, today’s minuscule quota increase — the smallest since 1986 in absolute terms and smallest ever in percentage terms — is noise.”

This is just the latest example of the Biden administration and progressive Democrats missing the mark on the energy crisis and slow-walking our path to energy security.

For months, leaders in energy have expressed the needs of the industry to lower prices for consumers. From lifting the ban on federal leasing to supporting a regulatory environment that encourages investment in future oil and natural gas production, a secure energy future is possible within U.S. soil.

It’s worth seeing and the offer still stands to see how the U.S. oil and natural gas industry is stepping up to help lower energy costs here at home.

As we enter the last weeks of summer, U.S. oil and natural gas production continues to increase despite a lack of support from progressive leaders. In June and July, U.S. oil production hit a record 12.1 million b/d – cutting it close to pre-pandemic levels.

And while OPEC may not have influence over natural gas prices here in the United States, it’s worth mentioning that U.S. natural gas production is expected to reach a record high of 100 billion cubic feet per day in the near future, demonstrating independent domestic producers’ thirst for investment. In July, the United States also confirmed its spot as the world’s top LNG supplier. This major development has helped our allies in Europe even while providing critical natural gas at home, enabling U.S. LNG to be imported by Europe more this year than Russian pipeline natural gas – a feat no one would have predicted previously.

When it comes to delivering cost effective, reliable energy, domestic oil and natural gas companies deserve a seat at the table. After all, the numbers show we’re working hard to do our part to help lower energy prices across the country.

We’re here and ready to sit down – or better yet, to show you what we do across the country to provide essential energy. Are you ready to commit to meeting with us, President Biden?