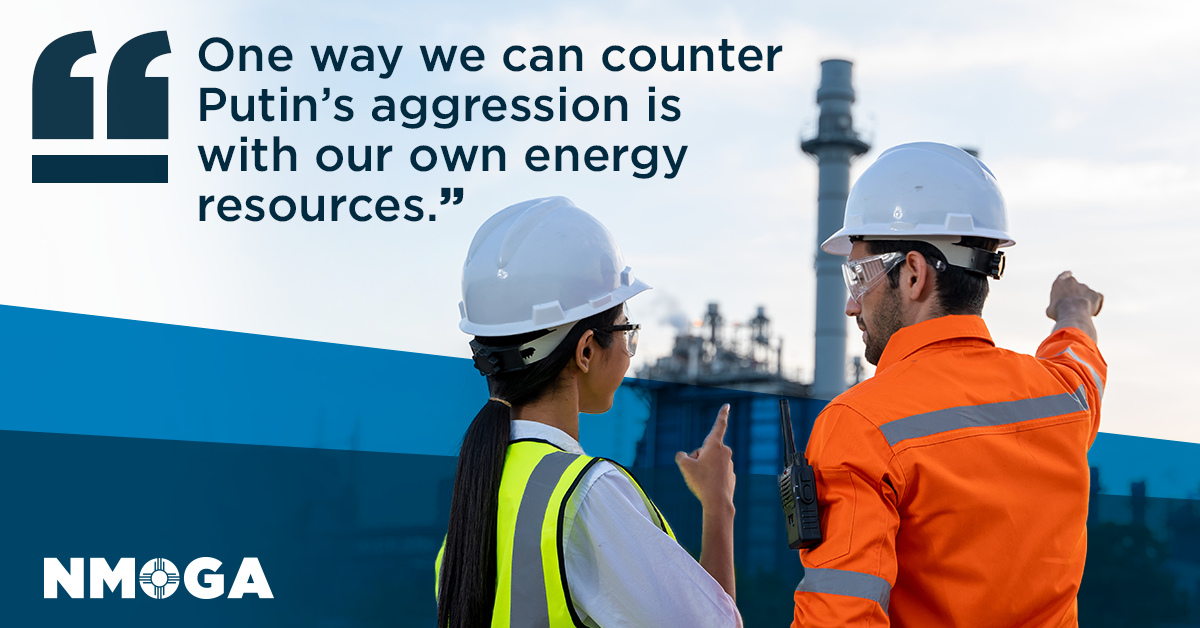 Russia’s brazen invasion of Ukraine has put into sharp focus the European Union’s dependence on natural gas and how easily Vladimir Putin can weaponize energy exports. We cannot stand idly by. One way we can counter Putin’s aggression is with our own energy resources.

The fallout from this invasion will cause energy prices to spike in Europe and around the world and presents a moment for President Biden to embrace a long overdue shift in policy. The United States can tilt the balance of power in Europe by increasing liquefied natural gas (LNG) exports to the continent, helping to reduce our allies’ decades-long dependence on Russian natural gas - and the economic, political, and military vulnerabilities that accompany it.

European leaders have already recognized the problem of depending on Russian energy. Germany, for example, recently blocked construction of the Nord Stream 2 pipeline that would have delivered even more Russian gas. But Europe still needs alternative options that are stable, affordable, and better for the environment.

American natural gas is stepping up to fill the energy void. In February alone, Europe received nearly 70 percent of all U.S. LNG exports thanks to our ability to redirect cargoes to markets that are in the most need. And we are only scratching the surface of what America’s energy industry is capable of.

President Biden and FERC have the authority to approve these facilities and should move quickly to do so.

Meanwhile, the United States currently has 13 FERC approved LNG export facilities representing over 22 billion cubic feet per day of additional export capacity that will be completed once they receive contractual obligations from customers.

Now is the time for countries in Europe to secure long-term contracts for U.S LNG. This would be an investment in a more secure energy future for Europe, providing a stable source of affordable fuel. LNG will also help our allies meet their climate goals as U.S. LNG exported to Europe has 10 percent lower greenhouse gas emissions than Russian pipeline gas.

The White House should explicitly position U.S. LNG as the preferred alternative to Russian gas. The administration should encourage more natural gas production, including restarting leasing on federal lands. FERC also needs to rethink its recent policy guidance for pipelines that lawmakers have identified as a major roadblock to developing the energy infrastructure we need.

The response to Russia’s invasion will be multifaceted, and one key pillar should be energy. If we truly want to counter Putin’s aggression, now is the time to take decisive action by expanding US LNG exports to Europe - a strong move that President Biden can take with both near and long-term benefits.