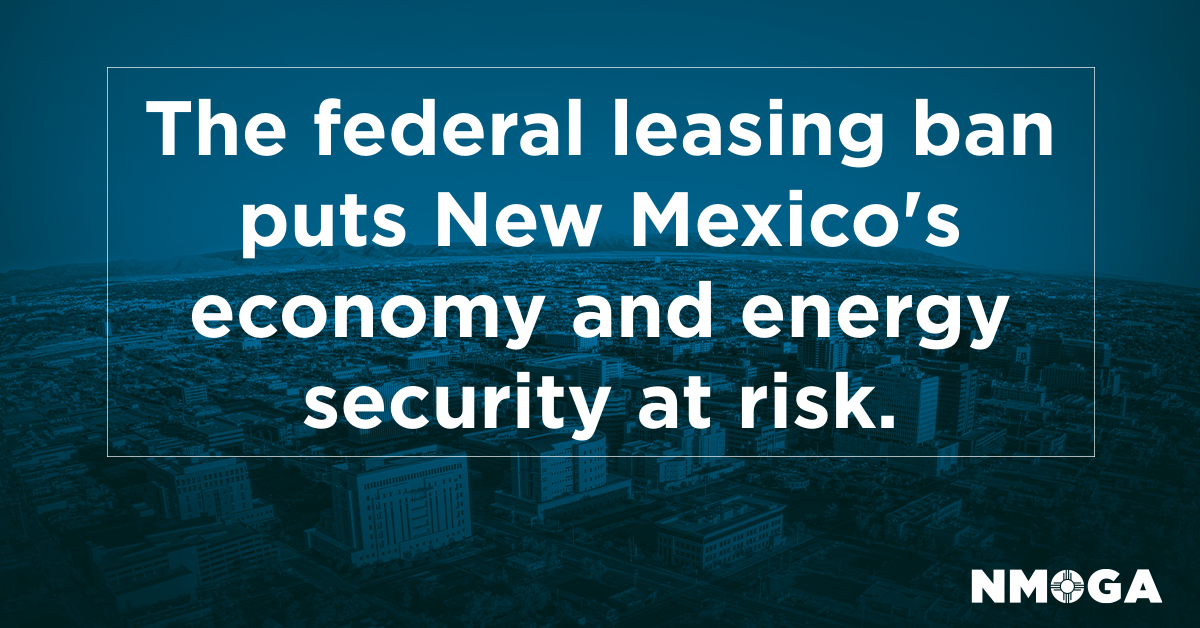 As tensions continue to intensify overseas following Russia’s invasion of Ukraine, the need to reduce our country’s reliance on foreign oil and gas is crucial. With record high inflation rates and gas prices soaring, I have never wished for our country’s prosperity more than I do now. As a lifelong resident of the Land of Enchantment, I have seen the state of New Mexico through both the good and bad. The Interior Department released its long-awaited report assessing the federal leasing program and decided to raise royalty fees for oil and gas leasing, triggering uncertainty for the future of federal leasing. I worry about the impact this news will have on our commonwealth with the steps the Biden administration has taken to weaken U.S. energy leadership, at a time when energy security is paramount.

Revenues from federal leasing have been the anchor of New Mexico’s welfare for decades. An analysis by the New Mexico Oil and Gas Association (NMOGA) of state revenue and spending reveals oil and natural gas production and development on federal lands in New Mexico accounted for $2 billion in revenue in 2020. The beneficiaries of oil and gas revenue are sectors including public education, state infrastructure, law enforcement, public health and others. Even with this abundance of tax resources received from the oil and gas industry, New Mexico is still in the top three poorest states in the nation. If federal lawmakers ever pass “Build Back Better” legislation with a proposed methane fee – or effectively a natural gas tax – our state’s energy sector will be further impacted.

Raised in Las Cruces, I have seen the true benefit the oil and gas industry provides for our state. My grandfather worked in the energy industry for El Paso Gas, which was later acquired by Kinder Morgan. Because of its sheer size and relevance to our region, oil and gas companies hold a large presence here. My community is deeply invested in the health of the industry. If oil and gas operations were to be hindered by the current administration’s detrimental policy decisions, the ripple effects would be severe.

New Mexico’s oil and gas industry has rebounded to pre-pandemic levels in key categories, delivering record amounts of petroleum to markets and money to state coffers. But what hasn’t rebounded are the state’s oil field jobs, which are expected to remain 25% or more below pre-pandemic levels for at least the next five years.

Furthermore, I will have to watch the public school systems suffer without adequate funding. … New Mexico’s public school students depend greatly on the success of these large companies that lease federal land to make a profit, and if that changes, the repercussions will be felt on a local level. …

President Biden should realize there are alternative, far more effective avenues of addressing the issue of climate change that do not harm hardworking people and young students. Our state needs to maintain a healthy business environment for oil and gas companies or else our families and children will suffer for decades. It is for the sake of my young children and the state that I hold dear that I do not support Biden’s federal leasing agenda and ask the administration to reconsider this policy.