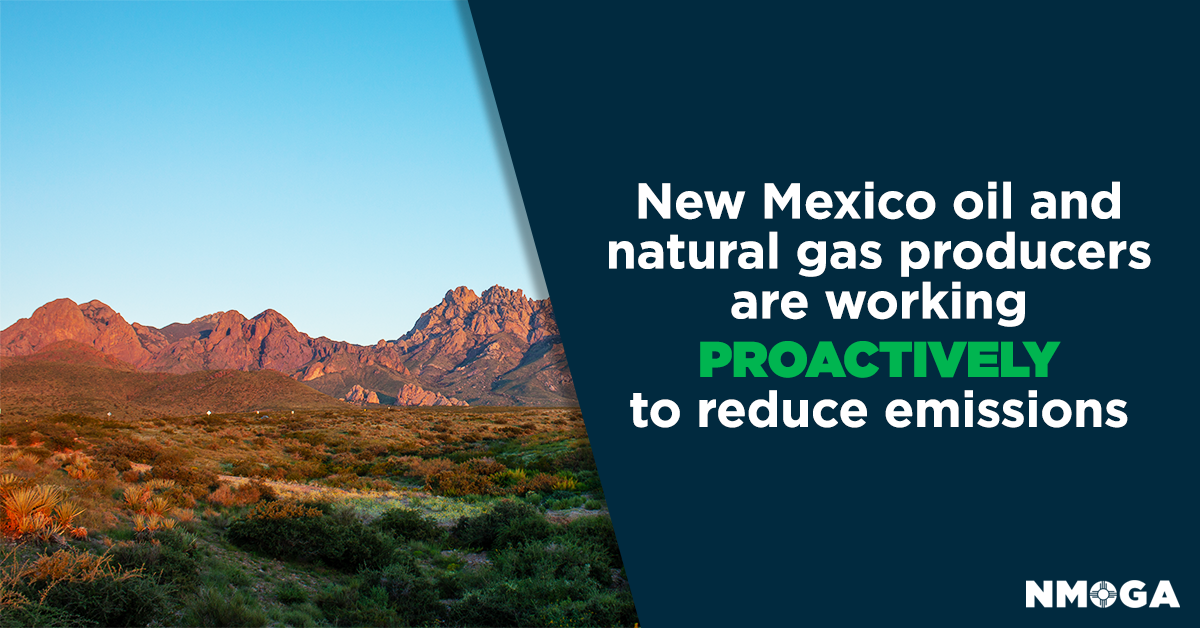 Major energy companies in the Permian Basin of southeast New Mexico said they were already well on their way to mitigating oil and gas emissions as regulators at both the federal and state level sought to increase regulations.

New Mexico’s oil and gas and environmental regulators recently signaled a push to mitigate greenhouse gases and pollution from oil and gas as the administration of President Joe Biden through numerous executive actions sought to slow production to study the impact of oil and gas.

But the private sector began investigating how it could reduce its own pollution years ago when oil and gas saw an historic boom in the Permian Basin.

In tandem with its North American shale subsidiary XTO Energy, ExxonMobil refocused on environmental efforts in 2017, said Chief Environmental Scientist Matt Kolesar, as oil and gas saw record-breaking growth led by the increasingly widespread use of hydraulic fracturing or fracking.

Kolesar said XTO embarked on a program then to reduce methane emissions voluntarily through enhanced leak detection, and redesigning facilities to reduce or eliminate emissions.

“I think we became aware of the scientific consensus that methane was a really important greenhouse gas. We saw that we could mitigate that,” Kolesar said. “We always said voluntary is good and is important, but at the end of the day, we need a level playing field to get everyone to participate.”

He said ExxonMobil was a long-time supporter of federal methane regulations, ensuring that companies would be required to reduce pollution as others did so of their own volition.

And as one of the biggest energy companies in the world, Kolesar said ExxonMobil could have the resources to develop methods to be shared across the industry.

“We’ve always felt the opportunity for us was to share and collaborate. We have the resources to advance the technology,” he said. “We seek collaborative partners for all our resources. We don’t want to push this as a competitive advantage. It’s for the betterment of the entire industry.”

The system uses ground-level sensors to detect methane emissions 24 hours per day with instant alerts being sent to operators if levels spike.

Each sensor panel contains its own solar panel, battery or WiFi connectivity and can take five methane measurements per second, while also capturing atmospheric conditions for context and measurements of hydrogen sulfide (H2S) and nitrogen dioxide (NO2).

It was being used in Project Falcon – a 6-month study in Colorado, New Mexico and Texas that started in March led by Colorado-based Scientific Aviation, with data planned to be publicly available.

“As the scientific community, the United Nations, and countless others have issued dire warnings about the impact of greenhouse gases on earth’s environment, the fight to combat this problem will take energy and technology companies working together to accelerate change,” said Scientific Aviation President Stephen Conley.

“These companies have determined that doing all they can to protect the environment requires collaboration.”

Sri Sridharan, sustainability and environmental programs advisor at Pioneer Natural Resources said curbing emissions was the “right thing” to do and that the industry was working actively to find solutions.

“We remain committed to doing the right thing, every day, and part of that is actively finding new solutions rather than just waiting for those solutions to present themselves,” Sridharan said.

“When we heard about Project Falcon and its goals of helping develop and optimize the next generation of technology for detecting methane emissions, we were 100 percent on board.”

That new generation of tech could take the form of a network of sensors across the basin, read a study from the University of Texas at Austin.

The university recently embarked on a project with the Environmental Defense Fund, ExxonMobil, the Gas Technology Institute and Pioneer Natural Resources to devise a system that would continuously monitor for methane emissions while sharing data across the supply chain.

Project Astra will see the data shared with energy companies who could then use it to devise their own emission mitigation strategies.

“This project has incredible potential and will open new pathways for companies to find and reduce methane emissions from the more than 1 million existing oil and gas wells in the United States,” said David Allen, lead investigator on the project and a professor of chemical engineering at UT Austin.

“Cost-effective, high-frequency monitoring for these assets will require innovative and disruptive techniques.”

Kolesar argued that the industry’s push to devise new technologies to lower its carbon footprint, coupled with a new regulatory focus from the State could mean more longevity and value for fossil fuels as they are developed increasingly responsibly.

“We really see a good opportunity with this emerging rulemaking in New Mexico to not only reduce traditional emissions, and we’re optimistic some of the technologies were finding can reduce those emissions and hopefully at a lower cost,” he said.

“We know there’s better ways to monitor and mitigate methane emissions. There are commercial, viable, scalable solutions at the doorstep. We want to get those integrated.”