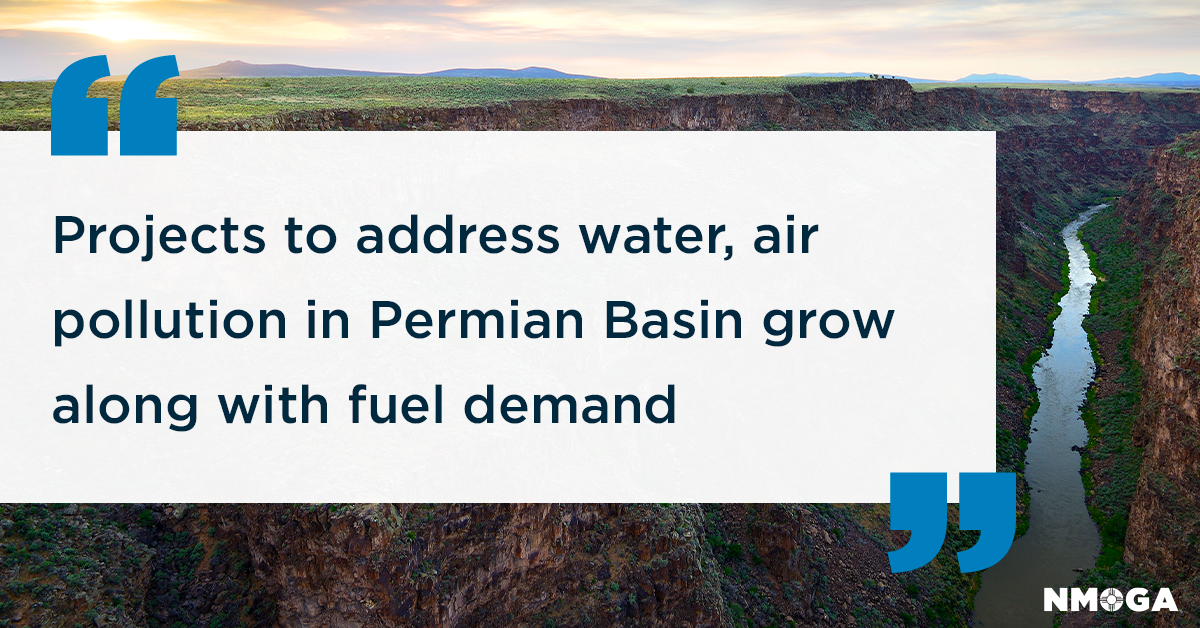 As oil and gas markets continued to grow along with operations in the Permian Basin early this year, so too did efforts to mitigate the environmental impacts of the industry.

Expansions in both management of wastewater from the industry and mitigation of air pollution in the basin were set to grow as production rose to meet increased demand during the world’s recovery from the COVID-19 pandemic.

Produced water is a combination of flowback from hydraulic fracturing operations and formation water brought to the surface with oil and natural gas. It is high in brine and toxic chemicals and is either disposed of through underground injection or recycled and reused in subsequent drilling.

Recently, companies began favoring recycling and reusing the water as the traditional use of disposal wells was opposed for fears of environmental contamination and induced seismicity.

Company officials said the joint venture between NGL and XRI would allow both companies to capitalize on the increased demand for new water management and recycling practices.

“NGL remains steadfast in our commitment to delivering full-lifecycle water management for our customers while remaining focused on the environment and the sustainability of our operations,” said Doug White, NGL executive vice president. “We have created a set of capabilities unmatched in the industry.

“As a leader in produced water management, we believe this approach will be the best way for us to continue to provide safe, efficient, reliable, and environmentally friendly solutions for our customers.”

Companies in the region also responded to demand for better carbon capture operations reducing the amount of air pollutants released by oil and gas operations.

The EPA approved Lucid’s submitted monitoring, reporting and verification (MRV) plan as to how it the company will dispose of CO2 via injection underground.

The plan documented how Lucid will capture and permanently store the CO2 which is removed from natural gas during processing, which is intended to provide Lucid’s customers with a more “sustainable” production, company officials said.

“This strategy has proven beneficial for all stakeholders, as Lucid currently removes more CO2 from Permian Basin shale production than any other midstream operator.”

Oil prices could continue rise, but as production grows so does supply, meaning energy prices could begin to decline and stabilize this year, read a recent report from energy industry analytics firm Enverus.

When COVID-19 hit the U.S. in March 2020, travel and business restrictions cause fuel and oil demand to plummet to historic lows, leading to decreases in production.

As COVID-19 vaccinations were lifted, demand recovered and quickly outpaced fuel supplies as companies struggled to re-up their production.

The price of domestic oil as of Monday morning was reported at about $93 per barrel, well above pre-pandemic levels in the low-to-mid $60s.

Meanwhile, Baker Hughes reported the Permian Basin added seven rigs in the last week, as of Friday, while New Mexico held steady at 92 rigs and Texas added 13 for a total of 300 rigs.

“U.S. supply growth should weigh down both commodity prices through 2022, but the timing for this correction depends on geopolitics for oil and weather for natural gas,” Mou said. “The added supply will allow a global build in stockpiles through the first half of the year.”