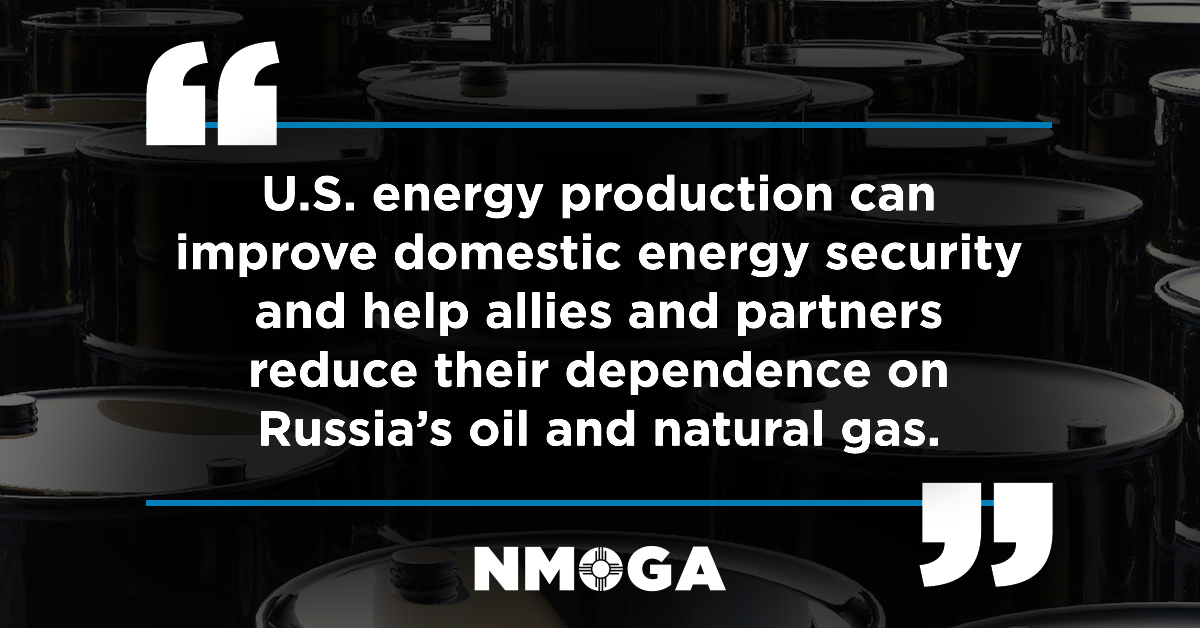 Yesterday, the Department of Energy released U.S. energy trade data for December 2021, giving us the first look at full year 2021 imports from Russia. With the backdrop of Russia invading Ukraine, DOE’s latest figures highlight the opportunity for domestic energy policies that strengthen U.S. energy security and help allies and partners reduce their dependence on Russia’s oil and natural gas.

In 2021, the United States imported 245 million barrels of crude oil and related petroleum products from Russia. This equates to nearly 672,000 barrels per day—an all-time record and a 79% increase from just four years ago.

With oil prices now pushing $100 per barrel and Russia dependent on energy sales to fund the government’s budget—including its military and the invasion of Ukraine—the leverage Russia’s energy exports exert over the West is now on display for the world to see. This reality is forcing urgent reconsideration of energy policies that contribute to this dependence.

Across Europe, leaders are announcing a series of measures intended to wean themselves from Russia’s energy grip. For example, having already halted certification of Russia’s Nord Stream 2 gas pipeline, German Chancellor Olaf Scholz announced his intention to quickly move ahead with construction of two liquified natural gas (LNG) import terminals, and to increase the volume of its natural gas in storage facilities. By importing additional LNG, Germany can displace Russian gas with much cleaner U.S. gas.

At home, average gasoline prices are racing toward $4 a gallon, and policymakers are considering options to enhance American energy self-sufficiency and the security of our allies. The list is long, but several measures stand out as no-brainers:

While shoring up energy security for the U.S. and our allies today, we must remain committed to the global energy transition. That means a continued focus on accelerating development and deployment of technologies to decarbonize our economy. Those include renewables, battery technology, advanced nuclear technologies, electric vehicles, and more fuel-efficient cars and trucks—all of which reduce dependence on imported fossil fuels. We need a more balanced conversation about how to have smart policies on climate while promoting energy resilience and national security. We must be able to do both.

Data shows that U.S. oil and natural gas production is cleaner than that of most other major energy producers. Energy Secretary Jennifer Granholm has described Russian natural gas as “the dirtiest on Earth.” Indeed, the International Energy Agency’s (IEA) Methane Tracker finds that oil and gas produced in Russia is estimated to result in 30% higher methane emissions per unit of production when compared to the U.S. (the actual difference is likely higher due to inadequate data collection). By the way, IEA estimates that the methane emissions intensity of Iranian oil and gas production—another U.S. adversary and top global producer currently using its spare export capacity as a bargaining tool as the U.S. negotiates a nuclear nonproliferation deal—is 85% higher than in the U.S.

While the actions we recommend will not change Europe’s desperate energy security circumstances overnight, that makes them no less necessary. They are critical to addressing energy security vulnerabilities over the coming decade and will send a much-needed signal to markets and potential investors that the United States is serious about supplying itself and its allies with the energy resources necessary to weaken Russia’s influence.