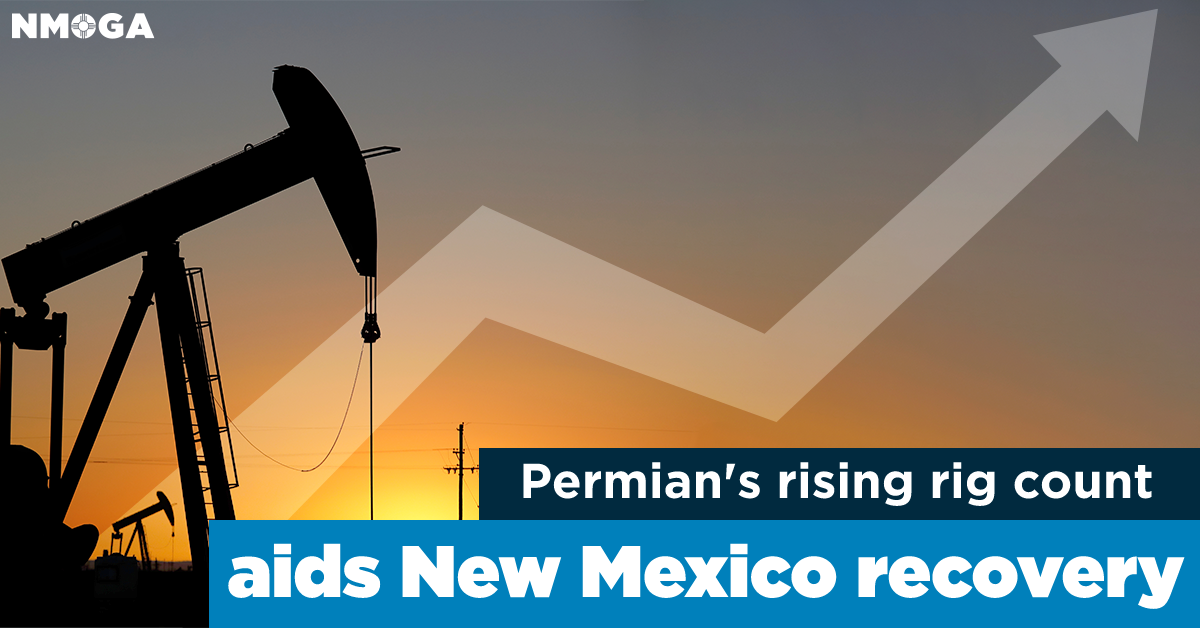 There’s some great news concerning the oil and gas industry in the state and nation right now. Baker Hughes reports that the count of total rigs in the United States has gone up from 461 to 470. The tally has continued to increase for the past two weeks. Much of that good news is taking place right here.

Our Permian Basin recorded a weekly oil rig tally of 237, one up from the previous week. The tally for oil drilling rigs in the basin increased in six of the prior seven weeks, as the price of West Texas Intermediate crude is now trading at more than $73 per barrel. The rig count was a record low of 116 back in August. Other media outlets note that companies such as Matador Resources, EOG and Diamondback Energy have recently announced plans to increase production. Outlets also note that the Permian Basin continues to retain a competitive edge because it’s cheaper to drill and complete oil wells in the Permian Basin and because returns here are so high. The average breakeven price in most of the Permian is below $50 per barrel.

What’s good for the Basin is good for the state. Earlier this summer, the Santa Fe New Mexican reported that revenues for the state of New Mexico are tracking about $350 million ahead of financial forecasts. This revenue stems from increases in gross receipts as well as royalties from oil and gas production on federal land. Experts even said that New Mexico is the only oil-producing state to have recovered to pre-pandemic levels. As of March, New Mexico was actually producing more oil than North Dakota. The state is expected to produce about 390 million barrels of oil during the ongoing fiscal year. That’s 20 million barrels more than projected in February, with each additional million generating about $3 million for the general fund.

As the energy industry stabilizes, Carlsbad is benefiting from the fact that our housing and apartment construction didn’t slow down very much during the COVID-19 pandemic. In the next few days, we’ll be talking about some of the subdivisions currently in development around Carlsbad. We’ll need those houses as more and more people return to Carlsbad to get back to work. Eddy County also has the second-highest average weekly wage rate in the state at $1,195, according to recent data from the Department of Workforce Solutions – tell everyone you know in other parts of the country that Eddy County is open for business.