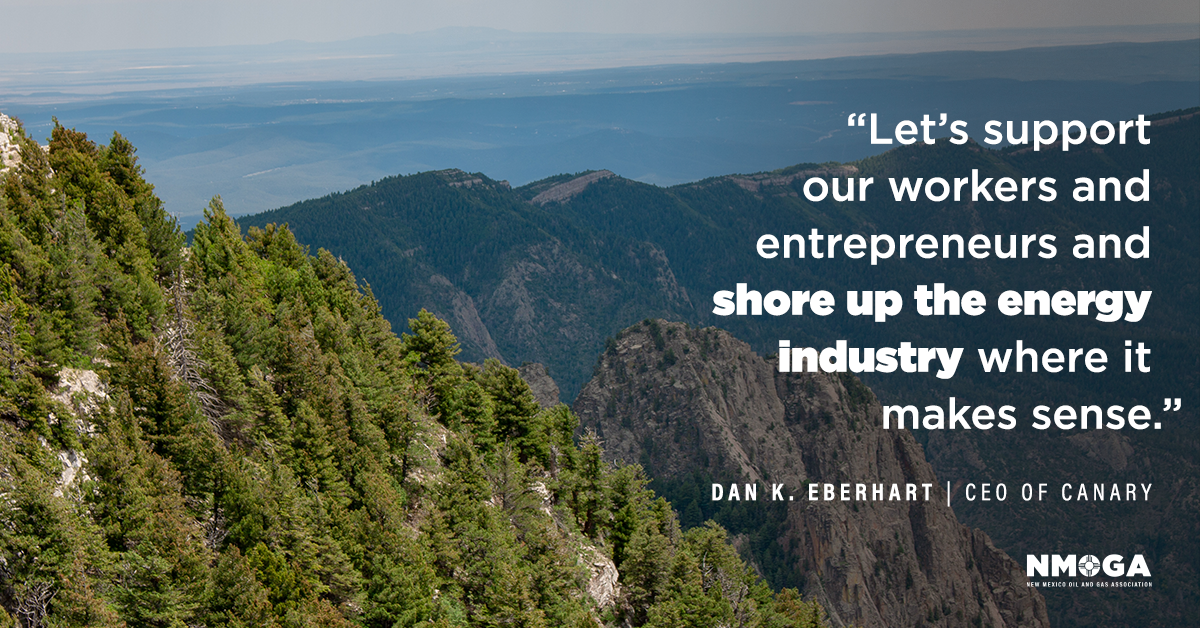 Oil prices have finally rebounded in recent weeks from below zero after a tumultuous spring with unprecedented pricing pressures on multiple fronts.

Prices are now about $35-per-barrel, which is still almost half of what it was only two years ago, and still below the break-even price for most producers — but that price is certainly an indication that prices are stabilizing.

That should be welcome news to anyone who truly cares about the American economy, millions of American workers and national security.

But some “experts” have been all too pleased to pronounce the industry dead or worthy of willful eradication — including, in recent days, a former member of the board of governors of the Federal Reserve, who suggested in the New York Times that any effort to help the industry’s workers and smaller operators through stimulus programs would be a bad investment for taxpayers.

This is irresponsible and extremely short-sighted coming from someone trusted with such power. First of all, these stimulus programs aren’t intended to be “investments” in the future of the fossil fuels sector, or renewables or any other industry for that matter; they’re supposed to help real people, most of whom come from modest backgrounds.

I know a number of them personally, the hardworking drillers, rig workers and derrick hands, and I can tell you their families have suffered real pain throughout this economic crisis.

But what also bothers me is the pundits misappropriating economic reasoning to prop up what I suspect is little more than mindless virtue signaling.

Climate change is a real problem — take it from an oilman — and our leaders need to deal with it urgently. But that doesn’t necessarily make any garden-variety anti-fossil fuel argument an economically sound one, and I suspect in many cases such claims are insincere and politically self-serving.

For example, investment firm Blackrock hopped on the Environmental, Social and Governance (ESG) bandwagon earlier this year, a move that likely helped it get in the catbird seat during the pandemic managing the Fed’s bond-buying program — which it may very well exploit in order to offload junk-rated, exchange-traded funds. That doesn’t sound like a very good deal for taxpayers compared to helping workers.

I’m not in any way arguing for a “bailout” for fossil fuels, but it’s fiscally senseless to just allow half the industry to wither on the vine, especially when the livelihoods of working people are threatened and our nation needs to protect its energy independence.

Stimulus funds that are carefully targeted to benefit industry employees and small-business owners are legitimate and a good value proposition. No serious economic analyst can argue that renewables are anywhere near ready to replace oil and gas wholly, so it is important that we restructure the industry in a responsible, economically sustainable way that keeps people working and America safe.

Renewables are becoming competitive, and I wholeheartedly agree that’s a good thing. But nothing will cause consumers to abandon the transition more quickly than a full-fledged energy crisis, which is why the reliability traditional energy resources will continue to provide in the coming decades is so important.

That’s particularly true of cleaner-burning natural gas, the bridge fuel that has almost single-handedly kept our domestic emissions from increasing this century.

Look, there are many underperformers throughout the fossil fuels industry, and excessive debt is clearly a problem; but we shouldn’t throw the baby out with the bathwater. Let’s support our workers and entrepreneurs, shore up the energy industry where it makes sense, and streamline it to the ultimate benefit of consumers.

What we need right now in a time of such profound uncertainty is a national energy policy that is committed to a balanced, all-of-the-above approach that strengthens our existing infrastructure, drives innovation and improves our nation’s overall energy efficiency in the long run.