Seven reasons a world without fossil fuels is not practical 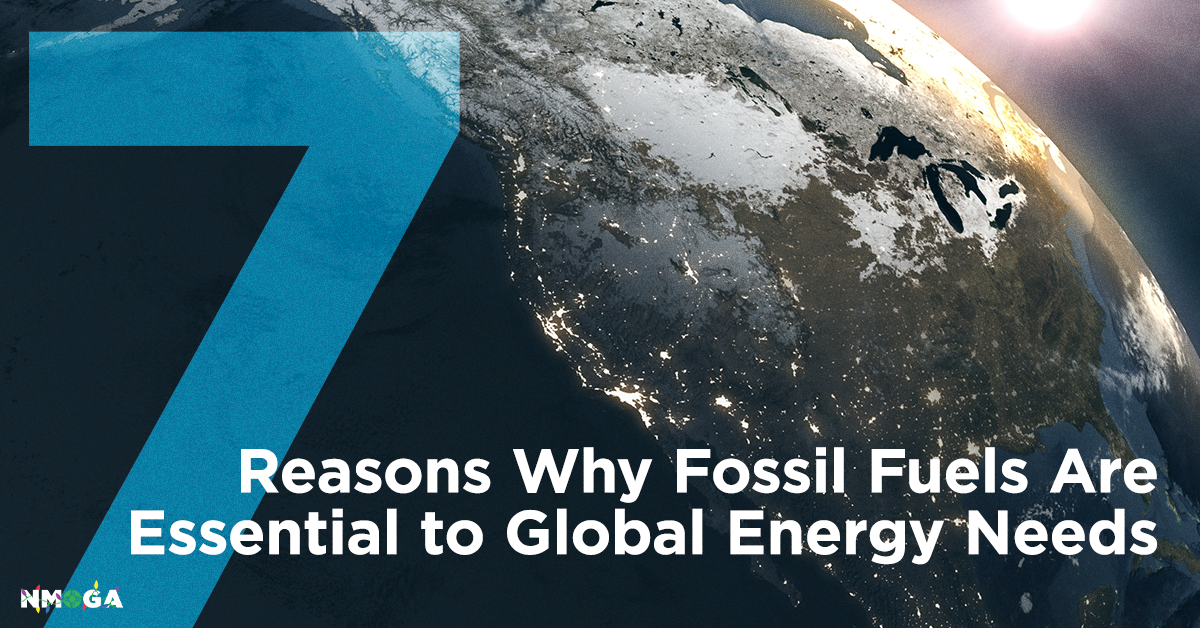 There has been a lot of talk about a "Green New Deal" that will rapidly phase out the use of all fossil fuels. As an investor who has long experience in the energy field, let me say that it is not practical for us to live in a world without fossil fuels for seven reasons.

First, fossil fuels (oil, natural gas, and coal) account for nearly 85% of the world’s energy consumption. Renewable energy, such as wind and solar, while growing rapidly, only comprises about 5% of the world’s energy supply, based on data from the BP Statistical Review of World Energy June 2020. Cries for eliminating fossil fuels are akin to prescribing medicine that cures an illness but kills the patient. By the way, most medicines, such as aspirin, use oil and natural gas-based petrochemicals in their manufacture.

Second, abolition of fossil fuels would ruin our quality of life. Just look at California this past August, where a heat wave and wildfires conspired to force the California Independent System Operator to order utilities to implement rolling blackouts. This was the consequence of an inadequate backup of reliable energy sources such as natural gas power plants and relying on power from neighboring states that lacked surplus power.

Third, the United States is the world’s No. 1 producer of natural gas and crude oil and a major exporter of energy. America’s oil and natural gas industry accounts for nearly 8% of U.S. GDP and more than 10 million jobs, based on figures from the American Petroleum Institute. To abolish these fuels would be ruinous.

It would also increase U.S. reliance on China, the world’s largest producer of rare earth minerals necessary for electric vehicles and wind turbines. China is also the dominant producer of solar panels, with an almost 70% market share. The U.S., after nearly 40 years of dependence on Middle Eastern oil, will now become energy dependent on China. Does it make sense to put U.S. energy security at risk in this manner?

Moreover, the ending of fossil fuels will harm developing countries. According to the World Health Organization, about 38% of the world’s population rely on dirty, high polluting fuels (wood, animal dung, charcoal, crop wastes, and unprocessed coal, for example), burned in inefficient and highly polluting stoves for cooking and heating. In 2016, about 3.8 million children and adults died from illnesses caused by household air pollution. LPGs (propane and butane), fossil fuel hydrocarbons, are a cleaner-burning solution that can save lives. Energy companies in the U.S. are meeting this humanitarian need through the export of LPGs to developing countries.

Meanwhile, you can't have renewables without fossil fuels. Materials derived from petrochemicals are critical to the production of solar panels, wind turbines, and batteries.

On the other hand, and seventh, a world with both fossil fuels and renewables will make the world cleaner and the planet healthier. A balanced approach is required. Ernest Moniz, former Secretary of Energy under President Barack Obama, once admitted, “We don’t have the technologies for the energy transition to net zero carbon.” It will require new advances in technology such as energy efficiency, longer battery lives, hydrogen fuel, carbon capture, and things we have not even thought of.

A world without fossil fuels is not practical, advisable, nor possible today. Who knows what the future might hold, but we know today that increasing the use of natural gas, while also increasing the use of other renewable energy strategies, will make the world a more prosperous and cleaner place for our children and grandchildren. That is the most practical strategy and the smartest way for America to move forward toward our energy future.