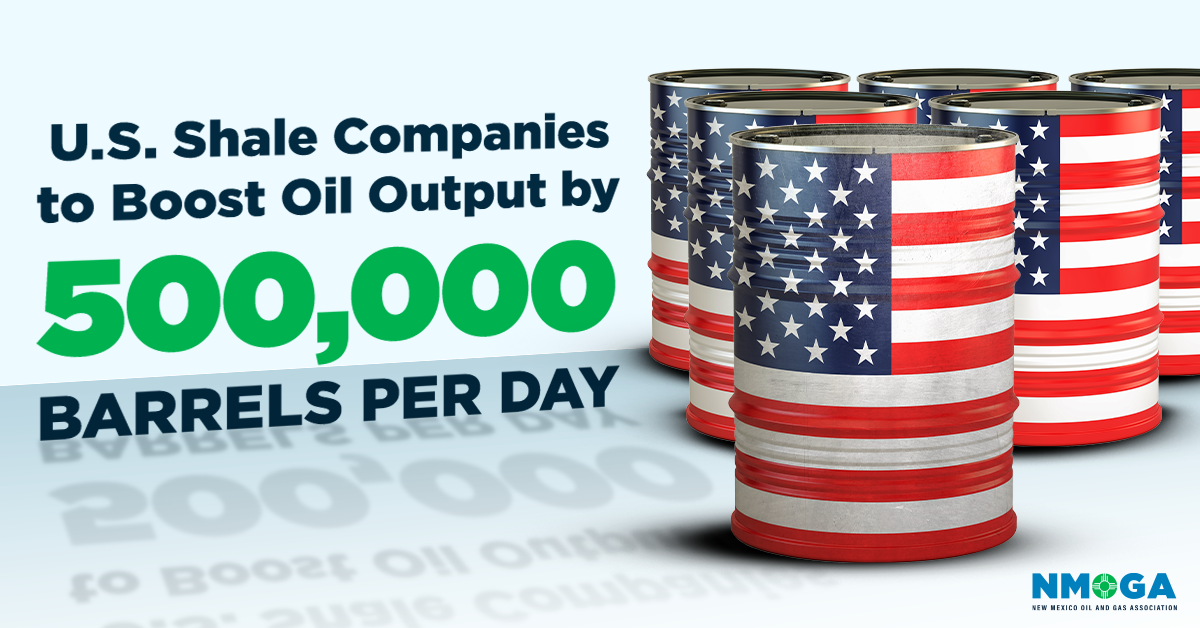 U.S. shale producers are expected to restore roughly half a million barrels per day (bpd) of crude output by the end of June, according to crude buyers and analysts, amounting to a quarter of what they shut since the coronavirus pandemic cut fuel demand and hammered oil prices.

Such a swift rise in U.S. production would complicate efforts by top producers Saudi Arabia and Russia to encourage global allies to fulfill their pledges to make record production cuts.

They, along with allies in a group known as OPEC+, agreed to big cuts in April to balance oil supply to prop up prices, and anticipated similar economic cuts by the likes of the United States as well.

U.S. producers cut supply by roughly 2 million bpd. But the recovery in benchmark oil prices to around $40 a barrel makes some shale output profitable again, even though that level is unlikely to spur additional new drilling activity. Larger producers are re-opening the taps in low-cost plays in Texas, but also in expensive shale basins in North Dakota and Oklahoma.

“With prices where they are now, if they stay above $30, I wouldn’t expect any significant curtailments from us in Q3 or beyond,” Devon Energy Corp Chief Executive David Hager said at a J.P. Morgan energy conference on Tuesday.

“Some of the bigger guys that we work with are starting to turn everything back on,” said Joshua Wade, an oil marketer in Oklahoma, who works with producers to transport barrels and buys lease volumes.

Producers are also pumping oil out of storage, which filled when demand plummeted as billions of people worldwide stopped traveling due to lockdowns to slow the spread of coronavirus.

Weekly oil data shows U.S. output at about 10.5 million bpd, its lowest since March 2018 and off the all-time monthly record of about 12.9 million bpd reached in November, according to U.S. Energy Information Administration data.

Much of the declines came from shale wells that were choked back but not shut-in completely, several shale company executives said.

About 8,000 bpd of the 10,000 bpd of oil that shale producer Devon curtailed came from choking back wells or slightly delaying wells.

“We’re in the process of bringing all of that back on,” Hager said.

Prices in cash markets reflect anticipated new supply. Crude oil for July delivery out of Midland, Texas, the heart of the Permian basin, sank to a discount to benchmark futures while Bakken prices fell to their weakest levels in a month last week.

As of Friday in North Dakota, where the Bakken is primarily located, about 60,000 bpd of production had come back online from mid-May, leaving 450,000 still shut, according to the North Dakota Department of Mineral Resources.

Companies including private-equity backed Lime Rock Resources have turned wells in the Bakken back on while Continental Resources told pumpers to be ready to ramp up activity by July 1, sources familiar with the matter said.

ConocoPhillips is thinking of bringing back curtailed volumes over the next few months after shutting in a third of its production, CEO Ryan Lance told research firm IHS Markit. The company will also restore 100,000 bpd in shut-ins in Alaska by July.

The increase in production may not last, analysts said. North American oil companies have slashed spending by 35%, and U.S. rig counts have dropped to a record low. Since shale well output declines by more than 60% after the first year, the reduced spend on drilling will weigh on shale production over the long term, sources at shale companies said.

One Bakken producer said they are operating at just 15% of usual output, and oil prices would need to hit $43 a barrel for output to fully resume.

“Oil going to $40 for a fleeting moment isn’t going to be enough for some of our stronger operators to say, ‘Okay, I’m going to just turn the turn the tap on.’ They need to see it be sustainable,” Nicholas O’Grady, CEO of Northern Oil and Gas said.