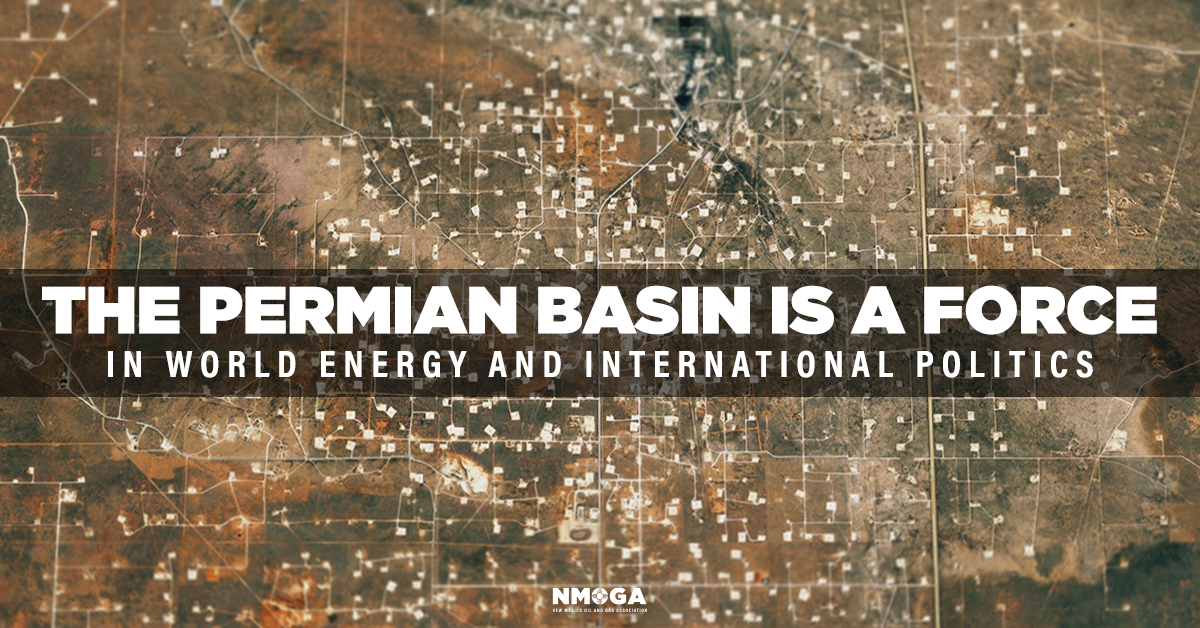 A new energy map has been etched by the shale revolution, a map that reflects changes for the U.S., Russia, China and the Middle East.

It’s been known for the last decade how the shale revolution – led by the Permian Basin – has vaulted the U.S. to the forefront as the largest oil and gas producer in the world, strengthened its energy and national security and given it new flexibility in foreign policy.

The Permian Basin became a force in world energy and in international politics in a way that was not anticipated even three or four years ago on the success of its unconventional resources, Daniel Yergin, vice chairman of IHS Markit and author of “The New Map: Energy, Climate and The Clash of Nations,” told the Reporter-Telegram in a phone interview.

All the changes brought about by the shale revolution in recent years prompted him to write the book, and then update it with the impact of the pandemic.

“There really is a need for a map – how do all these pieces fit?” Yergin said.

He said that he can tell from the reaction to his book that there is a hunger for a map, a framework to understand such changes.

Even though the Permian Basin energy industry has been battered by the demand destruction caused by the COVID-19 pandemic and market crash inspired by the market share battle between Saudi Arabia and Russia, he said it will recover.

“Recovery in U.S. shales and in the Permian Basin can begin in mid-2021,” he said. “It won’t have explosive growth again, but it will have growth.”

For the rest of the world and other producing nations, he said U.S. shales will be the defining factor in global energy for some time to come.

“It’s clear the direction is toward lower carbon,” he said. “Our energy system will be a mixed system and oil and gas will be a big part.”

“People don’t understand oil and gas is not just oil and gas for transportation,” Yergin said. “When (President-elect) Biden talks putting plexiglass up in restaurants, that’s derived from petroleum products. The importance of plastics has peaked during the pandemic, because it’s part of hospital equipment, the protective equipment they wear, and it’s used for sanitation.”

But the industry will have to adapt by providing low-carbon, environmentally friendly fuels, he said, pointing to increased development of carbon capture technology as a necessity moving forward.

“One of the most immediate issues for the industry is managing methane,” said Yergin. “That’s why Europe rejected import licenses for U.S. liquefied natural gas. The industry has to demonstrate it is addressing emissions.”

There’s also talk of an energy transition away from fossil fuels, he acknowledged. Since fossil fuels provide 84 percent of the world’s energy, that won’t change overnight, he said.

Yergin said he believes Biden and his new administration will recognize the industry’s importance, “not just for energy but to the economy, job creation and what it means to U.S. foreign policy and security. That message got lost in the campaign.”

That being said, Yergin said he also believes Biden will “step on the gas: on addressing climate change and re-engaging with the Paris Climate Accord, which he pointed out, is in fact a consensus rather than a formal agreement backed by the rule of law.

But even before the pandemic, even before the market share battle between Russia and Saudi Arabia, Yergin said U.S. shale producers were already preparing for the next revolution.

“It’s a revolution in terms of producers’ relationship with investors,” he said. “Investors are no longer interested in growth for growth’s sake. Investors want their money back. Producers have been reorienting to that when we went into the COVID crisis.”

Investors will focus on those companies that return cash to their investors and do a good job adjusting to the growing ESG – environment, social and governance – agenda, Yergin said.

He also sees consolidation as inevitable under the law of economics.

“The shale revolution initially depended on entrepreneurial companies to be leaders. That’s why it was initially dismissed,” he said. “Now the mission is to get scale, get costs down. For the last nine months there have been relentless price pressures. The impact of when the companies come out of the pandemic, the dramatic cuts in investments operators made, will show up in two or three years,” Yergin said.

Those investment cuts and activity declines will contribute to the next cycle, he said.

“The Permian will be the engine for the world economy for decades to come,” he declared. “It’s one of the great hydrocarbon basins in the world.”