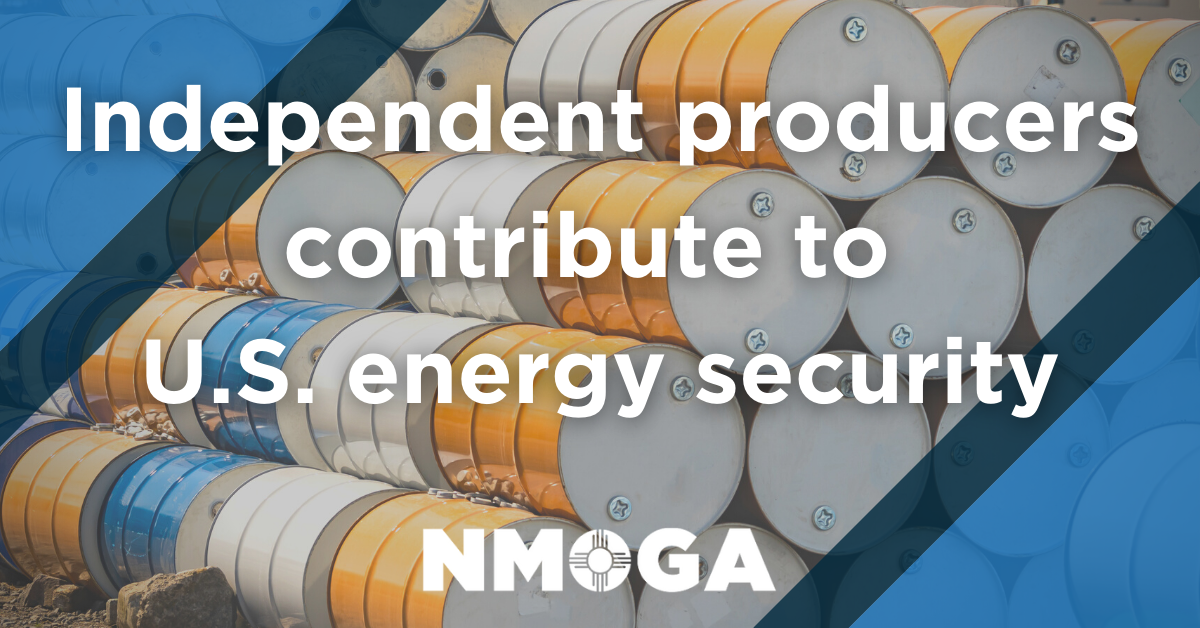 As global energy companies target the oil-rich Permian Basin in southeast New Mexico and West Texas for future growth in their extraction operations, a recent study showed smaller, independent producers lead growth in the region over the last few years amid a boom in fossil fuel development.

While major energy producers like ExxonMobil and Chevron tend to long-term target extraction projects throughout the world, independents typically focus on driving faster profits from specific oil-producing areas like the Permian and smaller operations.

Independents tend to only focus on one sector of the oil and gas supply chain, such as exploration and production, while the majors fully integrate to include production, processing, refining or distribution.

The Institute for Energy Economics and Financial Analysis reported in a recent study that independent oil and gas producers were leading the Permian in production even as larger companies seek to grow operations in the region.

The study analyzed data from 2018 to 2020, when oil and gas operations in the Permian saw record growth credited to the expanded use of hydraulic fracturing and horizontal drilling, finding smaller producers hold the most productive wells in the region.

Output from the Permian increased from about 890,000 barrels of oil per day (bopd), up to 4.3 million bpd in the last decade, the report read, more than double the growth rate of national oil production in the last 10 years, per data from the federal Energy Information Administration.

“Both Chevron and ExxonMobil see the Permian as the future of their domestic upstream growth,” said Trey Cowan, oil and gas analyst at the Institute. “But the reality is that they are not likely to overtake independent producers at their current pace.”

Pioneer Natural Resources, and independent producer focused on the Permian, bought out two others: Parsley Energy and DoublePoint Energy in multi-billion deals earlier this year, making it the Permian’s largest fossil fuel producer in the Permian, the study read, overtaking another independent Occidental Petroleum.

Meanwhile, independent ConocoPhillips bought out Shell’s Permian Basin assets earlier this fall in a $9.5 billion deal, and could be positioned, read the study, to take the lead in months to come.

The acquisition exemplified the growing lead independents have on Permian Basin production, the study read, which it said was likely to continue in the coming years.

“While Big Oil has held substantial acreage positions across the Delaware, Midland and Central Basin Platform in the Permian, we find little by way of well production quality to distinguish the supermajors,” Cowan said.

Robert McEntyre with the New Mexico Oil and Gas Association said the Permian Basin and New Mexico’s prominence as a major energy producer was driven by a diversity of operators including global and regional companies.

“Oil and gas producers of all types and sizes have made New Mexico and the Permian Basin the preeminent focus of energy development in the United States,” he said. “Because of this leadership, safe and responsible production is creating jobs, proving revenue for state and local budgets, and making us more energy secure.”

But smaller companies could be at greater risk of increased regulations and growing costs of compliance, industry leaders argued, as both the State of New Mexico and federal administration this year pursued policy reforms targeting fossil fuel production to reduce pollution and the impact on climate change.

“Policymakers in both Washington and Santa Fe should embrace and recognize the enormous benefits provided so that we can support and supply people all over the world with reliable, affordable, and ever cleaner energy,” McEntyre said.

The debate over the impact policy could have on independent producers came to the forefront of state policy decisions as the New Mexico Environment Department (NMED) worked to finalize its emission-reduction rules intended to reduce the release of volatile organic compounds (VOCs) and other emitted chemicals believed to contribute to forming ground-level ozone – a cancer-causing air pollutant.

While this was touted by environmental groups as needed action to ensure the effectiveness of the rules, Jim Winchester executive director of the Independent Petroleum Association of New Mexico argued it could risk smaller producers and thus New Mexico’s energy industry as a whole.

“If passed, this rule threatens to put thousands of jobs at risk, prematurely plug or shut-in marginal wells, and inflect economic hardship on New Mexico with little to no gain to the environment,” Winchester said.

“We strongly urge the Governor and the administration to reconsider marginal well provisions that have been taken out of this final draft.”