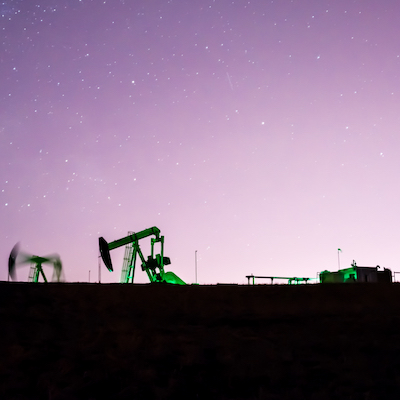 However, such a boom would also put a strain on area schools, hospitals and already dangerous roads, which could require additional financial investments from the state.

“It’s great, but we have to be ready,” said Egolf, a Santa Fe Democrat who recently traveled to Houston to meet with energy industry executives.

“Over the coming years, it’s not unthinkable that we’re going to have billions of dollars for schools and infrastructure,” he said, asserting that New Mexico could soon become the nation’s top onshore producer of crude oil.

Much of the action is in the Delaware Basin, an oval-shaped shale-rock formation that protrudes from southwestern Texas northward into Lea and Eddy counties in New Mexico.

ExxonMobil recently purchased access to about 3.4 billion barrels of oil-equivalent reserves in the New Mexico side of the Delaware Basin, and other large producers have been active in the area.

New Mexico Oil and Gas Association spokesman Robert McEntyre said the Delaware Basin has become a “sweet spot” for drilling activity in the past year, due in large part to stacked horizontal layers of oil deposits that have become easier to access thanks to recent advances in drilling techniques.

In all, he said, the Permian Basin – a larger area that includes the Delaware Basin – has had roughly $10 billion in energy industry investments and acquisitions this year.

“We should see, if market prices hold, a steady increase in drilling,” McEntyre said. “As long as New Mexico continues to be a favorable place to do business, we can expect to see those numbers go up.”

Among the most volatile states in the nation when it comes to annual revenue streams, New Mexico relies heavily on oil and natural gas taxes and royalties to help pay for state government operations. When oil and gas prices plummeted in recent years, overall state revenue levels also went down.

But the recent improvement in drilling techniques and production methods have driven an increase in New Mexico oil production and, along with it, a long-awaited bump in revenue flowing to the state.

New Mexico has had an average of 65 active rigs during the current fiscal year, compared with 36 a year ago, according to Legislative Finance Committee data.

And state lawmakers will enter a 30-day legislative session next month with an estimated $199 million in “new” money for the coming budget year, marking the first time in three years that additional dollars would be available.

While other sectors of New Mexico’s economy have also shown signs of growth in recent months, much of the revenue uptick is being driven by the development in the Oil Patch.

Some state officials and lawmakers have seen it coming.

Gov. Susana Martinez released an energy plan for New Mexico in 2015 that called for broad infrastructure development in the state’s Permian Basin in the southeast and the San Juan Basin in the northwest to facilitate oil and gas development.

That included road improvements – such as money to expand U.S. 82 in Eddy County from two to four lanes near Artesia – and new pipelines to transport crude oil and natural gas.

More investments could also be needed, which would be a boon to construction and hospitality industries but might pose growing pains along the way.

But for a cash-starved state that’s weathered several years of spending cuts and has struggled to keep up with the job growth of its neighbors, the latest boom is welcome news.