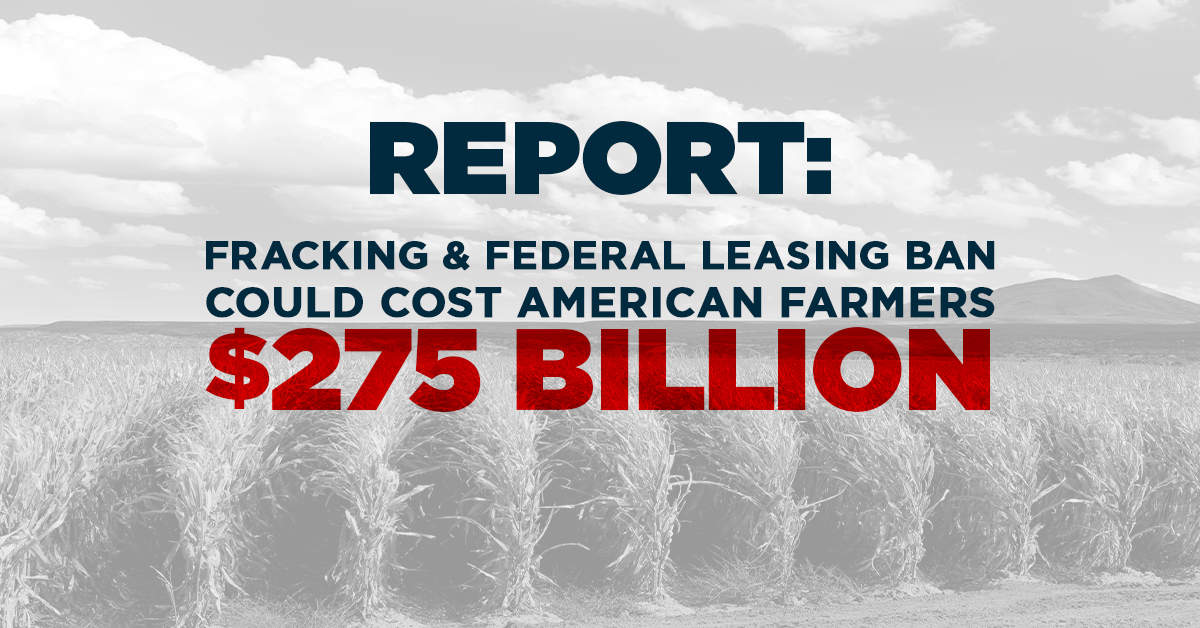 A ban on hydraulic fracturing would not only impact the oil and gas industry, but every other business in the U.S., reported a new study from the American Petroleum Institute (API).

The API released its study on Thursday, aiming to outline the impacts of a ban on fracking as proposed by several Democrat presidential hopefuls this year, including front runner Sen. Bernie Sanders of Vermont.

If fracking was banned nationwide, the U.S. gross domestic product (GDP) would drop by $7.1 trillion by 2030, read the study.

The study reported that annual household incomes would drop by about $5,000 per year, with American families paying an increase of about $618 per year in household energy costs, including higher costs for gasoline, natural gas heating and electricity.

“The U.S. economy would be at risk of falling into a recession,” said API President Mike Sommers. “American families will earn less, and energy costs would skyrocket.”

A ban on the fracking process, which was credited with America’s recent boom in production and rise to become the world’s top energy producer, would also shift the U.S. away from energy independence, Sommers.

The U.S. would also be forced to import more oil, read the report, relying on foreign suppliers for 21 percent of its total energy needs by 2030, while importing more than 40 percent of its supplies.

“The proposal would shut down energy production in the U.S.,” Sommers said. “Fracking has been one of the most significant technology advancements in American energy in history. American families are shocked to hear these proposals.”

The report also analyzed a fracking ban’s impact on other major industries such as agriculture, which Sommers was a high user of energy.

“American farmers would suffer the most,” he said. “Agriculture is a high-energy-use industry.”

Total cumulative farm income would drop by up to $275 billion, a 43 percent drop, the study read, with the average annual loss predicted at $25 billion.

“One of the reasons we wanted to analyze the economic consequences was so people can see it doesn’t just effect energy jobs, it could affect their job,” Sommers said.

“It would affect every business in this country, and every person in this country. We understand that there is a lot of concern with this technology, but we wanted to show the full economic consequences of a ban on fracking.”

For states like New Mexico that rely on oil and gas production for most of its revenue, Sommers said the effects would be even worse.

Most of New Mexico’s oil and gas production occurs on federal land, and Sommers said state initiatives such as a proposal from New Mexico Gov. Michelle Lujan Grisham to provide free tuition for in-state college students was only possible because of oil and gas and fracking.

“The governor has proposed that every New Mexican college student could go to college for free. That is only because of oil and gas production on that land,” he said. “The effect on federal lands is very significant and the effect on states.

“It’s not just on the federal level. It’s on the state and local level. This is significant for New Mexico because oil and gas has become so big in that state. It’s become a game changer.”

Democrat U.S. Sens. Tom Udall and Martin Heinrich of New Mexico both voiced opposition to a ban on fracking in response to the introduction of Sanders’ Ban Fracking Act in January.

U.S. Rep. Xochitl Torres Small (D-NM) said a fracking ban would “shut down” oil and gas production in New Mexico and cut off an important funding source for public services such as education.

A report from the U.S. Chamber of Commerce’s Global Energy Institute found such policies could cost New Mexico 142,000 jobs or 15.8 percent of the state’s workforce and eliminate $86 billion in cumulative gross domestic product (GDP) through 2025.

“I’ve consistently opposed a fracking ban because if we shut down oil and gas drilling in New Mexico today, we’d have to shut down our schools tomorrow,” Torres Small said. “I will continue to support responsible energy production in the district, including one of the country’s largest sources of oil and gas in the Permian Basin.”

But Sanders argued the economic benefits of oil and gas were not worth the environmental harm he said was brought on by fracking.

“Fracking is a danger to our water supply. It’s a danger to the air we breathe, it has resulted in more earthquakes, and it’s highly explosive. To top it all off, it’s contributing to climate change,” Sanders said.