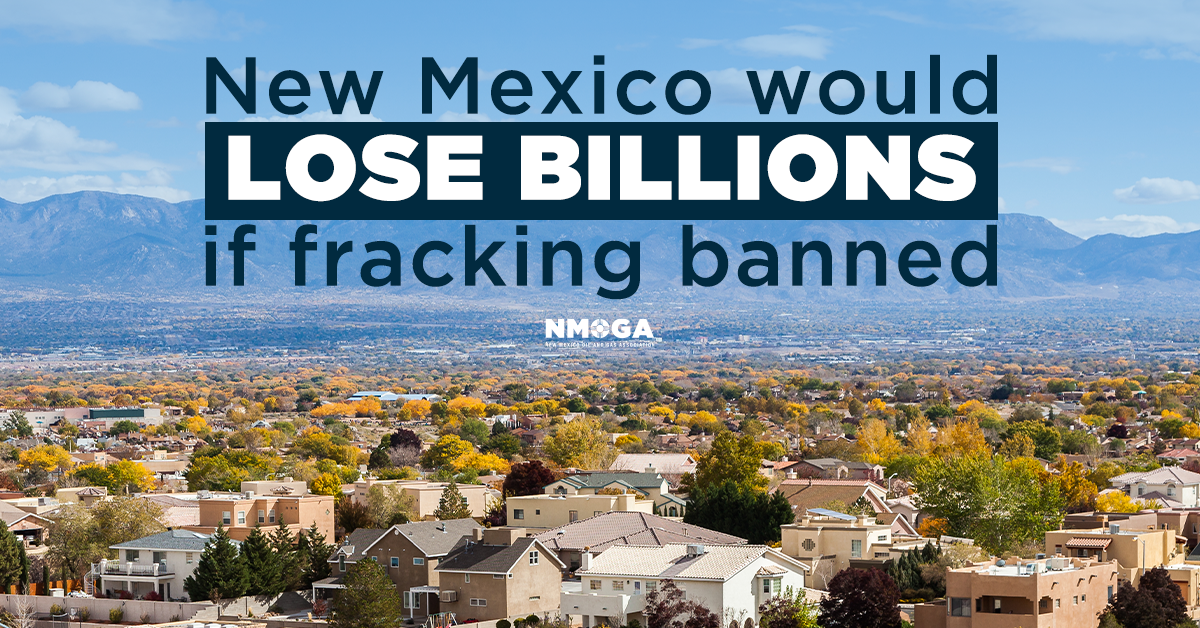 Multiple candidates for the Democratic presidential nomination proposed bans on hydraulic fracturing – a process used to extract fossil fuels from underground that was credited with the nation’s recent oil and gas boom – should they win the presidency.

The recent boom in extraction was led primarily by fracking provided billions in state revenue and made up more than a third of New Mexico’s budget.

Fracking involves the pumping of water, sand and chemicals underground to break up shale rocks, allowing oil and natural gas to be extracted for energy development.

U.S. Sen. Elizabeth Warren of Massachusetts said she would not only ban fracking but place a moratorium on any oil and gas leases on public lands.

“On my first day as president, I will sign an executive order that puts a total moratorium on all new fossil fuel leases for drilling offshore and on public lands. And I will ban fracking—everywhere,” Warren tweeted on Sept. 6.

But a report from the U.S. Chamber of Commerce’s Global Energy Institute found such policies could cost New Mexico 142,000 jobs or 15.8 percent of the state’s workforce and eliminate $86 billion in cumulative gross domestic product (GDP) through 2025.

A ban on fracking could also cause New Mexicans to lose $26 billion in household income, the report read, at an average of $10,723 per household in 2025.

The State would also lose $8 billion in state and local tax revenues during that time, read the report, and federal government tax receipts would drop by $8.3 billion.

“The bulk of those gains can be attributed to the recent boom in oil and natural gas production stemming from hydraulic fracturing,” read the report. “Because of hydraulic fracturing our air is cleaner, our economy is stronger, and we have stabilized global energy prices, reducing costs for American consumers and helping allies around the globe.”

Fracking debate shifting away from bans

President of the Global Energy Institute Marty Durbin said he hoped the study could inform the national conversation about fracking, and move it away from outright bans to a discussion on what the industry can do to continue improving safety and protecting the environment amid the boom in fracking.

"We need to start shifting the debate," he said. "You've got a lot of candidates trying to get attention. They're taking extreme stances. I understand that, but they have to be held accountable.

"There's real-world harm if you turn around and ban fracking."

Durbin said New Mexico was ideal to open up the discussion, and point to the benefits – locally and nationally – of oil and gas development.

"We've shown it can be done safely. We can have those discussions," he said. "Let's continue to reap the benefits and see what that means for a state like New Mexico."

The New Mexico study was the first part of a national study the Chamber was planning to publish in the coming months, looking at the impacts to six other states.

"(The study) really shows the interaction between industry, consumers and local government," Durbin said. "It really shows what benefits can be attributed to which activity, so you can see that if you stopped a certain activity, what the impact would be."

A four-year moratorium on fracking throughout the state was proposed in Senate Bill 459, during New Mexico 2019 legislative session.

The bill died in the Senate Conservation Committee.

A fiscal impact report from the State’s Legislative Finance Committee (LFC) found the bill would cost New Mexico about $3.5 billion in lost revenue from oil and gas extraction, while costing local governments $327.5 million through the bill’s term until 2023.

“Substantial changes to how this industry operates in New Mexico – such as a temporary ban on hydraulic fracturing – would cause severe revenue losses,” read the report. “Without a source of revenues to replace these losses, this bill would have a substantial negative budgetary impact.”

Nora Sackett, spokesperson for Lujan Grisham’s office said the governor would call on any Democrat elected to the White House to take a balanced approach and respect states’ individual needs instead of sweeping bans on industry practices.

“The governor would expect a Democratic White House to work with the different states and give them the ability to figure out how to best deliver on our collective transition to renewable energy sources and support our investments and different needs, as any competent and professional federal administration would,” Sackett said.

A U.S. Sen. Martin Heinrich (D-NM) said he was also opposed to ban on fracking. He said he supported a shift to renewable energy, but worried and outright ban could halt American energy production, forcing the U.S. to rely on foreign countries, putting national security at risk.

“As an engineer, I am certain that our capacity to confront the climate crisis rests heavily on our ability to make policy driven by facts, by data, and by the best available science,” Heinrich said.

“There’s no question we should be moving away from fuels that contribute to climate change. However, outright bans risk unintended consequences like shifting production to places like Venezuela and Russia.”