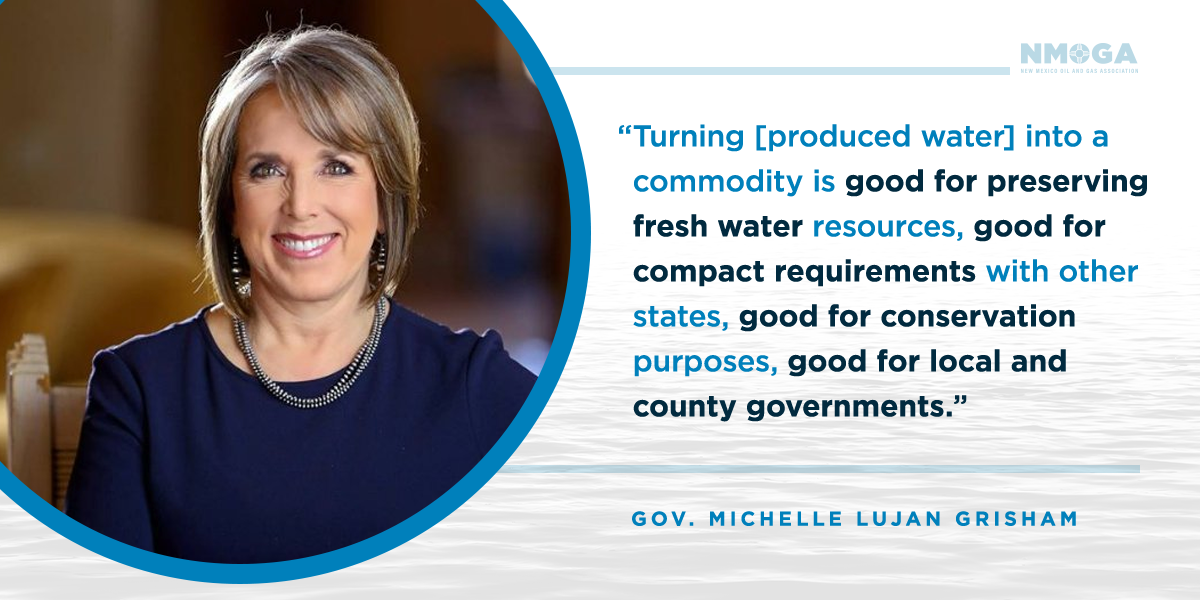 Oil and gas producers in Texas are seeking ways to mitigate waste water from oil and gas operations, as state lawmakers in neighboring New Mexico moved to do the same.

The two states share the Permian Basin, a vast underground oil and gas shale play credited with leading the U.S. toward energy independence and driving up local economies in the region.

The Permian’s rise to prominence was due to hydraulic fracturing, or fracking, and horizontal drilling.

Fracking uses a combination of water, sand and chemicals pumped underground to break up rocks containing oil and natural gas.

It uses billions of barrels – about 42 gallons each – of water each year.

“Turning this waste product into a commodity is good for preserving fresh water resources, good for compact requirements with other states, good for conservation purposes, good for local and county governments,” she said.

A report released Monday from the Texas Alliance of Energy Producers said 8.5 billion barrels of produced water – or waste water – was created in 2017 across Texas and could increase to more than 15 billion barrels by 2023.

The study titled Sustainable Produced Water Policy, Regulatory Framework, and Management in the Texas Oil and Gas Industry: 2019 and Beyond said Texas oil and gas producers will be forced to continue sourcing water for fracking from an area in West Texas where water is scarce and freshwater sources are depleting.

While extractive activities including mining and oil and gas only accounts for about 1 percent of water usage in Texas combined, the report called upon the industry to find ways to recycle and reuse the water, instead of injecting it back into the ground through disposal wells.

“Water demand for fracturing operations will continue to increase due to the growing numbers of wells drilled and completed coupled with the concurrent increase in fracturing fluid proppant intensity, well lateral lengths and well design improvements,” read the report.

The solutions, per the report, could be in treating the water on the surface for it to be reused for future fracking jobs.

This could cut down on freshwater use, per the report, which is needed for drinking water and irrigation, while also reducing the number of trucks on the road hauling water to drilling facilities.

“As treatment costs have come down and freshwater prices have gone up, operators have been able to reduce operating costs,” the report read. “Even if the cost between fresh and produced water were on a par, using produced water rather than fresh reduces truck traffic and decreases associated environmental and infrastructure impacts.”

Producers in Texas are already using about 80 percent produced water in fracking, but many are hoping to move to 100 percent reuse, read the report.

The capacity of underground shale to accept disposed water via injection was also questioned, but the cost of treatment continued to be a concern.

But as new technology is developed, the report expected produced water treatment to grow as a sector of the industry, even generating water that could be reused in other industries such as agriculture.

“Disposal options must be considered and maintained. Going forward, disposal capacity may become limited, which will require more support from produced water treatment for recycling and reuse,” the report read.

“Future advancements in desalination technology may lead to an economically competitive solution for the growing wave of produced water in Texas and could allow for more beneficial reuse outside the oilfields.”

To get closer to that goal of potentially watering crops with water once used in oil and gas operations, the report gave 10 recommendations to the Texas oil and gas industry.

“The question remains: what is needed for produced water to become a valuable commodity with beneficial use outside the oil and gas industry?”