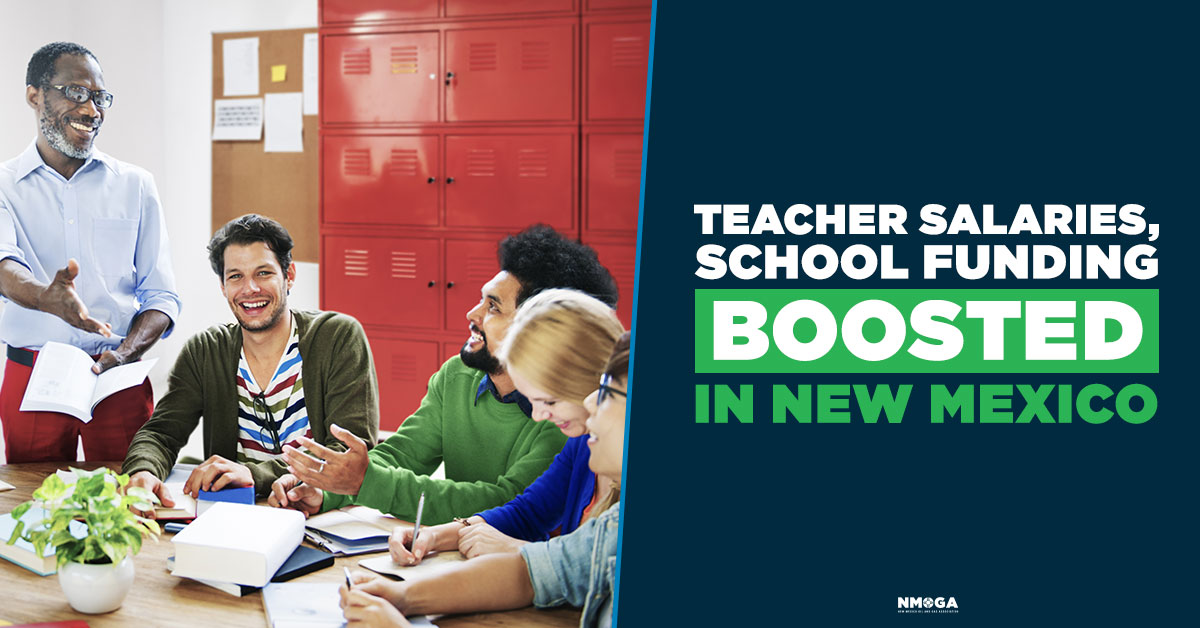 The signings came as her new administration responds a court order to bolster resources for the struggling public school system.

Mirror House and Senate bills will channel more than $100 million toward students from economically vulnerable and minority families through the state’s complex school funding equation. The bills are tied to a budget plan — still awaiting action by the governor – that would increase state spending on public education by 16% to $3.2 billion. New Mexico public schools depend mostly on state funds for operations.

Minimum teacher salaries will increase from $36,000 to $40,000 for starting teachers, and base pay will be set at $50,000 and $60,000 for those attaining higher certification levels. A 6% pay increase for all school staff is included.

Lujan Grisham urged the Legislature to come back next year with additional raises for teachers.

A third bill establishes a community schooling framework to provide health and wellbeing services to children and families.

Lujan Grisham said the bills signed on Wednesday are part of an effort to avoid court intervention on state education funding decisions, after a judge ruled that New Mexico was not meeting its constitutional obligations to provide an adequate education.

“We are now leveling the playing field, that students irrespective of their socio-economic status have opportunities in your public school,” she said. “That’s the big game-changer.”

Plaintiffs in lawsuits against the state — filed by parents and school districts — say the state Legislature and governor have not gone far enough.

New Mexico is one of several states where parents have turned to the courts to address frustrations over state budget priorities and the quality of education.

“Our take is that this legislative session was a start but we’re not there yet,” said Edward Tabet Cubero, spokesman for a coalition called Transform Education.

New Mexico has received a windfall in state income linked to record-setting oil and natural gas production in the Permian Basin that straddles Texas and New Mexico. But state economists have warned that state surpluses linked to the oil sector could be fleeting.

Lujan Grisham is stressing efforts to diversify the economy through state subsidies to the film industry, the creation of an outdoor recreation division and new financing for small businesses from state reserves.

Under the signed education bills, the state will offer $120 million in annual spending for elementary schools that choose to extend the school year by five weeks through a program called K-5 Plus.

The program is initially reserved for schools with faltering academic ratings or a high percentage of low-income students, though other districts can apply for leftover money.

Lujan Grisham wants to incentivize participation in the K-5 Plus program without forcing the matter.

“The Education Department now is realigned to be more like champions, coaches, mentors, supporters — instead of an autocratic mandate,” she said.