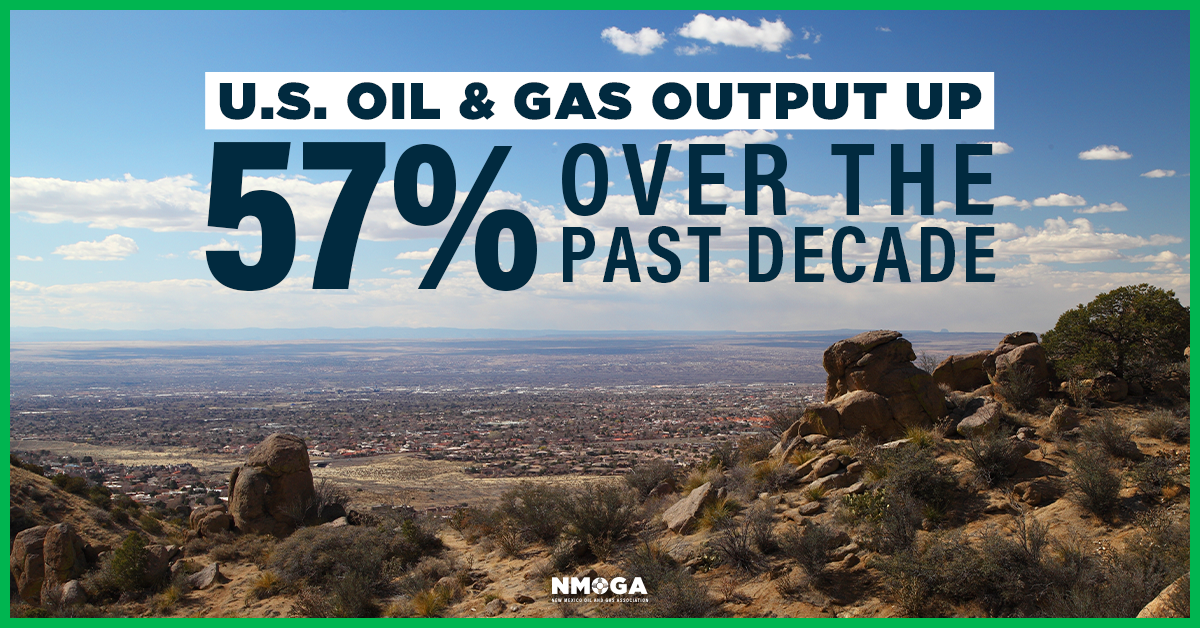 Even big oil companies say solar and wind will be the energy of the future. But while we wait, the energy of the present is being transformed — for better and for worse — by technologies that unlock fuel from underground rocks known as shale.

A tsunami of oil and gas from the technique called fracking has made the U.S. the world’s biggest producer of both, giving the country the energy independence its leaders have sought for decades and upending the geopolitics of the world energy trade. At the same time, fracking has generated environmental concerns in communities where it’s practiced and provoked a broader debate about whether it’s a good or bad thing for the planet: While new supplies of cleaner natural gas are speeding the decline of coal in some places, there are fears that the shale revolution will extend the world’s reliance on the other fossil fuels, key drivers of climate change.

U.S. oil and gas output has surged 57% over the past decade, largely thanks to shale-rich areas such as the Permian Basin, which stretches from Texas to New Mexico and alone pumps more oil than most OPEC nations. That has enabled the world’s largest economy to export fossil fuels at a pace unthinkable only a few years ago. U.S. crude exports in the first half of 2019 averaged 2.9 million barrels per day, almost 1 million more than in the first half of 2018. America’s new dominance undercuts OPEC’s ability to push up prices by trimming output. And it creates a potent diplomatic weapon, allowing the U.S. to impose aggressive sanctions on oil exports from Iran and Venezuela knowing domestic crude will keep flowing. Relatively cheap shale gas has helped the U.S. cut its use of coal, the most polluting fossil fuel, by almost 40% since 2008. What’s more, American gas is now available on world markets, thanks to a process that enables it to be super-cooled into liquefied natural gas and transported via ship. China’s purchases of LNG have eased its dependence on coal as well. In late 2019, fracking activity in the U.S. began to slow as drillers responded to investor demands to throttle spending. Canada is the only other country to thoroughly embrace shale extraction. It’s slowly spreading to Argentina, Australia, China and Saudi Arabia. The enormous amounts of water it requires are a limitation in many places. Fracking faces bans or opposition in numerous countries, including the U.K., where the government has placed a moratorium on new permits. In their campaigns to become the Democratic Party’s candidate for the 2020 U.S. presidential race, Senators Elizabeth Warren and Bernie Sanders have promised to ban fracking.

Fracking, or hydraulic fracturing, was first used commercially in 1949 in the oil- and gas-rich U.S. state of Oklahoma. The technique involves forcing water mixed with sand and chemicals into a well to create fissures in shale rock so oil or gas trapped inside escapes. Advances in another technique, horizontal drilling, came in the early 1980s and opened up access to thin layers of shale deep underground. The subsequent exploitation of the Barnett Shale formation in Texas proved large-scale fracking was economically viable. OPEC tried to drive North American frackers out of business starting in 2014 by flooding the market with crude, provoking the biggest price crash in a generation. Although some frackers went bust, overall they proved nimble, innovating to reduce production costs and stay alive, enabling the industry to come roaring back bigger.

The debate over fracking’s costs and benefits occurs on two levels: local and global. Opposition within communities often focuses on water concerns. The copious amount of water needed for fracking — typically 42,500 cubic meters (11 million gallons) per well in the Permian — can threaten local supplies, and concerns have been raised that shale operations may contaminate water sources. Fracking and, more commonly, the pumping of wastewater into wells, have been connected to earthquakes. They’ve been mostly small, but temblors in China’s shale hub in Sichuan province killed two people and damaged 11,000 homes in early 2019. Defenders of fracking point to the jobs created by the industry and the cleaner air natural gas produces where it replaces coal. Their larger argument is that, compared with coal, gas emits half as much carbon dioxide, the most important greenhouse gas. There’s a robust debate as to how much the carbon savings are offset by leaks throughout the natural gas supply chain of methane, a more potent greenhouse gas than carbon dioxide. Supporters tout natural gas as a “bridge fuel” that will ease the transition to renewables, supplying power when wind and solar sources don’t, until sufficient storage capacity is built. Critics say that by making oil and gas more plentiful, the shale revolution has reduced incentives to invest in a switch, even as climate scientists call for speeding the change.