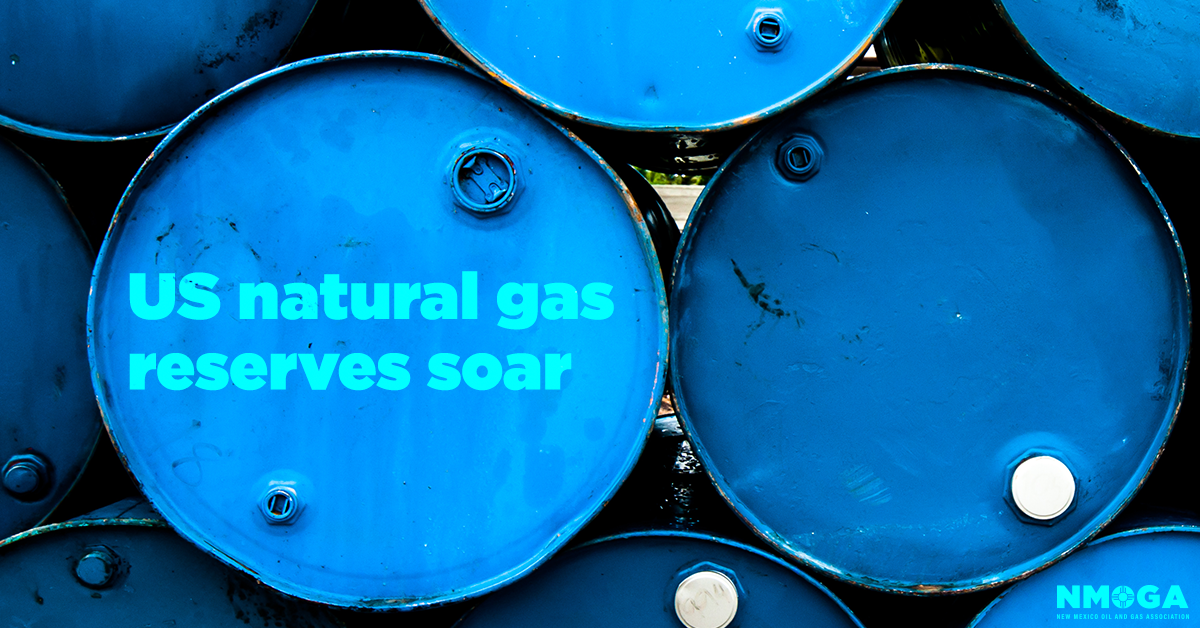 Ever since the U.S. shale revolution took flight in 2008, it's been a consistent theme: not just rising natural gas production but also rising proven natural gas reserves.

In fact, over the past decade, the U.S. Department of Energy reports that our proven gas reserves have ballooned nearly 85% to almost 450 trillion cubic feet (Tcf). It's all turned the previous pre-shale notion that reserves were dwindling and production was in permanent decline on its head.

Not even the industry itself ever envisioned how fast our natural gas business would be transformed, thanks to shale. ExxonMobil CEO Lee Raymond infamously stated in 2005: "Gas production has peaked in North America." Not quite good sir: led by shale, North American output is up 50% since then to past 105 Bcf/d, or some 30% of the global total.

What's even more amazing is that this boom in gas production and reserves has happened under a low-price environment, which typically work to hamper both. In other words, we have even more natural gas than advertised.

Indeed, don't forget that reserves are just subsets of the massive gas resource that we have. Reserves only illustrate what can be produced today under prevailing technologies and prices. As time goes along, and technologies advance and prices rise, more of the resource gets lifted into the reserve category, able to be produced today. Just like renewables, the oil and gas industry is always getting better. A shout out to my alma mater: Penn State "Researchers unearth cost-effective method for finding shale gas."

For example, the U.S. Geological Survey (USGS) last week announced that our primary production area of the Marcellus and Point Pleasant-Utica Shale plays in the Appalachian Basin contains an estimated 214 Tcf undiscovered, technically recoverable continuous resources of natural gas. What's amazing is that the latest USGS data on Appalachia is more than 75% higher than its most recent study in 2011, which concluded that the Marcellus held 84 Tcf and the Utica 38 Tcf.

This is just another example of how quickly our assessments of U.S. oil and gas fields continue to grow, as our appraisal technologies improve and our ability for E&P expands. To illustrate perfectly, nearly 25 years ago, the USGS estimated that the Bakken shale oil play in North Dakota had just 150 million barrels to produce...in total. Incredibly, however, as development has ensued, the mighty Bakken is now producing more than three times that amount...every year!

The immense U.S. gas resource base will be the  key buffer to extending Russia and its Gas Exporting Countries Forum influence as the world increasingly turns to natural gas. Make no mistake, the GECF seeks to control the globalizing gas market via LNG like OPEC has for oil - only recently forced to loosen its grip thanks to the U.S. shale oil boom. Without our burgeoning gas export business via LNG, which only started in 2016 but will have us as the largest gas supplier by 2024, the U.S. and our allies will be forced to rely on riskier suppliers. "Without Fracking For Natural Gas, The U.S. Loses And Putin Wins."

This is all very important for us because oil and gas will continue to supply the bulk of our energy, per U.S. Department of Energy modeling. To illustrate, gas is expected to account for 45% of U.S. electric generation capacity all the way through 2050.Cleaner, more reliable, and more flexible, low cost gas is pushing a "dash to gas." As of NYMEX close on Friday, there wasn't a single month priced above on the gas futures curve through the end of 2025, with January 2025 the highest at $2.91.

All of this quiet reality explains why An echo chamber of false pessimistic predictions of future oil and gas production has entangled so many for so long.