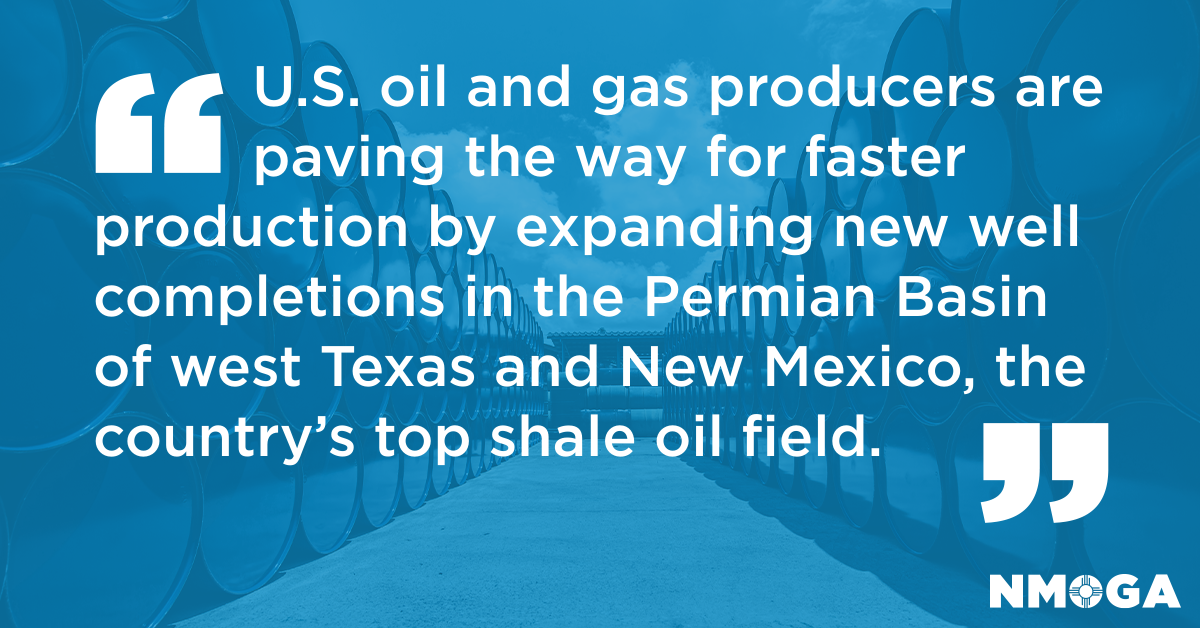 Jan 12 (Reuters) - As oil prices have surged past $80 a barrel, U.S oil and gas producers are paving the way for faster production by expanding new well completions in the Permian Basin of west Texas and New Mexico, the country's top shale oil field, according to research data.

The number of pressure pumping units at work in the Permian rose 5% in December, over the previous month, analysts at Tudor, Pickering, Holt and Co said. Pressure pumping is one of the last steps required to complete a well.

The Permian will account for vast majority of this year's projected boost in U.S. output of up to 900,000 barrels per day. Output fell last year to about 11.18 million bpd on storm-related cutbacks and as demand collapsed during the pandemic, according to government data.

Rising shale flows come as the Organization of the Petroleum Exporting Countries and allies have struggled in recent months to meet targets for higher production. Unrest in Kazakhstan and Libya have raised supply concerns, sending U.S. oil prices to more than $81 per barrel, from $53 a year ago.

Bank of America analysts this week forecast global spending on drilling and completion will rise 22%, the strongest year-over-year gain since 2006.