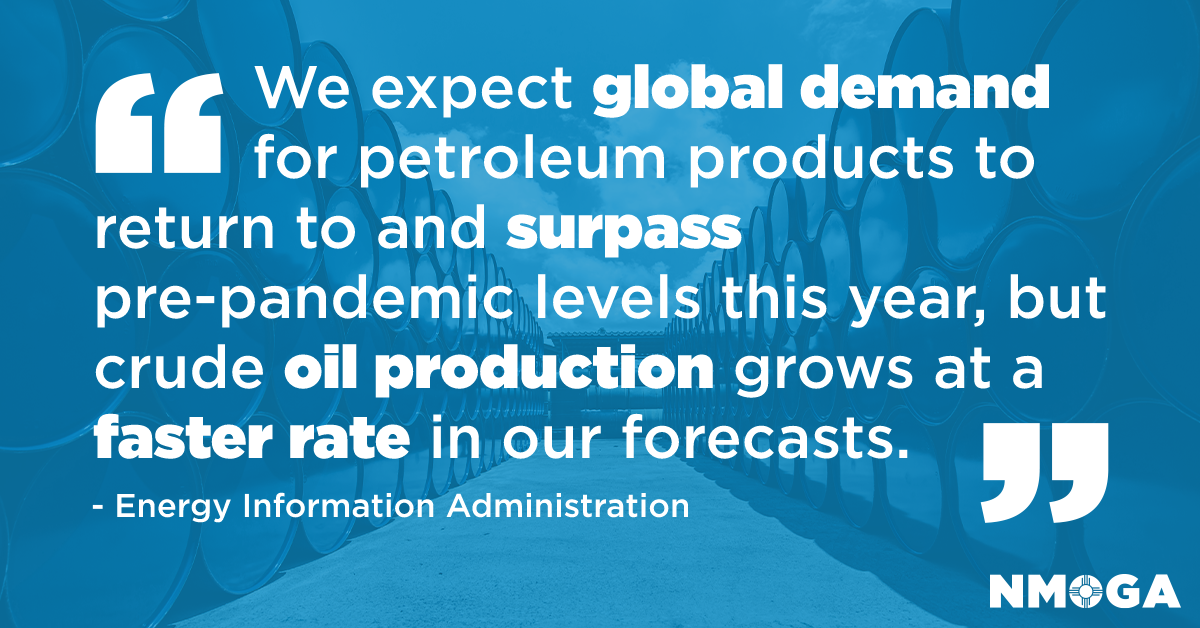 U.S. crude oil production is set to exceed pre-pandemic levels next year, driven by a jump in shale output as higher prices incentivize producers to drill more wells to offset decline rates, the Energy Information Administration says.     America’s crude oil production is set to average 12.4 million barrels per day (bpd) next year, the EIA said in its January Short-Term Energy Outlook (STEO), in which it revealed its first estimates for 2023.

The annual average U.S. oil production fell in 2021 by 100,000 bpd to average 11.2 million bpd due to weather-related shut-ins during the Texas Freeze in February and Hurricane Ida in August and September, the administration said.

Output last year was 1.1 million bpd below the annual record of 12.3 million bpd from 2019, just before COVID struck and forced operators to curtail production, keep a tight rein on capital expenditures, and reward shareholders before thinking of growing production.

EIA forecasts U.S. crude oil production will increase for nine consecutive quarters, from the fourth quarter of 2021 through 2023.

“Production growth reflects oil prices that we expect will be sufficient to lead to continued increases in upstream development activity, which we forecast will proceed at a pace that will more than offset decline rates,” the administration noted.

“We expect global demand for petroleum products to return to and surpass pre-pandemic levels this year, but crude oil production grows at a faster rate in our forecasts,” EIA Acting Administrator Steve Nalley said in a statement.

“We expect that as crude oil production increases, inventories will begin to replenish and help push prices lower for gasoline, jet fuel, and other products in the short term,” Nalley added.

One of the bearish factors for the oil market this year could be the faster oil supply growth compared to the expected demand increase, which still hinges very much on COVID developments and potential new waves and restrictions.

All analysts expect growing supply from both OPEC+ and the non-OPEC+ producers, mostly the United States, this year. Just how much U.S. production will grow will depend on how producers react to $80 oil prices and whether they will continue to stick to spending restraint at these high prices. Cost pressures and a shortage of skilled labor could weigh on growth, while public shale firms will likely continue to prioritize shareholder returns to chase record production growth. Private producers, however, do not have investor pressure to respond to and could lead the growth in the U.S. shale patch.

The Biden Administration’s policies toward the oil industry could also play a part in how companies will treat any additional calls to grow production. The U.S. oil sector is frustrated with the Administration’s continued engagement with OPEC+ while it looks to restrict and tax more domestic production. Instead of asking OPEC+ and counties like Saudi Arabia, Iraq, and Russia to pump more oil, the Administration should have laid the foundations for a faster recovery of U.S. oil output, which producers curtailed in 2020 in response to the crash in demand and oil prices, executives said last month.

Still, market forces and oil prices will be the key driver of production and shareholder return plans of U.S. oil companies this year. If the shale patch gets ahead of itself again and raises production too fast, oil prices will come under renewed downward pressure, potentially triggering a response from OPEC+.