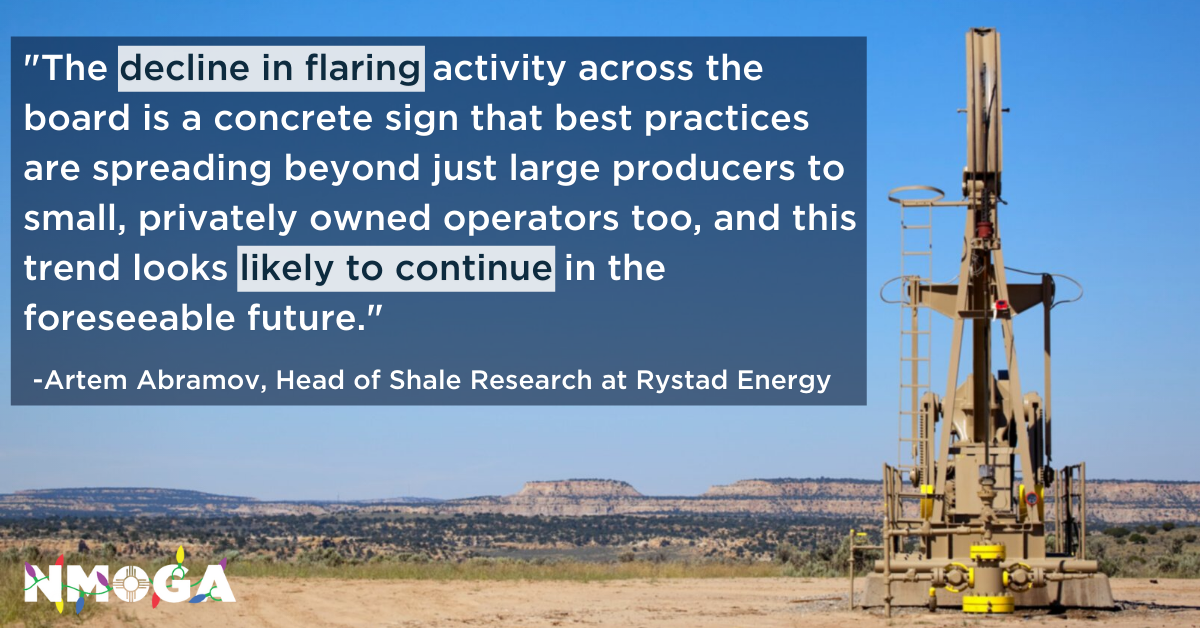 Dec 15 (Reuters) - U.S. onshore gas flaring dropped to its lowest since 2012 in the third quarter of 2021, led by declines in the Bakken and Permian basins, as more companies attempt to minimize the burning off of excess gas, consultancy Rystad Energy said on Wednesday.

Investors and environmentalists have demanded oil and gas firms reduce carbon emissions, including the burning of natural gas, to counter global warming. The U.S. Environmental Protection Agency has recently proposed the first regulations targeting methane from the country's existing oil and gas facilities.

Rystad said flaring activity in September fell about 24% from the prior month to 380 million to 390 million cubic feet per day (mcfd).

The reduction in the Bakken was in line with expectations while the change in the Permian Basin, the nation's largest oil field, was surprising, Rystad said.

"The decline in flaring activity across the board is a concrete sign that best practices are spreading beyond just large producers to small, privately owned operators too, and this trend looks likely to continue in the foreseeable future," said Artem Abramov, head of shale research at Rystad Energy.

However, a report on Tuesday showed high rates of methane escaping from oil and gas operations in the Permian Basin in the first two weeks of November. An aerial survey by the Environmental Defense Fund detected major methane plumes from 40% of 900 sites that were measured.

Rystad Energy said the Permian Basin's wellhead flaring intensity in September was at a multi-year record low of 0.8% on a gas production basis and 32 cubic feet per barrel on an oil production basis.

The contribution of private companies to gas flaring shrunk from a record high of 61.5% in April to 52.3% in September, it added.