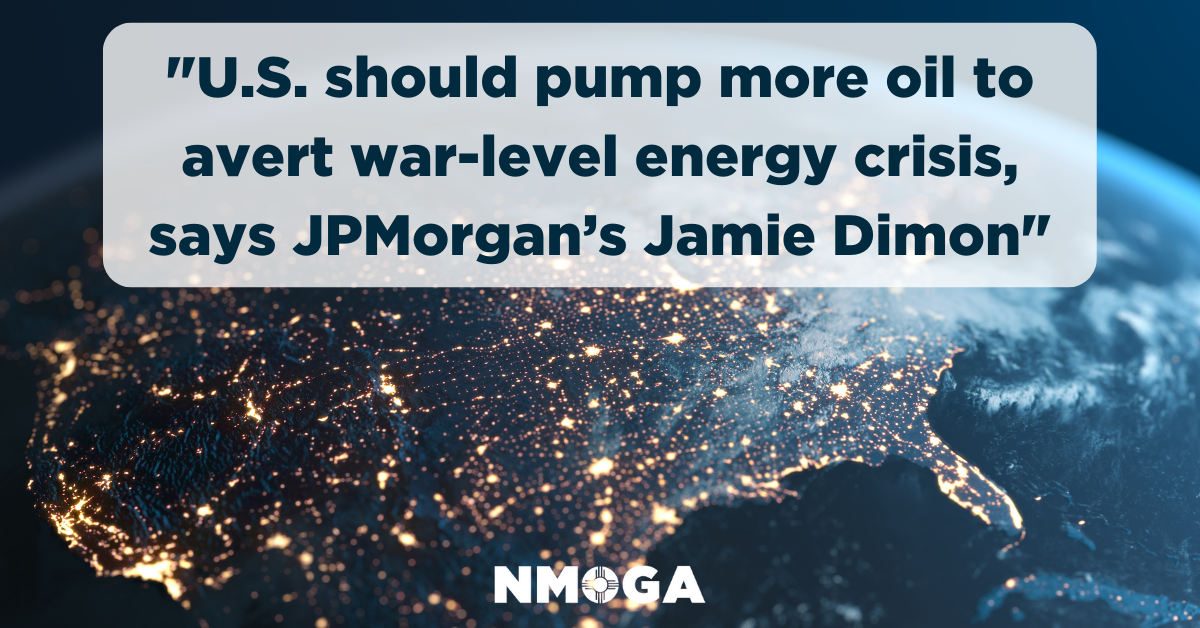 JPMorgan Chase CEO Jamie Dimon said Monday that the U.S. should forge ahead in pumping more oil and gas to help alleviate the global energy crisis, likening the situation to a national security risk of war-level proportions.

Speaking to CNBC, Dimon dubbed the crisis “pretty predictable” — occurring as it has from Europe’s historic overdependence on Russian energy — and urged Western allies to support the U.S. in taking a lead role in international energy security.

“America needs to play a real leadership role. America is the swing producer, not Saudi Arabia. We should have gotten that right starting in March,” he continued, referring to the onset of the energy crisis following Russia’s invasion of Ukraine on Feb. 24.

Europe — once a major importer of Russian energy, relying on the country for up to 45% of its natural gas needs — has been at the forefront of that crisis; facing higher prices and dwindling supply as a result of sanctions levied against the Kremlin.

And while EU nations have hit targets to shore up gas supplies over the coming winter months, Dimon said leaders should now be looking ahead to future energy security concerns.

“We have a longer-term problem now, which is the world is not producing enough oil and gas to reduce coal, make the transition [to green energy], produce security for people,” he said.

“I would put it in the critical category. This should be treated almost as a matter of war at this point, nothing short of that,” he added.

Referring to the war in Ukraine more broadly, Dimon dubbed it an attack of similar magnitude to that of Pearl Harbor or the invasion of Czechoslovakia in 1968.

“It’s Pearl Harbor, it’s Czechoslovakia, and it’s really an attack on the Western world,” he said.

However, the CEO said it also presented an opportunity for the West to “get its act together” and defend its values in the face of autocratic regimes.

“The autocratic world thinks that the Western world is a little lazy and incompetent — and there’s a little bit of truth to that,” said Dimon.

“This is the chance to get our act together and to solidify the Western, free, democratic, capitalist, free people, free movements, freedom of speech, free religion for the next century,” he continued.

“Because if we don’t get this one right, that kind of chaos you can see around the world for the next 50 years.”