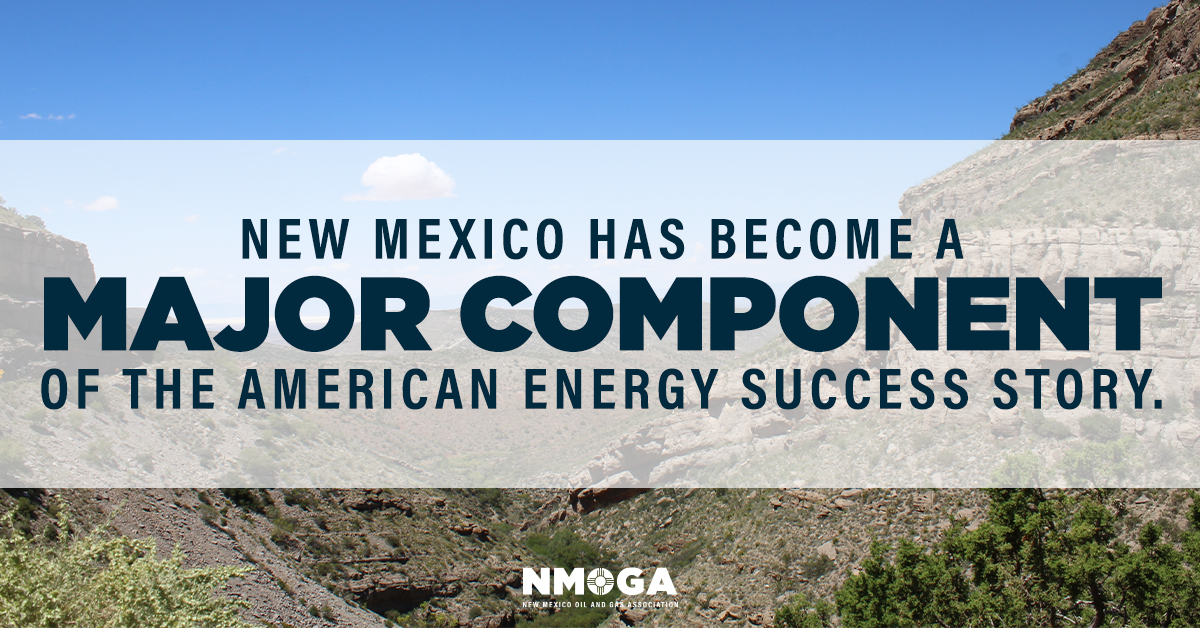 President-elect Joe Biden and the transition team have unveiled their day one plan to ‘Build Back Better’ with a focus on climate change. But is it possible to do that, build back better, by hampering economic activity and our nation’s energy security? New Mexicans have more than enough reason to be skeptical.

Quietly, New Mexico has become a major component of the American energy success story. However, the lion’s share of praise is reserved for legacy energy players like Texas, Pennsylvania and Ohio. New Mexico deserves the attention and investment that has brought added success to the aforementioned states. Doing so will improve American energy resiliency and self-sufficiency while rewarding consumers nationwide.

Unfortunately, what this latest election cycle – in both state and federal races – has shown energy onlookers is that untenable and counterproductive energy policies have joined the ranks of political correctness at the expense of sound economic policy. Good energy politics does not equal good energy policy.

The Biden campaign and the president-elect himself carried much of this shift by rolling out a trillion-dollar climate plan light on details and heavy on pie-in-the-sky rhetoric. The same shift benefited from the popularized Green New Deal and hyperbolic climate-change rhetoric.

While dodging questions about a full-on hydraulic fracking ban, Joe Biden has pledged to prohibit federal leasing operations, a practice of the government auctioning leases for federal land to produce oil and natural gas. Executive authority doesn’t permit an outright ban of fracking on private lands, but Biden seems comfortable using the full weight of the Oval Office where authority is granted.

For producers and voters this should prompt some thinking: If President Biden would use the full extent of his authority to stop fracking where allowed, what would keep the administration from seeking out regulations and agency rulemaking to stifle development on lands outside his reach?

These concerns compounded during the final presidential debate when Biden said the quiet part aloud by promising to transition the country away from oil and fossil fuel industries. Most energy analysts recognize that a transition is underway, and the Biden administration can set the tone by making pragmatic policy choices.

In New Mexico, the federal government owns more than a third of the land, meaning a federal leasing ban alone would gut the state’s energy industry and accompanying benefits. Predictably, these federal lands have been key to New Mexico’s energy rise.

According to the Energy Information Administration, in a span of five years New Mexico grew from the seventh- to third-largest oil-producing state in the union. Similarly, New Mexico is eighth in natural gas production. Accessible natural gas makes it affordable, and households are reaping the benefits; residential natural gas prices are 40% below the national average.

Omitted from any discussion of federal leasing bans or transitioning away from fossil fuels is consideration or resolution for the immense tax revenue hole that would be left in state budgets like New Mexico’s.

Without oil and natural gas operations, Gov. Michelle Lujan Grisham and Santa Fe legislators would be out $3.1 billion, according to 2019 statistics. Energy sector-related tax revenues have totaled nearly $20 billion and consistency provided over 30% of the annual state budget since 2010.

Are our politicians in Washington comfortable hamstringing states knowing that education, infrastructure and health care facilities will suffer? And what about private citizens?

An industry study showed a federal leasing ban to endanger more than 60,000 jobs in New Mexico. New Mexico Oil and Gas Association Executive Director Ryan Flynn summarized it well: “New Mexico has enjoyed economic success in recent years because of investments and responsible development on federally managed lands, but changing course now will only ensure that jobs and capital stops at our state border. With vast stretches of public land, it is simply impossible to divorce our economic success from land management policy in western states like New Mexico and funding for education, access to health care and new infrastructure are all on the line as a result.”

The outright prohibition of entire swaths of energy production, or shooting for its legs by banning federal leasing, is a dangerous stance to take. America has built much of its recent economic success on the back of an independent energy industry that begets capital investment and improves national security. Washing away a comparative advantage like energy is a direct path to stunting the economy and hurting consumers. New Mexicans will be the first hurt if natural gas and oil become targets.