US business group: Fracking ban would have dire consequences 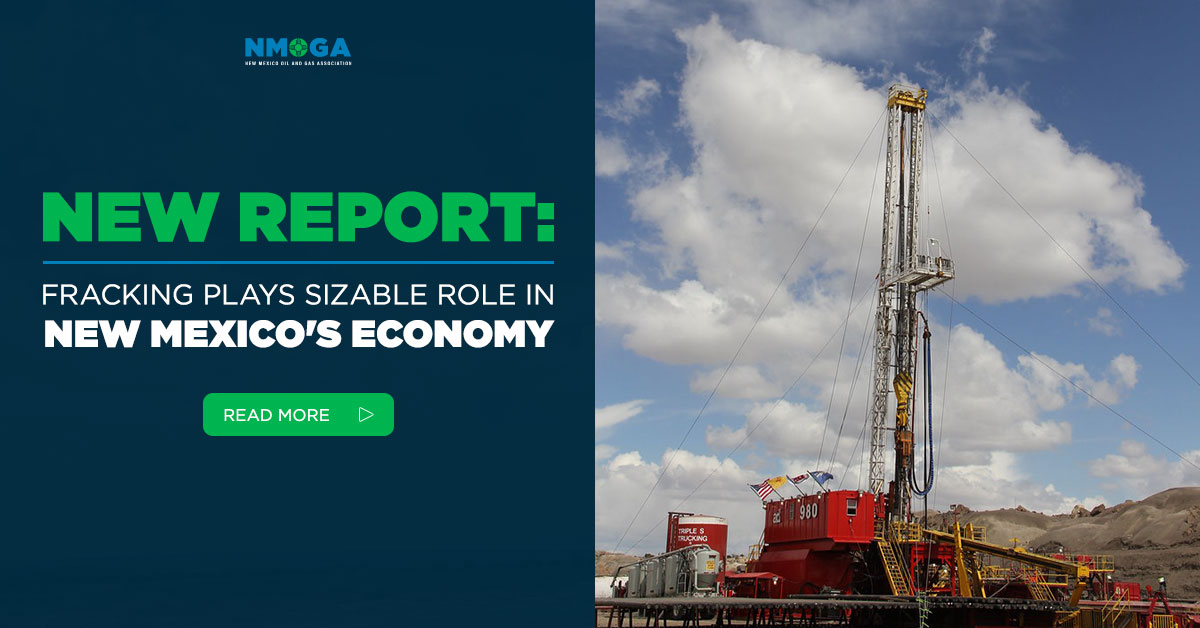 Campaign pledges made by Democratic presidential candidates to ban hydraulic fracturing by the oil and natural gas sector would have dire economic consequences for New Mexico and the rest of the United States if implemented, said the head of the U.S. Chamber of Commerce’s Global Energy Institute.

Marty Durbin is in New Mexico to highlight the results of a study that shows there would be billions of dollars in lost tax revenue and thousands of layoffs if a ban was imposed on fracking, a technique used to extract oil and gas. Durbin was among the speakers Wednesday at business luncheon in Albuquerque.

New Mexico is enjoying a windfall of tax revenue and other economic benefits from an oil boom concentrated in the Permian Basin, which straddles parts of southeastern New Mexico and West Texas. Industry experts say drilling in the region is still on pace to set production records for 2019 and state economists say income for the last fiscal year surpassed forecasts by $85 million.

Durbin said the benefits stretch beyond funding for New Mexico’s schools and other government programs to giving the United States a favorable position when it comes to global politics and the stabilization of oil prices.

“We’re having a shale energy revolution that’s benefiting the entire country and New Mexico is a huge piece of that,” he told The Associated Press.

That means New Mexico now stands out as a state where the real-world effects of a fracking ban would hit hard, he said.

According to the study released Wednesday, 27,000 jobs would be lost and $7 billion in economic activity would be eliminated in New Mexico within the first year of a prohibition on fracturing. It also states that household income would drop by $2 billion, and $681 million in state and local tax revenue would be lost.

Durbin said the effects over five years would be even greater, with 142,000 jobs lost and a $86 billion loss in gross domestic product. Household income would drop by $26 billion and government revenue would shrink by $16.3 billion.

New Mexico Gov. Michelle Lujan Grisham and leaders of the Democratic-led Legislature have praised the industry for its contributions to the state’s coffers, but they also have been pushing for policies that promote renewable energy and ween the state from its reliance on fossil fuels.

The first-year governor also campaigned on cracking down on methane emissions by the oil and gas industry. An advisory group consisting of industry representatives and environmental advocates is expected before the end of the year to make recommendations for new regulations.

Democratic politicians in New Mexico and on the national stage have the backing of environmental groups concerned about fracking, a technique that uses a high-pressure mix of water, sand and other chemicals to unlock oil and gas deposits.

Environmentalists renewed their criticism Wednesday, saying the record breaking oil production in New Mexico and Texas needs to be reined in.

“The Permian Basin is an oil and gas carbon bomb that’s exploding, and it’s happening right now,” said Ethan Buckner with the Washington-based environmental group Earthworks. He contends that oil companies are trying to lock in decades of demand by building infrastructure from the Permian to the Texas Gulf Coast to transport, process and export what is predicted to come out of the world’s largest current oil and gas play.

Durbin said Lujan Grisham and other politicians in New Mexico understand the benefits of the industry and he pointed to other states such as Colorado and Pennsylvania where new regulations were imposed by Democratic leaders but production continues.

“We know oil and gas are going to be part of our mix for a long time to come and it’s having incredible benefits to us across the board,” Durbin said. “We’re looking for elected officials in New Mexico and elsewhere to be the ambassadors if you will, to be the messengers as these political conversations are taking place.”