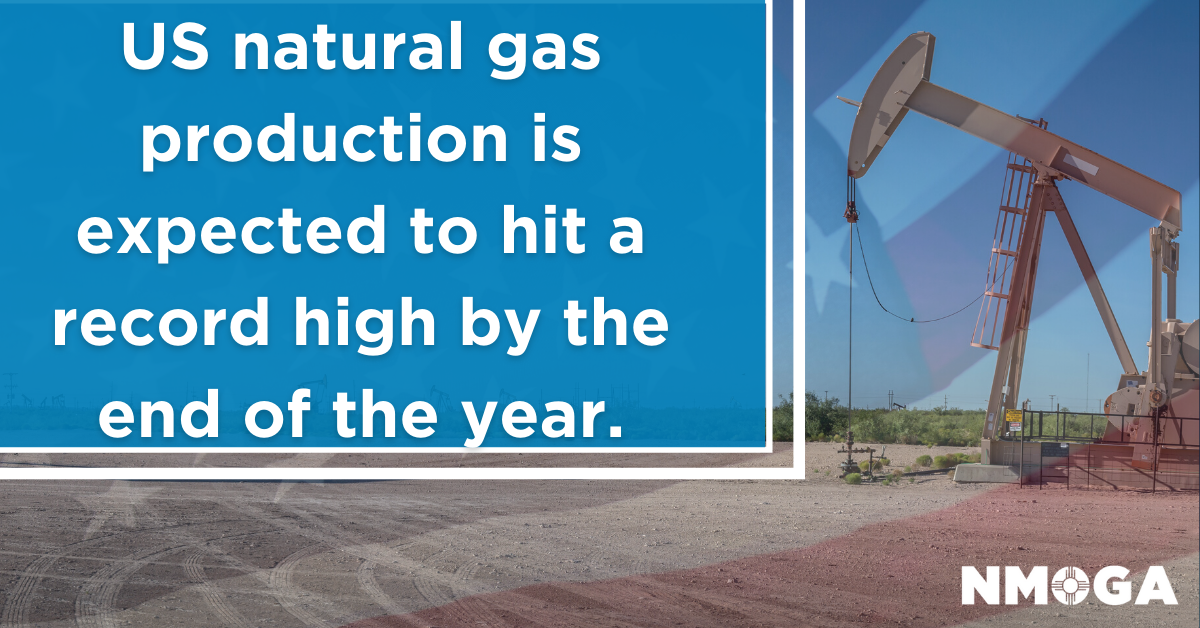 US natural gas production is expected to hit a record high of more than 100 bcfd by the end of the year, Rystad Energy analysis shows. Production growth in major US gas-producing basins, in addition to associated gas production in the Permian, will cement the country's position as the world's largest gas producer, stretching its lead over Russia.

Within shale gas plays, the Marcellus, Utica, and Haynesville are set to contribute the most. Rystad Energy expects production from the Haynesville alone to grow by 2.6 bcfd this year compared with 2021, pushing annual output to more than 14 bcfd. Production from the basin is forecast to jump next year as well, reaching 17.2 bcfd by end 2023. The company noted, however, that growth in Appalachia basin remains entirely dependent on progress of the proposed Mountain Valley Pipeline, which faces significant legal hurdles.

The recent surge in global natural gas prices is pushing US exploration and production companies to increase investment in an effort to take advantage of competitive breakeven costs. A well-documented supply shortage in Europe is pushing up prices on the continent amid efforts to ease reliance on Russian gas. Given the wide US and European price differences, shipping US gas across the Atlantic, even considering the pricey liquefaction process, is economically advantageous.

The US-Europe price spread has widened steadily since summer 2020. Russia’s invasion of Ukraine and the ensuing global energy crisis accelerated the disparity. As of July 15, Henry Hub prices were $7/MMbtu, while the TTF stood at $47/MMbtu. Although LNG production capacity constraints remain, with new LNG capacity expected to be added only after 2024, the US’s role in global gas markets should grow for some time to come, said Kristine Vassbotn, Rystad Energy senior analyst.

In terms of remaining gas reserves, the Marcellus has the most, with close to 380 tcf. The Haynesville follows, with 202 tcf.