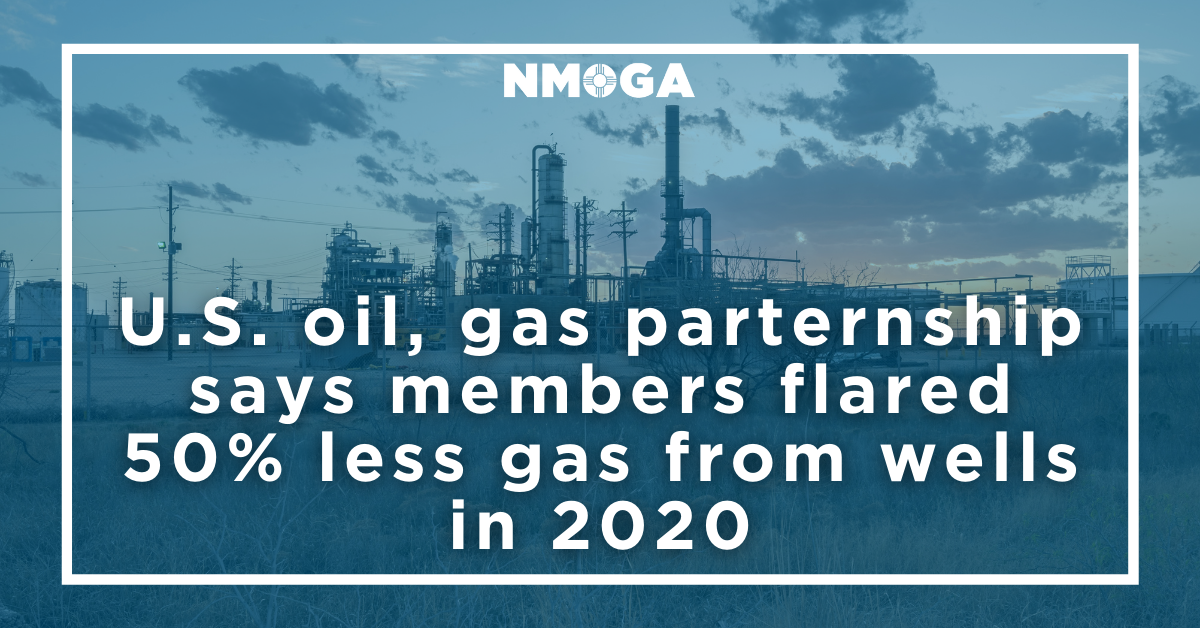 Major U.S. oil and gas producers have cut the volume of natural gas flared from oil and gas wells by 50% in a year as measured by energy intensity, according to a partnership organized by the industry's largest trade group, the American Petroleum Institute.

The Environmental Partnership, comprised of U.S. oil and gas companies, said the amount of gas flared dropped to 0.66% of oil and gas production in 2020, compared to 1.31% of 2019's total production reported by the 34 companies that contributed to the report.

The report was released as Democrats in Congress consider adding a fee for methane emissions to their $3.5 trillion budget package and the Biden administration ponders direct regulation aimed at cutting emissions of the potent greenhouse gas.

API favors direct regulation over any methane fee, the group's President and CEO Mike Sommers said during a Sept. 9 press conference to release the Environmental Partnership annual report. "We don't believe that it's an efficient or an effective way to reduce emissions," Sommers said, referring to the proposed fee. "The current methane fee proposal, that we've seen, actually just attacks American energy production; it is not a tax on emissions."

Midstream companies and programs added to the industry's emission reductions in 2020, Todd said. Pipeline operators reduced methane emission by changing the rod packings on more than 2,000 compressor stations and using new low-emission procedures for more than 400 pipeline blowdowns, Todd said. More than 970 high-bleed pneumatic controllers were replaced or removed by upstream and midstream operators in 2020, the partnership said. 54 operators suspended the use of the high-bleed devices which emit methane directly to the atmosphere. Additionally, more than 9,200 gas-driven controllers were removed in 2020 and more than 2,700 zero-emission controllers were installed, the partnership said.

The COVID-19 pandemic did not prevent member companies from sharing best practices or researching new methods of emission detection from air and space, said Chevron Corp.'s Vanessa Ryan, the company's manager for carbon and climate change policy and the partnership's chair.

"We continued our commitment to advancing approved methods detection technologies by funding operations and research at Colorado State University's methane emissions testing Evaluation Center," Ryan said. "One approach that is rapidly advancing is aerial surveillance. Our collaboration with a team from the University of Arizona and NASA's Jet Propulsion Laboratory ... provided participating companies access to emissions detected during our aerial surveys to further our understanding of common initial forces."