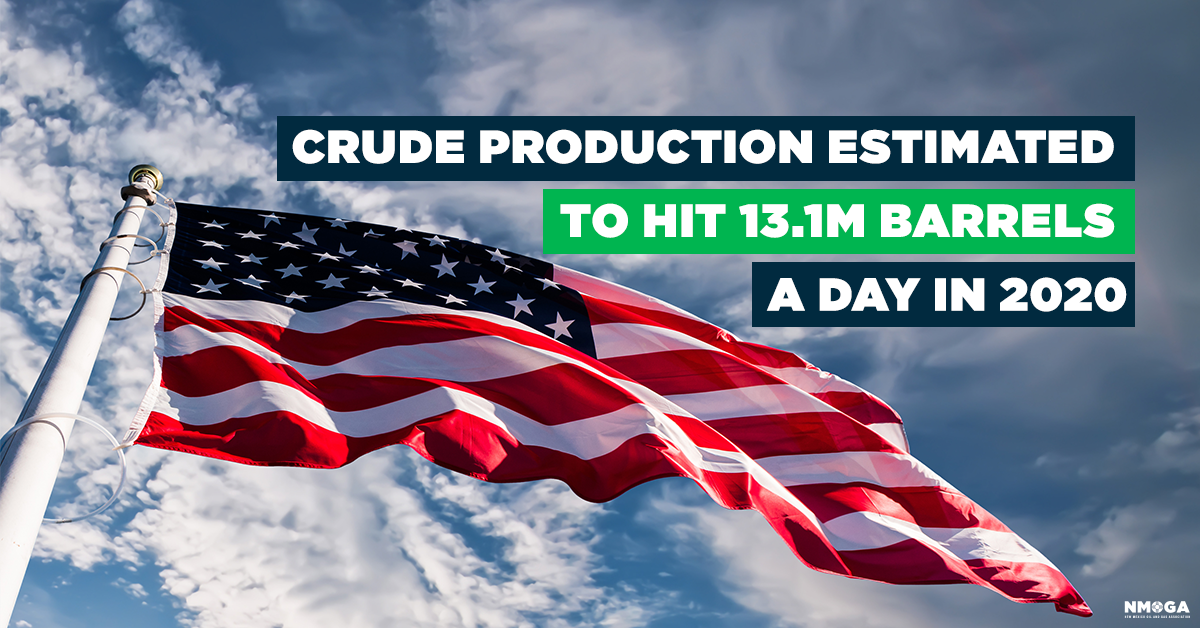 U.S. oil production will hit 13.1 million barrels a day in 2020, the Energy Information Administration says in a new forecast.

That's a 19 percent increase over last year's average of 11 million barrels a day, with the forecast projecting most of the gains will come from the Permian Basin, which spans West Texas and Eastern New Mexico.

BOOM OR BUBBLE: How long can the fracking spending spree last?

The growth comes amid improved oil prices following a 2014 crash in crude prices brought on by a U.S. oil boom driven by advances in hydraulic fracturing and horizontal drilling technology.

"There is significant price uncertainty. The current values of futures and options contracts suggest a 31% probability [the U.S. benchmark West Texas Intermediate] prices could exceed $65 per barrel
in July and a 15% probability they could fall below $55/b."