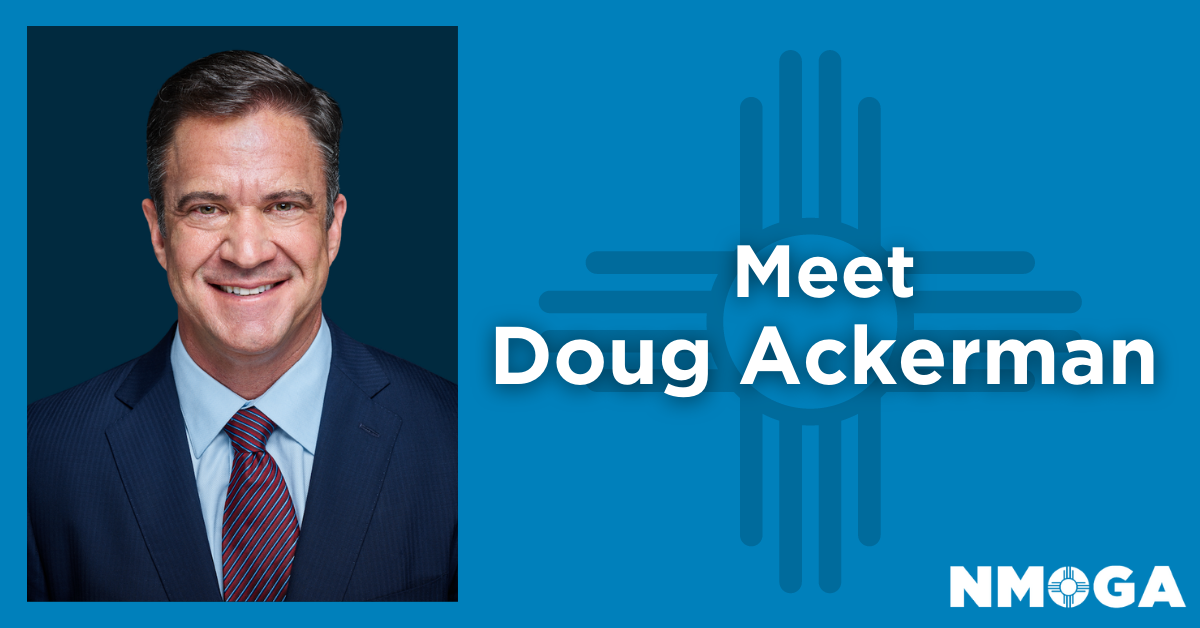 Ackerman will replace Leland Gould, who became interim director in March 2021, after former executive director Ryan Flynn resigned. Gould will assist in the transition as a senior adviser and counselor, said NMOGA Board Chair Jeff Wilson.

“After a thorough search process, we are confident that Doug’s extensive leadership and market-focused strategy experience is what our organization needs in this time of constant change in the oil and gas industry,” Wilson said in a statement. “Doug is the right leader for NMOGA and was unanimously selected by the board to lead and grow this industry into the future.”

Ackerman is a marketing veteran with 25 years in leadership positions promoting the food industry, including agriculture, retail, food service and consumer packaged goods. Over the years, he helped drive brand recognition and sales for many household names, such as Pizza Hut, Bennigan’s, Ruby Tuesday, Tropicana, Minute Maid, Coca Cola and Pepsi, according to a short biography provided by NMOGA.

Most recently, Ackerman served as CEO for The Dairy Alliance to promote the nation’s $750 billion dairy industry. While there, he headed a rebranding effort that propelled him into a leadership role assisting the United Dairy Industry Association with strategic planning.

NMOGA is the oldest and largest organization representing the state’s oil and gas industry, with more than 1,000 member companies and individuals.

Ackerman is taking over during a new industry boom, following a historic crash in the global pandemic. Oil prices plummeted in 2020 to their lowest levels in decades, crippling the industry most of that year.

But since early 2021, oil demand has steadily rebounded, pushing prices today to their highest levels since 2014. That, in turn, has generated record revenue for New Mexico, where oil and gas-related income provides more than one-third of state finances.

Still, as national efforts to transition from fossil fuels to renewable energy gain momentum, the industry is under pressure to lower its emissions.

Ackerman said he will reach out to association leaders and members before developing any new organizational goals and strategies.

“I’m coming in with my eyes and ears open,” Ackerman told the Journal. “I’ll be getting on the road to meet many of our leaders and members in their hometowns. I’m kind of in learn-and-receive mode now, and after that, I’ll work with the NMOGA team to plot out where we go next.”

Ackerman has bachelor’s and master’s degrees in business administration from Sam Houston State University and the University of Tampa, respectively. He’s also served for many years with the U.S. Army National Guard and Reserve, including a combat tour in Afghanistan.

He does have one adverse incident on his professional record. In 2015, he was arrested and later pleaded no contest to a misdeamanor count of driving under the influence of alcohol involving property damage. According to news accounts, he ran a stop sign and crashed into another vehicle. The incident led to his resignation as executive director of the Florida Department of Citrus, a state agency that he headed for nearly four years.

Ackerman said he was dealing at the time with issues related to his tour in Afghanistan.

“I took responsibility and ownership for it,” he told the Journal. “It was a stop-sign moment for me as a veteran and leader to make sure I took care of myself. I never had any issues before or after.”