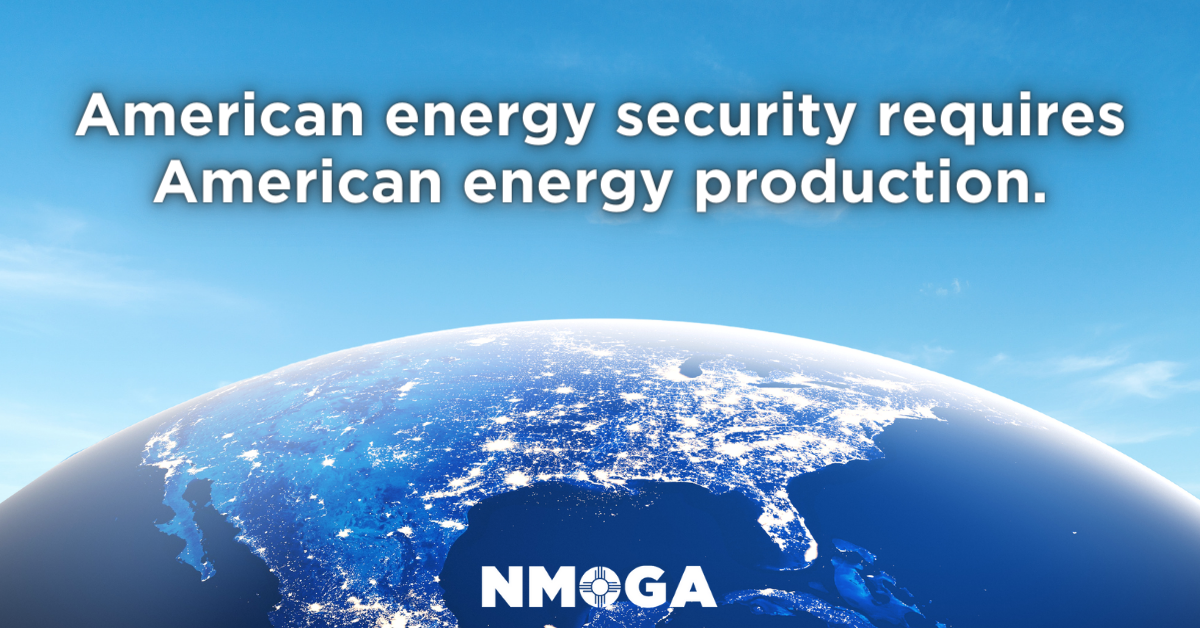 Our nation’s energy security is under attack and at risk.

There simply are no words to describe the horrific aggression being waged by Vladimir Putin and his henchmen. As citizens and businesspeople of America, we support you in continuing to take strong and punishing actions against the Russian regime and its allies.

As you are well aware, this geopolitical crisis has once again brought to the forefront the need for American energy independence, through a diverse and robust deployment of all of the rich and plentiful energy sources we have in the United States. No other nation has an enormous and diverse enough fuel mix – from oil and natural gas to coal, hydropower, nuclear, wind, and solar – to respond in a comprehensive, robust manner that increases security for the free world.

We strongly believe this is a moment in time where we can, and should, come together as one nation to fortify, deepen, and expand our energy capacity and capability.

Indeed, we have heard certain parts of your administration’s call for our industry to step up. In particular, we listened with great interest to the recent remarks of Secretary Granholm at CERAWeek in Houston.

To that end Mr. President, we as representatives of critically important small and midsized energy producers are committed to do what we can at this moment on behalf of the American people. We certainly understand first-hand the impacts higher costs, driven by inflation and related factors, can have on small businesses and their employees.

However, there is a key challenge standing in the way of unity: the words and actions of you and members of your administration.

In particular, it’s regrettable that you and your White House team have continued to mischaracterize facts regarding our industry – often maligning our motives, and frankly, in some cases, advance complete and total falsehoods.

For example, you have said oil companies could be drilling right now because we have over 9,000 approved permits, a misleading statement at best. More about that below. Also, just last Friday, you said that companies “would rather take those profits and buy back their own stock rather than take that money and invest it in pumping new oil.”

With respect, Mr. President, how do you know what motivates oil company business decisions?

Perhaps the worst mischaracterization of all by you and your administration is when you have said that you are doing nothing to hold back energy production. That is just not true.

From the first day of this administration, the very tone and tenor of your administration’s attitude toward oil and gas production in the U.S. – and the people who make it happen – has been consistently and openly hostile. For example, key members of your administration have repeatedly singled out U.S. oil and gas as the primary driver in the causes of climate change – a position that just does not square with the facts, given other factors in the U.S. economy as well as the extraordinary harmful pollutants emitted by international bad actors such as Russia and China – and indicated oil and gas production must come to an end in the United States. A position the administration continues to take today.

Unfortunately, such an approach has an obvious and a demonstrable chilling effect on energy company business decisions, especially ones that involve millions of dollars in infrastructure. Surely in your over 40 years of government service, you have learned that government officials’ words and deeds impact business decisions.

In addition, your personal commitment to conveying that chilling effect, and sending the clear message that energy companies, regardless of size, and their employees are no longer welcome in “President Biden’s America” began early. For example, on June 4, 2019, you released your campaign’s climate agenda. In it, you stated that it would be your administration’s goal to have a 100% carbon-free economy by 2050. A goal you have repeatedly stated as president and have continued to actively highlight (i.e., visiting a Ford plant that is building electric vehicles) and seek to implement.

Now, should there be any doubt that your hostility toward our industry was just words, on day one of your presidency you personally cancelled the Keystone XL Pipeline. A week later, you issued an executive order enacting a moratorium on new leasing on public lands and waters. That moratorium has become a de facto ban by virtue of inaction by the Department of the Interior and litigation overturning the offshore sale which your administration has not sought to appeal. In fact, your administration then did not resume new lease and permit work until a court in Louisiana – in response to a lawsuit – forced your appointees to resume action.

There should be no confusion: since the time you first began campaigning for, and since becoming, President, you have expressed deep hostility toward the oil and natural gas business – and by extension, the thousands of very hard-working men and women – union and non – in very good paying jobs, who bring energy to the nation.

Given all we have described above, combined with the repeated distortions and half-truths that have been expressed by White House officials, we believe it’s important to set the record straight and provide a bit of context on statements that have been made regarding energy production on federal lands and elsewhere.

For example, on March 3rd, White House Press Secretary Jen Psaki, in response to a question about increasing domestic oil production, attempted to shift blame to oil companies by citing “9,000 approved oil leases that the oil companies are not tapping into currently.” She has since adjusted her statement to indicate she was referring to permits instead of leases.

To clarify first on the matter of the “9,000 unused leases.” Language and facts matter, so it’s important to draw a distinction between leases and permits.

There are about 37,496 onshore leases in effect and actually 12,068 nonproducing leases, a 66% utilization rate, which is quite high. But there are many reasons not all leases will be used.

There are 4,621 permits to drill awaiting approval by the Department of the Interior’s Bureau of Land Management. Your appointees could approve these permits now, enabling companies to forward with development.

So, yes Mr. President, your administration is “holding the industry back” in direct contradiction to your statements last week when you said your administration was not.  The most recent example: according to published reports this week, the US Bureau of Land Management approved 95 permits to drill in January 2022, compared with 643 in April 2021 – the height of the pandemic.

If you want to truly be helpful, pick up the phone and direct Secretary Haaland to approve the permits immediately. We stand ready to assist in any way possible.

Now, it is true that there are also about 9,173 outstanding approved permits, but there are factors that cause companies to wait to drill those wells:

By ending bureaucratic efforts to deny financing to the industry, you would be sending a powerful signal to the U.S. and world markets that investments in oil and natural gas in the U.S. are safe and new production should move forward.

The continued uncertainty of looming new bureaucratic requirements that serve no environmental or economic benefit puts a damper on incentives for new investment and development, especially on federal lands, where the excessive paperwork and seemingly pointless requirements are most extreme. Consequently, companies prioritize their nonfederal leases because there’s less regulatory risk from the actions of your administration.

Further, Mr. President, your drive to decarbonize the economy at all cost approach fails to take into account that, according to the federal Energy Information Administration, transitioning power plants to natural gas has actually been the leading driver of lowering carbon emissions in the United States since 2005.

It doesn’t have to be all or nothing. The United States needs all forms of energy working in coordination with new technology development to move towards an attainable lower carbon future.

In sum, we believe the best way forward is a commitment to energy independence that starts with the recognition that oil and natural gas is a strategic energy asset necessary for providing the United States and its allies with energy security now and for decades.

So, despite the challenges and concerns outlined in this letter, we believe the time is now to work together to address our energy and, indeed, national, security needs.

To that end, we hope that in the days and weeks ahead, you will return to the spirit of your inaugural address when you said:  “Let us listen to one another…. Show respect to one another…. And I pledge this to you: I will be a President for all Americans.”

We stand ready to work with you and your administration as well as reasonable voices in Congress to ensure we are united against the threat to democracy that is Valdimir Putin.

We look forward to future discussions.

US Oil and Gas Association