Why Energy Security Is National Security 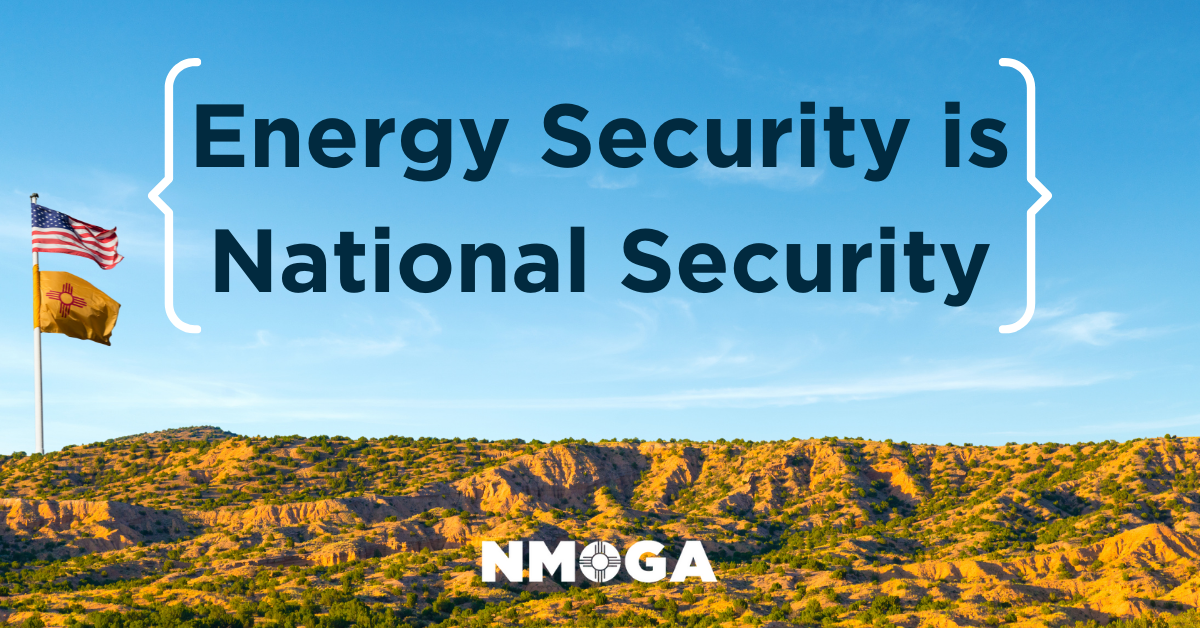 In December 2008, Marine Corps Gen. James Jones (retired) wrote in a Wall Street Journal article that “You can’t use the word energy independence. It is not a valid phrase. It is designed to excite people. But it is simply not going to happen.”

That was a factually unsupported statement then, and remains so. At the time that Jones made this pronouncement, the U.S. Minerals Management Service was estimating that there were approximately 18 billion barrels (BBls) of oil and 77 trillion cubic feet (Tcf) of gas in the Outer Continental Shelf. The U.S. Geological Survey (USGS) estimated that there were at least 10.6 BBls of oil and 8.6 Tcf of gas in the Arctic National Wildlife Refuge.

The potential for U.S. dominance has not abated. Texas, which currently leads U.S. states in oil production, has massive proven oil (11.1 BBls) and gas (93.5 Tcf) reserves. North Dakota, New Mexico, Oklahoma, and Colorado round out the top five in terms of oil production. Crude oil is produced in 32 states. The top five natural gas-producing states are Texas, Pennsylvania, Louisiana, Oklahoma, and West Virginia.

Wyoming leads in coal production, and West Virginia, Pennsylvania, Illinois, and North Dakota are critical coal-producing states as well. In 2019 it was estimated that Wyoming had 1.4 trillion tons of total coal resources.

The USGS has estimated there are likely 1 billion pounds of known and potential resources of uranium in deposits throughout Texas, Colorado, Utah, Wyoming, New Mexico, South Dakota, Nebraska, and Arizona. Uranium is used in the 93 operable nuclear reactors in the United States, providing 20 percent of the nation’s electricity.

Although the United States led global uranium production in 1980, almost none is being produced domestically today. Almost 50 percent of our uranium fuel supplies now come from Russia, Kazakhstan, and Uzbekistan. The United States has massive amounts of domestic energy that we can produce right here, thereby creating thousands of jobs and enriching our economy.

In 2018, the United States became the largest crude oil producer in the world, becoming energy independent for the first time in more than 60 years. That feat defied Jones’s predictions from ten years earlier and was accomplished through technological advances, as well as the pursuit of a public policy focused on energy dominance and the recognition that developing domestic energy supplies is always in the best interests of our country.

In just the last year we have gone from a 4 percent surplus of domestic oil and gas production to a 4 percent deficit — a swing of 8 percent in 12 short months. This state of affairs did not happen by accident or because of a lack of readily and economically accessible energy resources. We have more than enough oil, natural gas, coal, and uranium to power this country into the distant future, and the technology to do so, while protecting our environment.

This situation is instead the direct result of the misguided and destructive federal policy decisions that do nothing to protect the environment while empowering Russia to advance its plans for regional and international dominance.

It’s Hard to Come Up with a Worse Energy Policy

It is important to note that Congress had no involvement with the decision to instantaneously reverse the United States from energy independence back to energy dependence. This loss was not due to a change in the laws that apply to our energy industries. Nor was it because of new developments exposing additional dangers in fracking, oil production, coal mining, or construction of the related infrastructure (such as pipelines or deep-water ports).

We are in this situation for one simple reason: the current administration has chosen to punish America. It has put us last on the world stage, placing an embargo on new energy development here while enriching and empowering Russia to produce even more oil and natural gas to meet world demand, at the very time that Russia is invading the independent country of Ukraine.

Our energy policy, in other words, is not only making us poorer, causing rampant inflation, and weakening our position in the world, it is enriching and empowering one of the few countries on earth that is willing to invade another sovereign nation based on recognizing that the only countries that could stop its advance depend on it for their energy.

This administration was importing 600,000 barrels of oil a day from Russia, an amount that could have easily been replaced by the 800,000 barrels of oil a day to be carried by the Keystone XL pipeline, which President Biden killed with a stroke of his pen on his first day in office. Meanwhile, President Biden has approved billions of dollars in military aid to Ukraine.

Paying for Both Sides of the War

To be more blunt: we are paying for both sides of the land war currently raging across eastern Europe, all because of the misguided energy policies of this administration.

The U.S. ruling class and their counterparts in Europe have, for the last 30 years, pursued a pact of mutual destruction, hollowing out our core of energy, food, and intellectual independence. We have empowered federal agencies to make law, enforce “laws” that don’t exist, declare millions of acres of land off-limits to access and production, and compromise private property and water rights.

The world stage is now set: Our “liberal democracies” are dependent on totalitarian and destructive regimes, and the mad dash to try to deflect from that reality has begun. The saber-rattling, the tough talk, and the genuflection to “world order” are designed to gloss over the fact that if Western democracies had not chosen to destroy our energy independence, we wouldn’t be in this mess in the first place.

We are not going to get out of this quagmire anytime soon. We can, however, use all of our tools to expose how those energy policies that weaken America will ultimately strengthen countries that are willing to invade another country.

If we want to restrain tyranny, we must produce our own energy. If we want to enable tyrants, we continue down the path of dependence on their energy production.