Why New Mexico's Governor Is Making The Case For Free Tuition 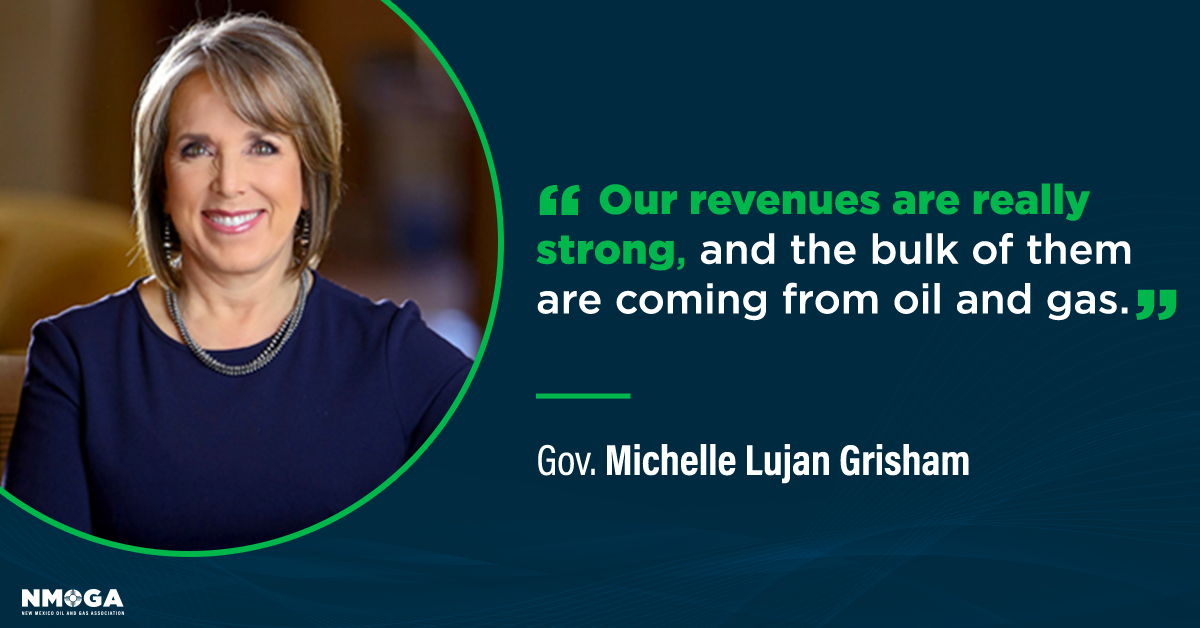 Michel Martin speaks with Michelle Luján Grisham about her proposal to make tuition at state institutions free for state residents.

This week, New Mexico Governor Michelle Lujan Grisham announced a proposal to make all state colleges tuition-free, including four-year colleges. The scholarship would apply to all students who are in-state residents regardless of family income, and it's being called one of the boldest plans yet to increase access to higher education. It's called The Opportunity Scholarship, and Governor Lujan Grisham is with us now to tell us more. We reached her in her offices in Santa Fe, N.M.

Governor, thank you so much for speaking with us.

MICHELLE LUJAN GRISHAM: Absolutely, Michel. I'm delighted to be on the show and to talk more about this higher education initiative.

MARTIN: Well, obviously, you've been thinking about this for a while. I want to note that your bio says, for example, as governor, Lujan Grisham has implemented a series of evidence-based policies aimed at transforming New Mexico's public education system and, you know, among other things. So what is the evidence that suggests that this is the right way to go?

LUJAN GRISHAM: Well, actually, thank you for asking that. There is a ton that shows that, look - if you give college students - and this is also irrespective, right? - we want returning students to also be able to participate. If you are really clear about that access, you create an economic engine and future for the state. It shows how it translates to people staying and working, creating new entrepreneur and business opportunities.

And this is a state that's got all of this potential. And we have not really diversified or grown our economy in any meaningful ways. And, in fact, you know, we're losing our young people. They're looking for opportunities somewhere else. They are the future. We need them to participate right here. And this gives them the tools and resources that they have long needed to be a productive, contributing community member, and they want to.

MARTIN: And where does the money come from? It's estimated to cost between $25 million and $35 million How does the state pay for this?

LUJAN GRISHAM: Well, you know, right now, our revenues are really strong, and the bulk of them are coming from oil and gas. We are estimated to be the - we're the third-largest oil and gas producer in the country. I think people, the experts believe we'll be second in the next year or so, so we know that that's not slowing up. And those revenues allow me to make these investments and grow the economy in other places.

So I'm betting that the evidence that we've been reviewing and researching plays out by getting all of these students to have jobs right here that finally once and for all grow and diversify our economy. And we're also socking away some of that money into good reserves and good savings. So I'm feeling really good about that.

MARTIN: We live in a time when - not least because this is a presidential election, but also kind of just because of the tenor of public debate in the last couple of years - we're living in a time when people are asking some very hard and intense questions about the role of government. I mean, some people - as we know, during the course of the presidential campaign, many people are saying that there are a lot of things in this - the way our government is ordered that need to be reoriented.

LUJAN GRISHAM: We're, getting a really strong positive reaction. And I'll tell you why I think that's so. A, we have real education challenges. And New Mexicans and New Mexico families want a whole different dynamic. They want to lead in that space. They want to change their outcomes. They want to close those achievement gaps. So we're getting support to invest from early childhood education all the way to higher education. And people here - and they're right. I agree with them. I agree with my constituents, who I work for, that we need a robust, comprehensive effort.

And I certainly don't think that we'll have every single Democrat and every single Republican member of the legislature vote for this proposal. But I'm not expecting to have a tough time getting it passed. But New Mexico is in a unique position. Our fiscal house is in order. We're saving money. We do have an oil and gas boom. We're trying to be very smart about that, and we're investing in places where we know it makes a real difference.

We are making sure that we're laying those foundations so that it's not a temporary effort by us. We're going to make it last the long haul. That - I think New Mexico then will change the conversation for other states and for the nation because I have no doubt we're going to be successful.

MARTIN: That is the governor of New Mexico, Michelle Lujan Grisham, talking about the New Mexico Opportunity Scholarship. It would make New Mexico the second state in the country to provide full tuition coverage to its student residents.

Governor, thank you so much for talking to us. And we'll follow the debate and keep in touch.

LUJAN GRISHAM: Thank you, Michel. I really appreciate this opportunity.