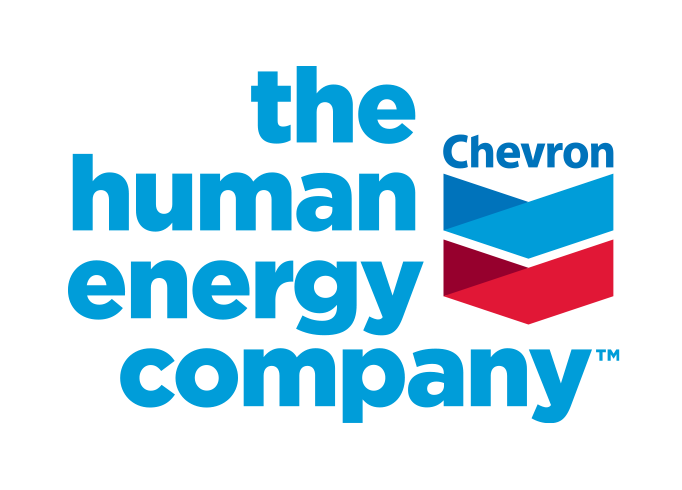 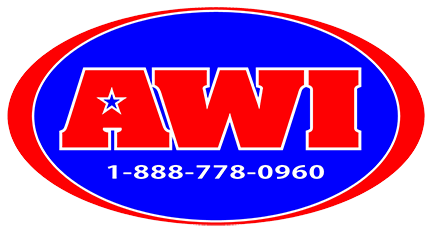 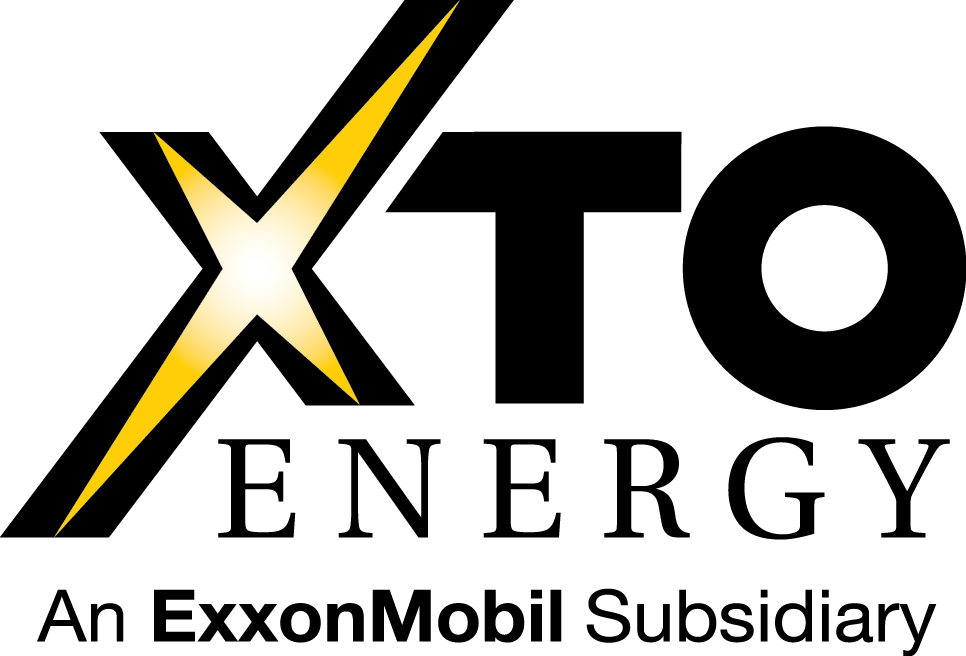 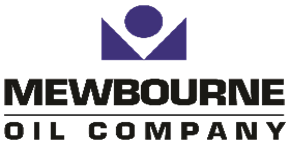 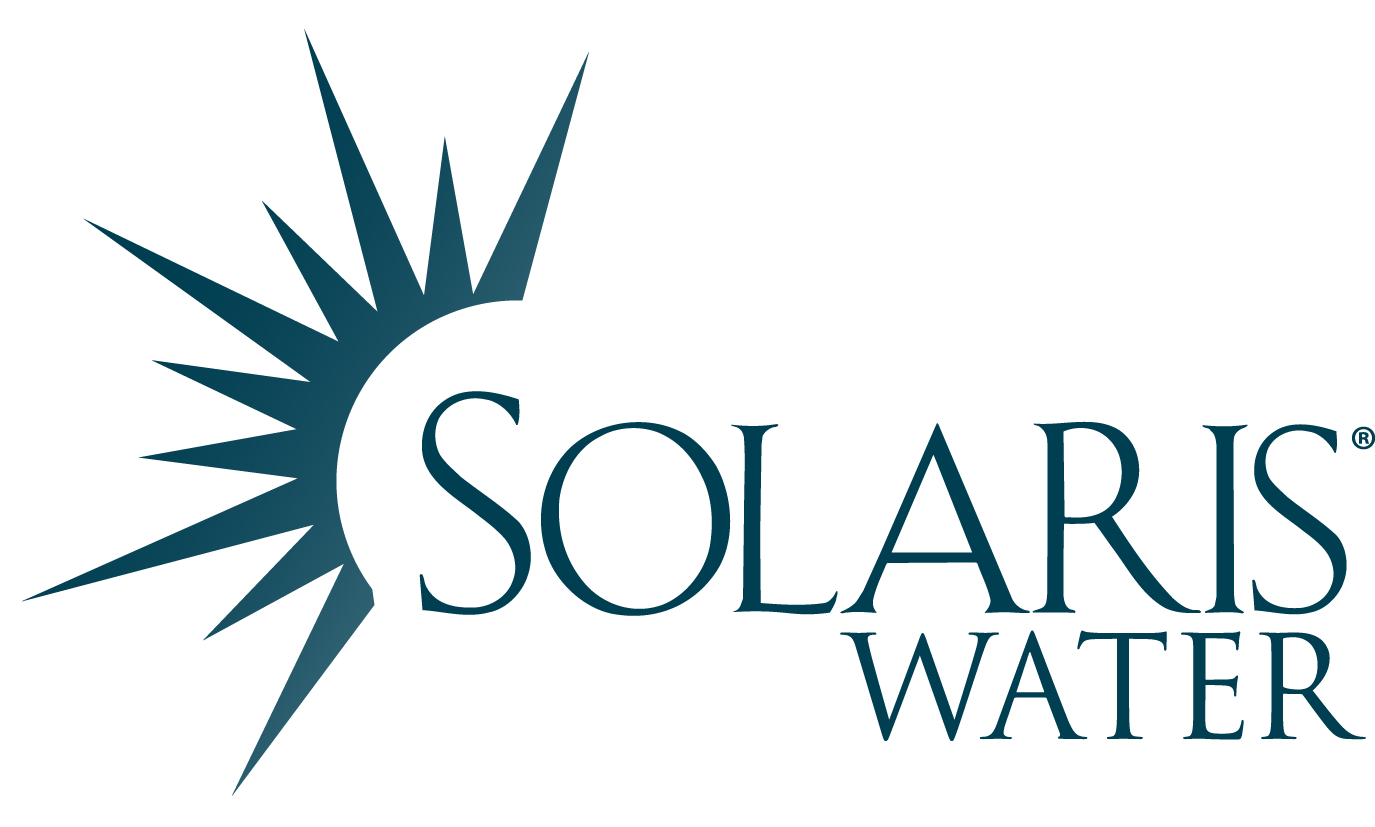 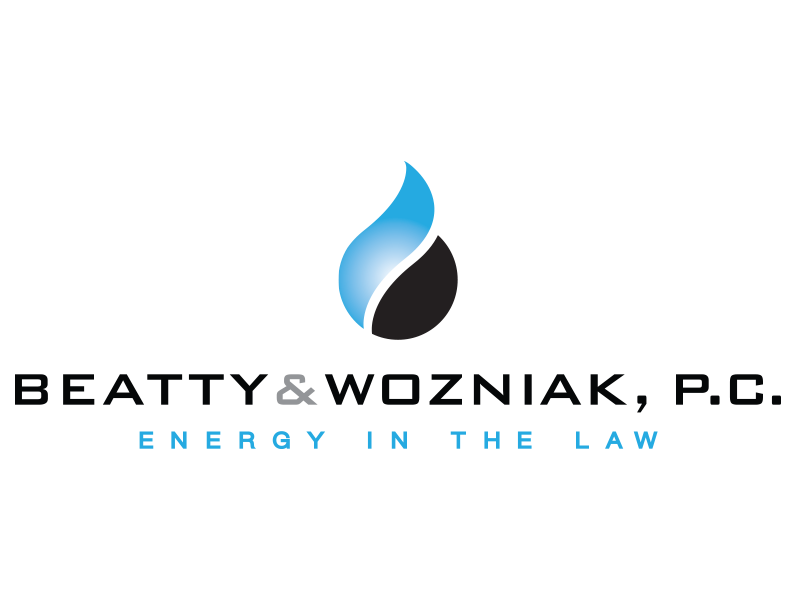 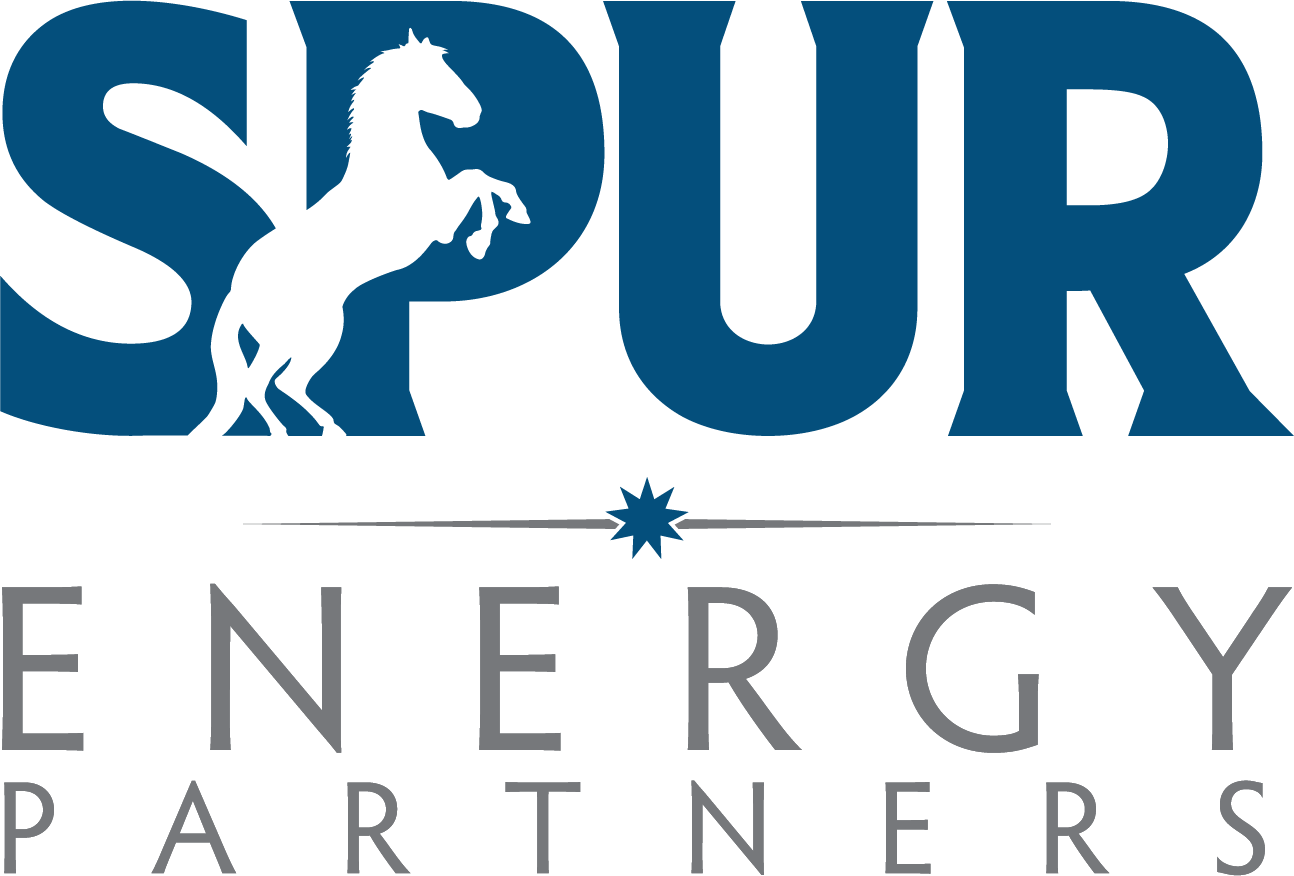 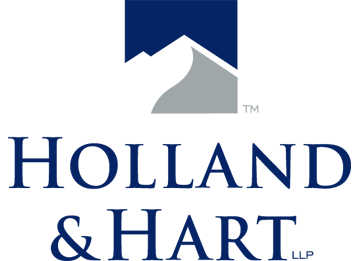 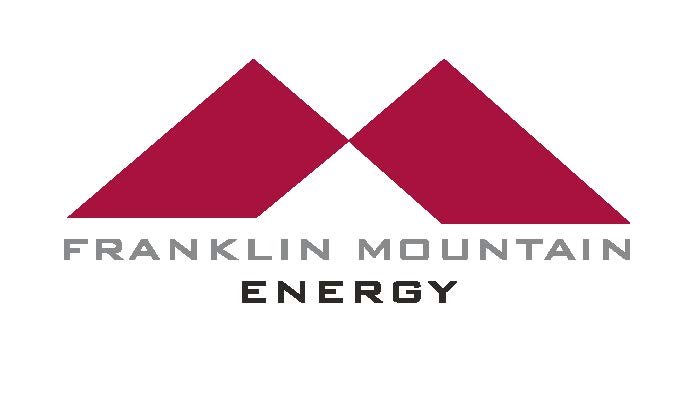 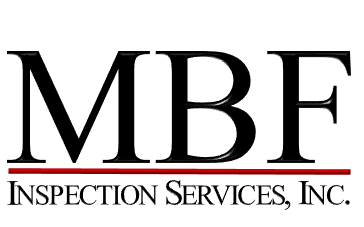 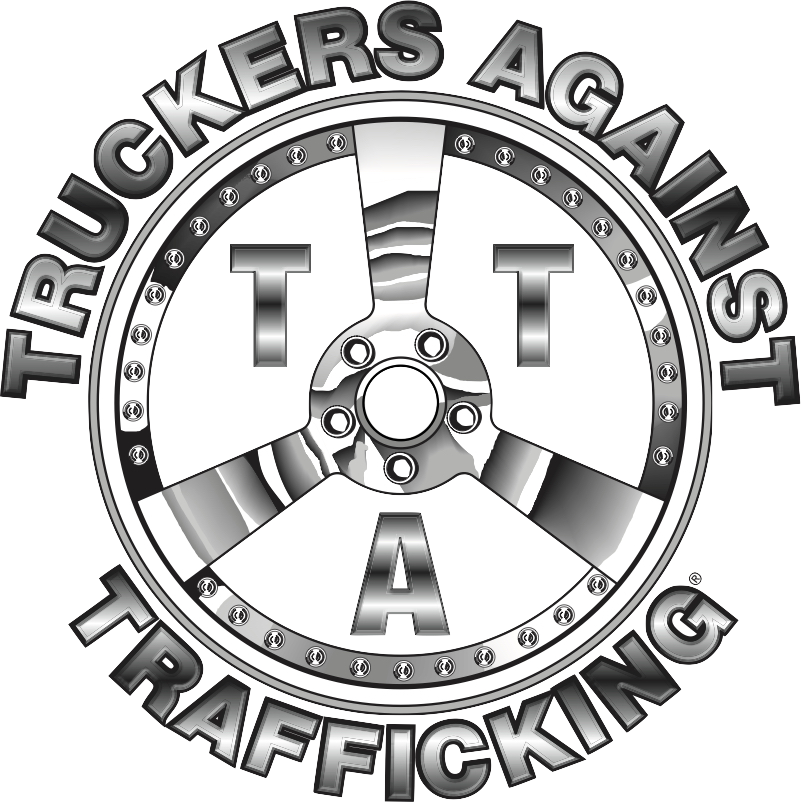 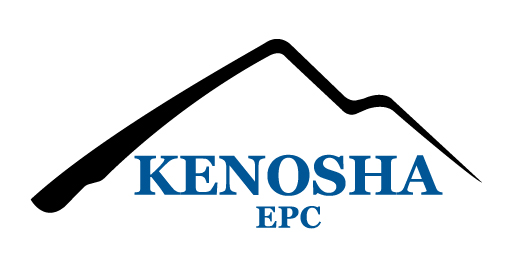 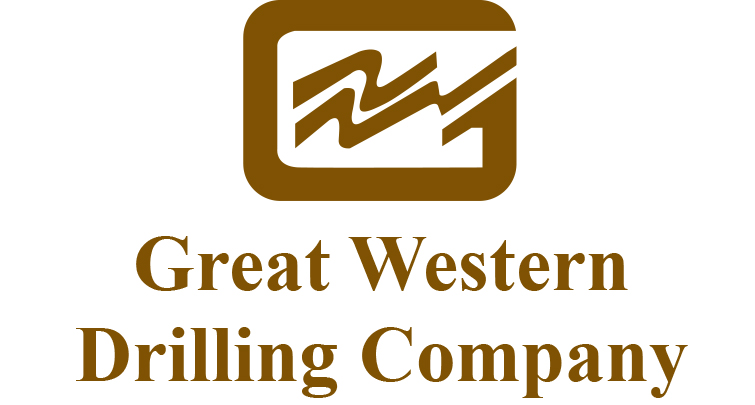 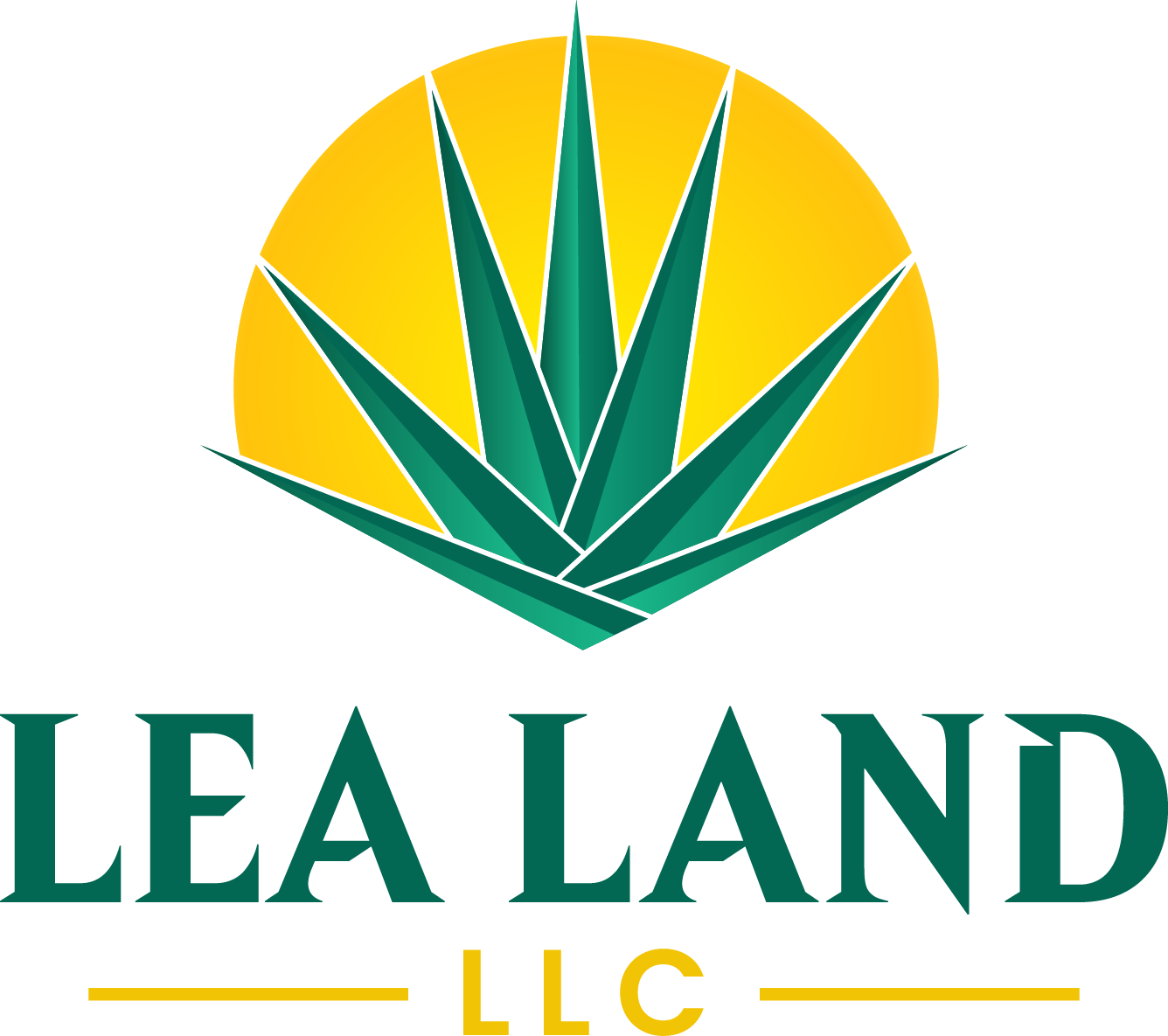 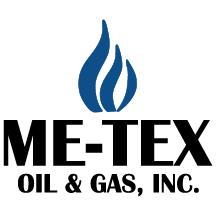 Jack Harper is President, Permian for ConocoPhillips, responsible for development and operations of this business unit, which is located in western Texas and southeastern New Mexico.

Harper has 25 years of industry experience, including most recently serving as president of Concho Resources. Prior to Concho, he served in various capacities relating to finance, corporate planning and strategy, capital markets and business development at Unocal Corporation, Pure Resources, Inc., and Tom Brown, Inc.

Harper earned a Bachelor of Business Administration degree in finance from Baylor University in 1993.

Ryder Booth is vice president of Chevron North America Exploration & Production Company and oversees its Mid-Continent Business Unit, a position he has held since August 2, 2021. He is responsible for managing Chevron’s large resource base of oil and liquids-rich assets in the mid-continent United States, including Chevron's significant Permian assets in Texas and New Mexico.

During his 30-year career with Chevron, Ryder has held numerous technical and management positions in Chevron global upstream business, including assignments in Bangladesh, China, Indonesia, Kazakhstan and the United States. He has served as the Production Operations Manager in Kazakhstan for the company’s Tengizchevroil operation, and as general manager of corporate strategy based in San Ramon, California.

He joined Chevron in 1991 as a facility engineer in the Mid-Continent Business Unit after graduating with a bachelor’s degree in Mechanical Engineering from Vanderbilt University.

Collin started his career in energy by roughnecking on oil rigs in West Texas. Over the next ten years, he worked in every major oilfield in the United States, managing drilling projects from the North Slope of Alaska to the deep waters in the Gulf of Mexico. Today, he's the cofounder, CEO of Digital Wildcatters and is extremely passionate about helping founders disrupt the energy industry.

After serving in the United States Marine Corps, Jake dove headfirst into the oil and gas tech scene in 2013 co-founding some of the first cloud-based tech startups and later co-hosting the first podcast in oil and gas. Now, Jake is the cofounder at Digital Wildcatters and spends most of his time at the intersection of O&G and tech.

Anne Bradbury was named as CEO of AXPC in December 2019, to lead all aspects of AXPC’s federal public policy efforts, advocating for regulations and policies that will enable U.S. independent producers to continue leading the world in energy development that meets the highest environmental and safety standards.

Ms. Bradbury served as one of the top legislative strategists and technicians in Congress as Floor Director to two successive Speakers of the House of Representatives and Deputy Floor Director in the Offices of both the Majority and Minority Leader. During her decade-long career on Capitol Hill, Bradbury was instrumental in the implementation and adoption of major rules packages and legislative initiatives ranging from reforms to national security and intelligence policy to health care, energy, transportation, trade, and education policy passed by the House of Representatives. Ms. Bradbury most recently served as a partner at the Duberstein Group.

Leland Gould is the President and CEO of the New Mexico Oil and Gas Association, having retired from Marathon Petroleum in 2020 as Director of Governmental and Public Affairs serving in the same position for Tesoro (Andeavor) and Western Refining prior to each acquisition. Gould was responsible for overseeing Governmental and Public affairs in New Mexico, Texas, Minnesota, Arizona, and Virginia. Prior to the acquisition of Giant Industries by Western Refining Inc.,he was Executive Vice President overseeing Giant’s Retail Group along with Corporate and Governmental Affairs including Giant’s Real Estate division.

Gould was previously Chairman of NMOGA in 2010 and 2015, and has also served as the President of the Heart Gallery of New Mexico Foundation; President of the New Mexico Amigos, New Mexico’s Official Goodwill Ambassadors;  Vice Chairman of the Presbyterian Children’s Ear Institute; and on the boards of the Western Petroleum Marketers Association Board (WPMA), and New Mexico Petroleum Marketers Association. In 2009, Gould was appointed by the Governor of New Mexico to serve on the Environmental Improvement Board (EIB).

Albuquerque Journal Editorial Page Editor D’Val Westphal has been with the state's largest newspaper since 1989 and on the Editorial Board since 2005, where she helps determine the topics the paper will weigh in on and crafts editorials. She started in journalism as a copy runner for the El Paso Times, walking to the bus station to pick up film from reporters back when many newspapers had reporters stationed around the state and photographers used film. She then worked at the Las Cruces Sun-News as a copy editor, and at the Journal she has supervised the courts and cops reporters as well as the wire services that provide the bulk of the Journal’s national and international news.

Westphal has been recognized by state and regional media groups, as well as the local chamber of commerce and animal and transportation safety advocates, for her writing on issues ranging from police officer social networking and county jail releases; to cockfighting, trapping and chimp testing; to a state version of Kendra's law and the exorbitant cost to taxpayers for prescription drugs in prison; to workers' compensation regulations, tax reform and protecting the Land Grant Permanent Fund. Her writing on behalf of the Journal has helped frame reforms in these areas and more -- Albuquerque police are under DOJ oversight, Bernalillo County no longer drops off released inmates on a Downtown corner in the dead of night, New Mexico has banned cockfighting and trapping on public lands and has a law that gives families the ability to order mental health treatment for their loved ones, and the United States no longer does testing on chimpanzees.

Since 1995 Westphal has also written the paper's "Road Warrior" column, helping readers navigate construction and commuter issues, and at last count received more than a thousand reader inquiries regarding Metro-area traffic each year.

Brian is responsible for building revenue growth, including business development, solution design, project management and customer success. He plays a lead role in assisting customers develop comprehensive solutions to achieve their business and environmental objectives, including the establishment of Project Canary as an expert resource for enhanced environmental performance.

Brian has over 25 years of energy sector and government experience, including with Noble Energy (now Chevron), BP and the US House of Representatives.  Throughout his career he has worked at the intersection of business and policy, developing win-win solutions that enable both energy production and environmental protection.

Brian holds an MBA and has undergraduate degrees in Political Science and Communications from James Madison University.

Reception Honoring the NMOGA Board of Directors

La Fonda on the Plaza

Inn and Spa at Loretto

Rosewood Inn of the Anasazi

Inn of the Governors

NMOGA does not have group rates for the following hotels. Inquire about availability online or contact the hotel directly.

Inn on the Alameda

The Lodge at Santa Fe

Inn on the Paseo

Welcome to Santa Fe, the historic capital of New Mexico and home of the New Mexico Oil & Gas Association. We look forward to welcoming you to NMOGA’s 93rd Annual Meeting!

As one of the oldest and largest oil and natural gas gatherings in the United States, NMOGA’s Annual Meeting regularly attracts more than 1,000 top industry leaders and executives, as well as state and federal elected and regulatory officials, to network, build business relationships, and learn the latest about New Mexico’s thriving oil and natural gas industry.

Situated at 7,000 feet in the foothills of the southern Rocky Mountains, Santa Fe is the highest and oldest capital in the United States. Over its 400 plus year history, its unique offerings of art, culture and ancient traditions make it a world-class destination, drawing more than 1 million visitors each year.

Santa Fe has long been a center of commerce in the west, a place where goods and services were made and traded. Six decades of the Santa Fe Trail cemented Santa Fe’s reputation as the commercial capital at the US-Mexico border, and following New Mexico’s incorporation as a state in 1911, Santa Fe became the state capital.

Today Santa Fe is the sum of its powerful history, with many families tracing their roots back several generations, a small-town atmosphere and an international reputation for artistic and architectural sophistication.

Adjacent to NMOGA’s 2021 Annual Meeting is one of New Mexico’s most iconic events, the Albuquerque International Balloon Fiesta. Celebrating 49 years this year, Balloon Fiesta is a world-renowned attraction and destination for all ages. For five decades, the first week in October brings the smells of roasting chiles and the beautiful, magical moving picture show of hot air balloons sailing silently through the crisp fall air. Guests from all over the world come to Albuquerque to celebrate ballooning. Hundreds of balloons will be taking flight from the Balloon Fiesta Park this year, creating an exciting city-wide celebration that’s not to be missed!