America's Progress at Risk: The Impacts of a Fracking Ban 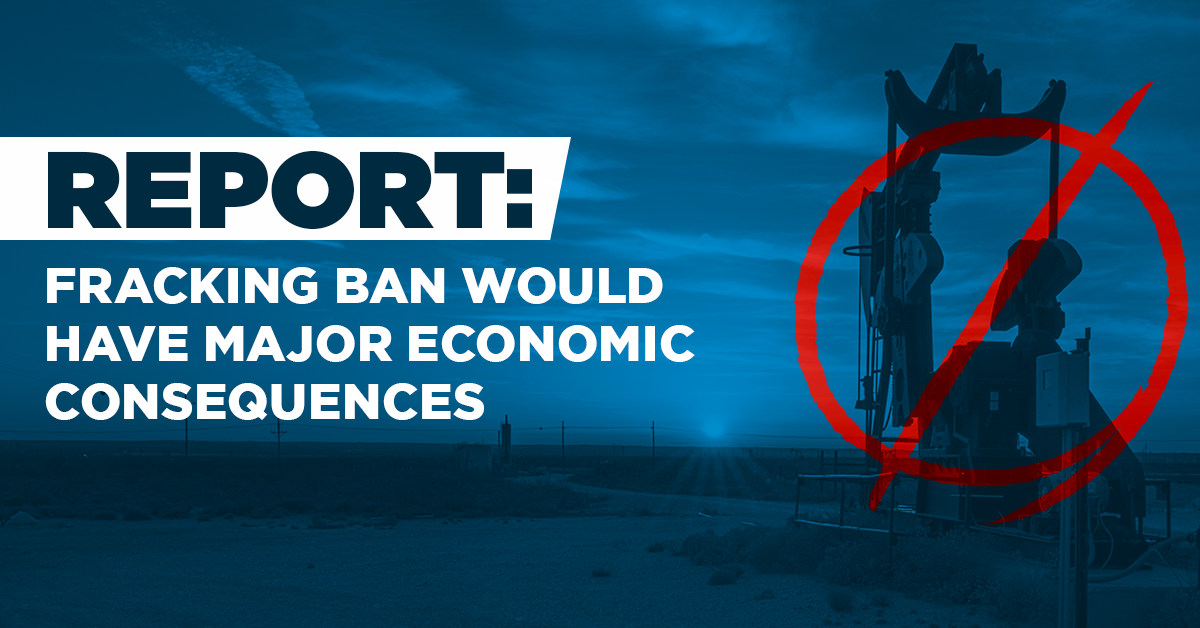 The U.S. energy revolution, based on this production, is dynamic and game-changing for the U.S. economy and energy security. Yet, banning fracking and halting federal natural gas and oil
leasing has been proposed.

This API summary of modeling data provided by the consulting firm OnLocation shows the economic impacts that could result from such policies – on the broader economy, national and state employment, and individual households. These include the likelihood of triggering a U.S. economic recession and reversing economic and energy security progress.

A little more than a decade ago, the U.S. economy was saddled with high energy costs and a growing reliance on foreign imports. Oil prices peaked at $133 per barrel in June 2008, and that same month, natural gas prices topped $12 per million British thermal units. Energy imports were at record highs. In 2008, the U.S. imported 57% of its oil products, and natural gas imports accounted for 13% of domestic use.

According to government experts then, the U.S. would need significant imports of oil and natural gas well into the future. Instead, the combination of hydraulic fracturing and horizontal drilling technologies and access to federal lands fundamentally changed the trajectory of U.S. energy, generating broad benefits to the country and consumers.