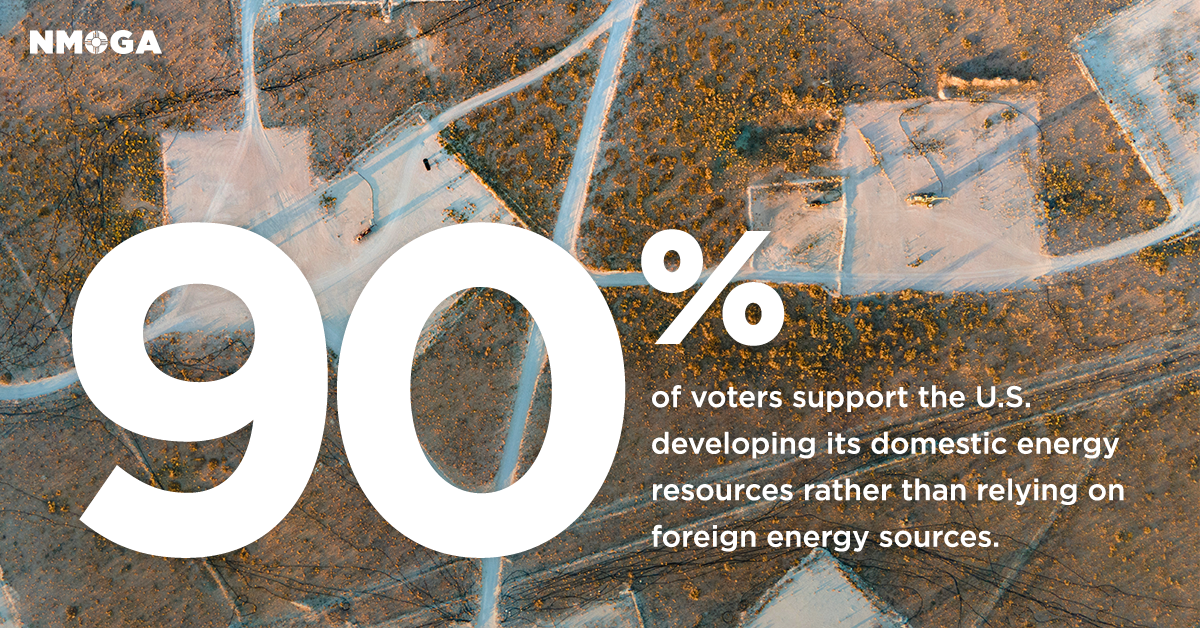 Ahead of President Biden’s State of the Union Address, API released a new poll that found 90 percent of voters support the U.S. developing its domestic energy resources rather than relying on foreign energy sources.

The new polling conducted announced by the American Petroleum Institute was done by Morning Consult. It found that 90 percent of voters support the U.S. developing its domestic sources of energy rather than relying on other regions of the world

The poll in that regard was not partisan at all as Democrats supported it with 92 percent, Independents with 86 percent, and Republicans with 90 percent. This trend will be very similar throughout the remaining poll questions.

It also showed that 85 percent believe producing natural gas and oil here in the U.S. helps America maintain a leadership role during a period of global uncertainty. This was supported by 82 percent of Democrats, 78 percent of Independents, and 91 percent of Republicans.

It was the same for oil as 85 percent believe that producing natural gas and oil here in the U.S. could help lower energy costs for American consumers and small businesses. Of the total number of polled voters, Democrats supported this notion with 81 percent, Independents supported it with 80 percent, while 90 percent of Republicans agreed with this notion.

Finally, 84 percent agreed that producing natural gas and oil here in the U.S. helps make our country and allies more secure against actions by other countries such as Russia. This was again supported by voters across all three aisles. Democrats were 83 percent for it, Independent voters agreed 78 percent, while Republicans supported it with 88 percent.

With this spread of support for developing domestic U.S. energy resources, it can be said that it appears to be non-partisan and that energy is something voters from every side agree on, regardless of differences on other questions.

API also submitted a letter to Secretary Deb Haaland seeking clarification on DOI’s response to Louisiana v. Biden regarding leasing and permitting delays and urging the department to prioritize and move forward with its statutory requirements to issue quarterly lease sales and issue a five-year plan for offshore development.

“[The] State of the Union address comes at a moment of uncertainty and volatility around the world, and now more than ever is the time for President Biden to confirm the United States’ role as a global energy leader and send a clear message that America will be a reliable producer and supplier of natural gas and oil at home and abroad for decades to come,” API President and CEO Mike Sommers said.

“While it’s unclear what lies ahead as Russia invades Ukraine, we know one thing for sure: American energy is a positive force in difficult times, helping to provide stability for the U.S. and our allies. We have the technology, innovation, and resources here in the U.S. to meet this moment while at the same time furthering progress toward our shared climate goals.”