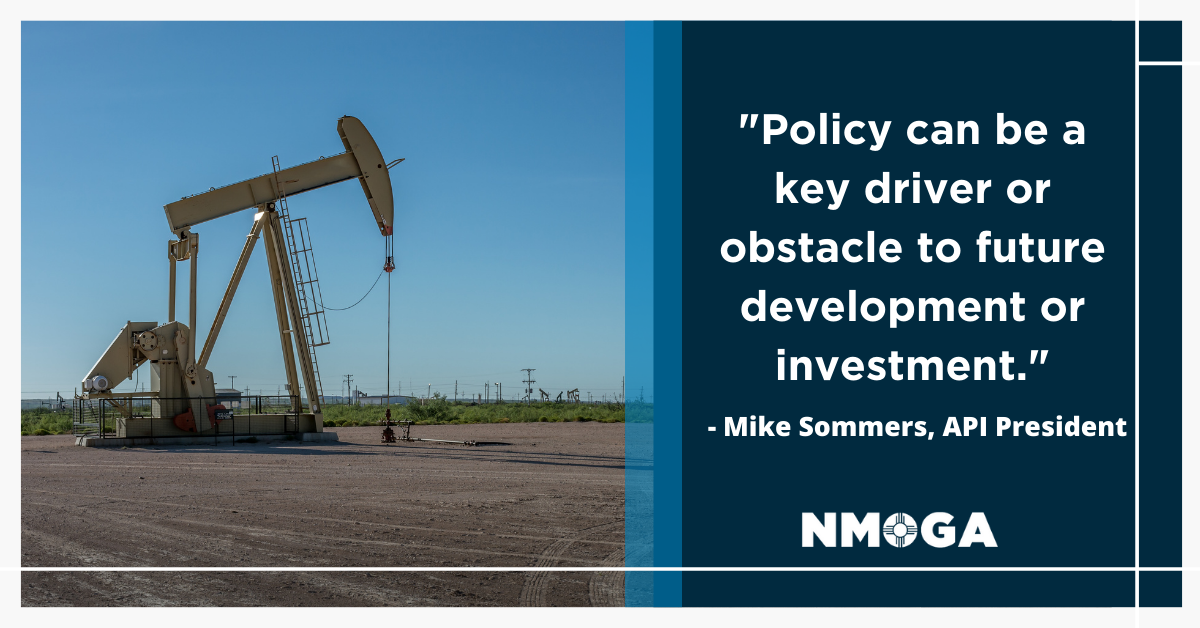 Mike Sommers, president of the American Petroleum Institute, blamed the Biden administration Tuesday for contributing to a decline in U.S. oil and gas investment through policies like halting construction of the Keystone XL pipeline and pushing a tax on methane emissions.

Speaking at the World Petroleum Congress in Houston, Sommers said the Biden administration was sending the message that "we don't want this investment in the U.S."

"The list goes on and on, including open discussions about banning oil exports," he said. "Of course, there's not going to be the investment."

Since coming into office in January, Biden has looked to ways to reduce U.S. emissions in a bid to address climate, often at the expense of the oil and gas industry.

But the decline in investment predates his time in the White House, as companies over the past decade have not only faced low commodity prices but increasing pressure from investors to improve cash flows.

Speaking on stage with Sommers, John Hess, CEO of New York-based oil firm Hess Corp., said the industry was in part the victim of its own success, pumping too much money into shale drilling in the first half of the 2010s.

"Investment is down in part because of the overinvestment in shale. Shale was getting too much money," he said. "We grew too fast and it destroyed the price of oil."