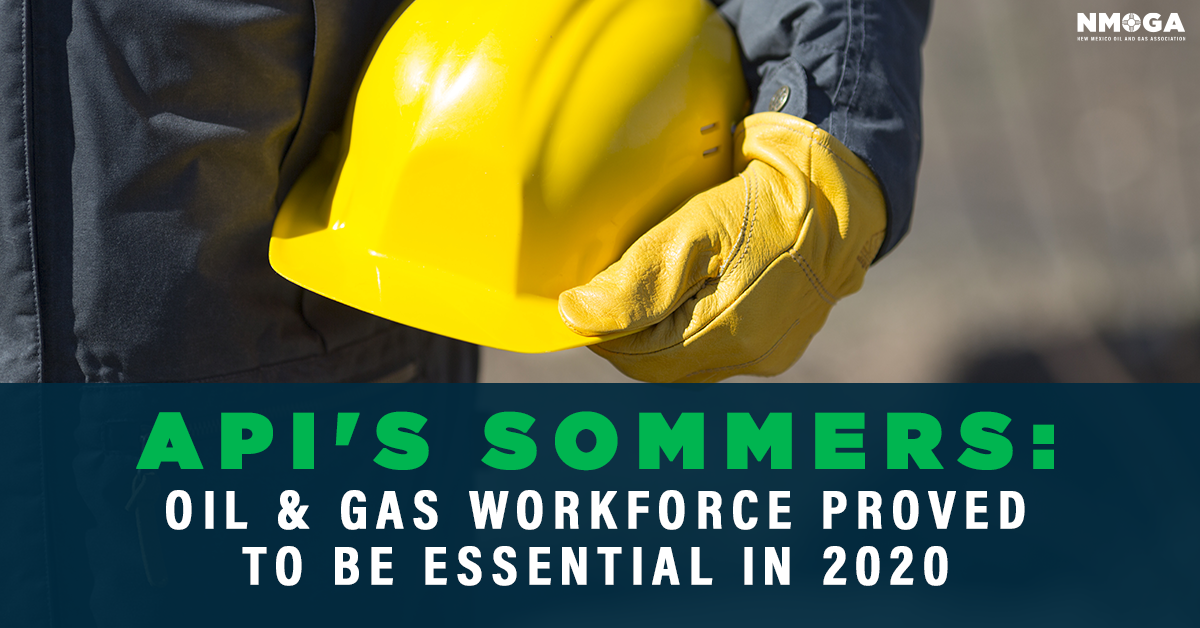 According to API President and CEO Mike Sommers, if there was one sustaining lesson learned from the perilous and unpredictable year of 2020, it was that during the U.S.'s most critical time of need, the oil, gas and petrochemical industry workforce proved "day-in and day-out that [they] are essential."

"The millions of men and women whose jobs are supported by the energy sector reflect the industry's commitment to step up, take action and solve problems," Sommers said. "Our resilience, values and principles are essential to America's success and recovery, and they are evident among our workforce in communities across the U.S."

Because reliable energy is so central and consequential to everything else in the economy, the industry doesn't "get caught up in every political battle of the moment," Sommers continued. "We keep the focus on the essential work America depends on: producing and delivering American energy, contributing to America's national security, answering climate challenges with action and American ingenuity, and keeping energy affordable for all," he said.

Delivering the keynote address at API's State of American Energy's virtual event, an annual discussion of the natural gas and oil industry's priorities for the year ahead and other issues impacting the industry, Sommers pointed to four areas of focus that are "nothing new," but are the basis of the approach API will take in working with President Joe Biden and his administration.

"First, thanks to American technology and innovation, the U.S. is now the world's leading producer of natural gas and oil," Sommers said, adding that if the Permian Basin alone was a country, it would be the third-highest producing nation in the world.

"Second, securing America's energy future has long been a point of unity," Sommers said. "Since the 1970s, nine U.S. presidents have focused on American energy security and advocated for reducing our nation's dependence on foreign oil -- and for good reason."

Third, Sommers said, cleaner U.S. natural gas for electricity generation has removed over three gigatons of CO2 emissions that otherwise would have been emitted between 2006 and 2019.

"What does that mean?" he asked. "Even before the recent economic downturn, U.S. emissions were about as low as they were in the 1990s, while economic growth doubled."

Finally, Sommers said, energy affordability is "more important than ever" as the U.S continues to battle the coronavirus pandemic.

"A government focused on recovery for all should reject policies that could drive up energy costs and hurt those who can least afford them," he said.

Responding to the pandemic

"The pandemic offered reminders of just how crucial the natural gas and oil industry is to everyday life," Sommers said. "Consider that last April, when everything was shut down, global demand for oil was still 81 million barrels a day."

Sommers noted that many essential PPE products like gloves, facemasks and clear plastic shields are petroleum-based. Yet "lost in the rhetoric," he said, some individuals in the halls of power choose to ignore this fact.

"We are all familiar with the caricatures of the oil and gas industry. But I can assure you that whatever the issue, whatever the controversy, we're going to stay on mission with positions based in reason, fact and reality," he said.

Despite disruption across the economy, the energy industry "continues to deliver without interruption," Sommers said. "We keep the lights on. We heat homes, hospitals and businesses. We fuel cars and trucks -- never in doubt," he said. "That's because the people of this industry step up. They don't need the government to tell them they are essential. In reality, every day, pandemic or not, the men and women of our industry show up and do extraordinary work -- often unseen and unrecognized -- that is consequential.

"We are American energy, restoring the economy today, preserving America's energy leadership tomorrow and building a better future for all."