As U.S. Temperatures Spike, So Does The Need For Natural Gas 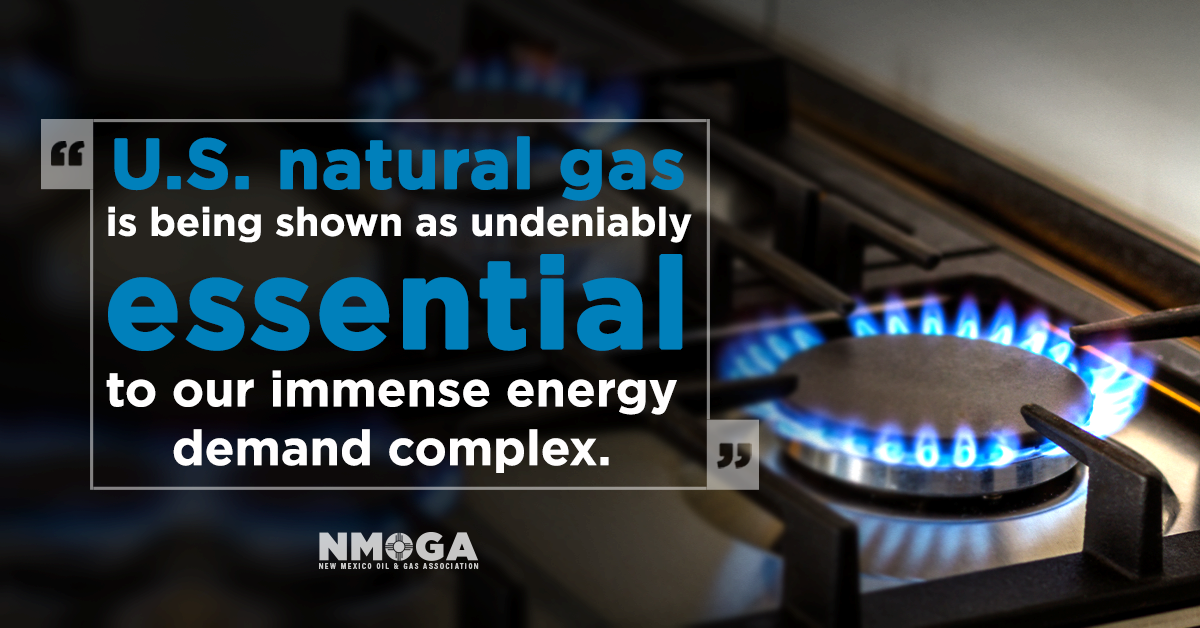 As our energy-climate discussion marches on, one of the most telling things is being played out this sweltering summer.

Once again, U.S. natural gas is being shown as undeniably essential to our immense energy demand complex.

In future, however, the lean on natural gas could be much higher than some want you to think, especially since gas is expected to remain relatively low-cost.

The reality is that coal and nuclear plants are being retired (the former in droves over the past 12 years), so we have been increasingly going down the “only gas, only renewables” path for America’s electricity.

The problem is that wind and solar are naturally intermittent, unavailable most of the time and usually backed up by gas generation itself.

Not to mention that these renewables are “location-specific,” where their prospects to deliver are contingent on geography (i.e., windy Texas dominates U.S. wind power and sunny California dominates U.S. solar power).

This is making gas even more vital in providing the reliable electricity that we require in our goal for more “electrification” to fight climate change – more power utilized in transport, buildings, industry, etc.

Over the past year alone, electricity reliability and pricing problems have plagued our two biggest states, California and Texas.

Experts are warning us that such failings could erode public support for more electrification, because it must be met with low-cost, dependable power or Americans simply won’t support it.

To illustrate, ERCOT officials in Texas just identified “Wind was not generating as much capacity as expected” as a reason for the most recent Texas power crisis just a few weeks ago.

Indeed, and a warming world will also require lots more of the obvious: the electricity that fuels the air conditioning that prevents 18,000 heat-related premature American deaths each year.

Very quietly, U.S. electricity demand has stayed mostly flat over the past 13 years, at around 4,100 terawatt-hours.

But, we are now positioning ourselves for a huge increase in our power requirement.

As we shift to electrification, the general projection is that U.S. power demand could boom 60-90% or even more in the decades ahead.

And this hot summer is proving just how invaluable natural gas really is.

For example, a significant jump in gas prices has still not slowed a rise in gas usage (Figure).

Despite prices currently being far more than double what they were this time last year, U.S. gas demand in the power sector has been hitting records, with industrial usage also very high (together, they equal over 70% of our gas consumption).

The most powerful example of the importance of natural gas is happening out West, where for decades we’ve been told it will soon be so different.

After almost two decades of mandates, tax breaks, and tens of billions (if not hundreds) of dollars spent on renewables, “green energy leader” California still requires a staggering amount of natural gas (Germany might be an even better example).

In California, the recent 33% rise in gas prices was still met with nearly a 60% surge in gas generation to save the day.

Just imagine the devastation if the CPUC vote to keep five gas plants online past 2020 had gone the other way.

In addition, rising gas prices have also not slowed the rise in gas exports, which have been at record levels for piped supply to Mexico and liquefied natural gas (LNG) sales to a gas-hungry world, with the latter even coming in the usually lower demand summer.

More pipelines are quietly being approved behind the scenes, and gas shipments to Mexico hit a record 7.2 Bcf/d a week ago, while LNG feedgas demand has been averaging a seasonally very high 10.2 Bcf/d in June (Figure).

Practical energy policy begins with being honest with ourselves: natural gas is nowhere near as displaceable as some are claiming that it is.

Those opposing U.S. natural gas need a climate wakeup call on what’s really happening: “Gas Is So Scarce in Europe That Coal Is Making a Comeback.”

Up to over $12.00, gas prices in Asia have been quadruple what they’ve been here recently, opening arbitrage opportunities for our sellers.

And for some reason, the anti-shalers don’t want you to know that the International Energy Agency has directly credited more shale gas as to why the U.S. is cutting CO2 emissions faster than any other country ever - amazing progress that one would think they’d be celebrating.

When we drop other sources of baseload energy like coal and nuclear, and renewables are weather-dependent and thus can struggle without notice (a problem exacerbated by the extreme weather that climate change is bringing), it simply has to be low-cost, reliable natural gas that fills in.

The price of natural gas is therefore becoming increasingly less relevant because gas “cannot not be used.”

The pushed assumption is that costs for renewables will just continue to effortlessly decline in perpetuity, but we know that isn’t true.

In fact, seemingly out of nowhere, 2021 is turning into a rather challenging year for solar power, as surging demand and input costs (e.g., labor, steel, shipping) have the industry in a bind: “Solar Power's Decade of Falling Costs Is Thrown Into Reverse.”

To begin with, using data from the U.S. Department of Energy, cost comparisons between gas and renewables should be questioned because they are ultimately comparing two different types of service: 85% service vs. 35% service.

Not to mention that we are already seeing the renewable build face some unlikely and early opposition: “Solar Power’s Land Grab Hits a Snag: Environmentalists.”

Many of these issues for renewables, of course, should be expected to become bigger as their build-out continues here and around the world.

Ohio has become a battleground for counties and grassroots groups fighting back against forced wind and solar farms in their communities, with California even seeing a movement against rooftop solar led by a Democrat, Assemblymember Lorena Gonzalez in San Diego.

Greatly experienced with offshore energy infrastructure, those pushing for the “Big Oil” majors to get into offshore wind development should know that this is already proving a significant cost escalator.

“Big Oil” has the deep-pockets to dominate the seabed leasing wars, shoving others out and reducing competition in the industry.

President Biden has a goal of 30,000 MW of offshore wind capacity online by 2030, but with currently over 530,000 MW of gas capacity, it’ll clearly be natural gas that continues to “beat the heat.”