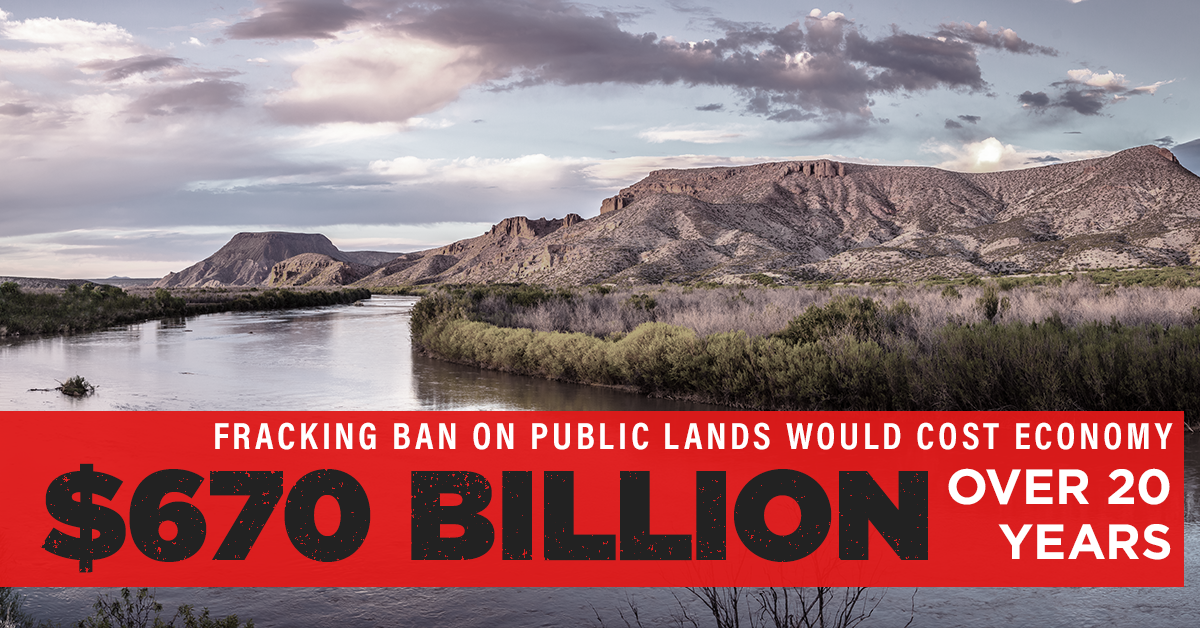 A ban on oil and natural gas development on public lands by President-elect Joe Biden would severely harm the economies of eight western states, according to a Wyoming Energy Authority study conducted by University of Wyoming Professor Tim Considine.

Over the next four years, the human cost of fulfilling Biden’s campaign pledge would be an average of 72,818 fewer jobs annually. Lost wages would total $19.6 billion, economic activity would decline $43.8 billion, and tax revenues would drop $10.8 billion by the end of Biden’s first term in Alaska, California, Colorado, Montana, New Mexico, North Dakota, Utah, and Wyoming. By 2040, Gross Domestic Product (GDP) would decline by $670.5 billion and average annual job losses would exceed 351,000 across the West.

The following are comments from Western Energy Alliance and the New Mexico Oil & Gas Association in response to the report:

“President-elect Biden has had to face the reality that he can’t ban fracking nationwide, so he’s pledged to ban leasing and fracking on federal lands. A Biden ban would be devasting to the economies of western states by eliminating thousands of jobs just as Americans are struggling to recover from the pandemic,” said Kathleen Sgamma, president of Western Energy Alliance. “He’s calculating that he won’t pay a political price while satisfying radical climate activists, but he would be sacrificing the livelihoods of thousands of westerners throughout many sectors of the economy. We hope this report convinces him not to inflict economic pain on westerners. If he makes good on a Biden ban, the Alliance will be in court within hours.”

“Any proposal restricting oil and gas development on federal lands would devastate New Mexico and result in the elimination of thousands of jobs, massive cuts in support for public education, and a greater reliance on foreign energy imports. Our state depends on oil and gas to fund schools, put teachers in classrooms and help our young children learn,” said NMOGA President Ryan Flynn. “With vast stretches of federal land, it is simply impossible to divorce our economic success from land management policy in western states like New Mexico, and funding for education, access to healthcare, and new infrastructure projects are all on the line. We are committed to doing our part to reduce emissions and protect the environment, but we cannot slap thousands of New Mexicans with proposals that destroy jobs and ravage communities.”

New Mexico, which ranks first in oil production on public lands and second in natural gas, would lose $207.7 billion in GDP over the next 20 years. Between 2021 and 2024, a drilling ban would eliminate:

Across the eight states that together provide over 97 percent of federal onshore production, closing off public lands over the next 20 years would result in:

The report entitled, “The Fiscal and Economic Impacts of Federal Onshore Leasing and Drilling Bans,” analyzes the economic impacts of two potential scenarios: a leasing moratorium and a ban on approving drilling permits. The full report is available online.

About Western Energy Alliance
Western Energy Alliance represents 200 companies engaged in all aspects of environmentally responsible exploration and production of oil and natural gas in the West. Alliance members are independents, the majority of which are small businesses with an average of fourteen employees. Learn more at www.WesternEnergyAlliance.org.

About New Mexico Oil & Gas Association
The New Mexico Oil & Gas Association (NMOGA) is a statewide coalition of oil and natural gas stakeholders, individuals, and companies dedicated to promoting the safe and environmentally responsible development of New Mexico’s oil and natural gas resources. With more than 1,000 members, NMOGA advocates for sensible and balanced policies for the development, production, and transportation of oil and natural gas, and works to increase the public’s awareness and understanding of industry operations and contributions to the state. Learn more at www.nmoga.org.