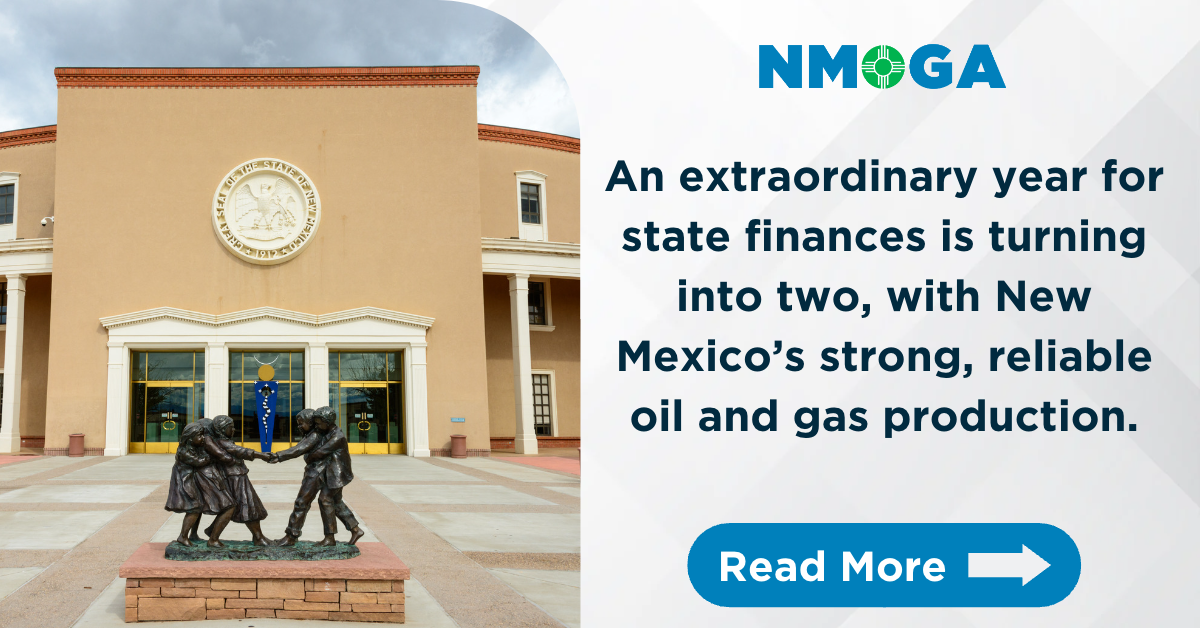 These documents are expected to be presented to the state legislature and include a policy and performance analysis, appropriation recommendations and supplemental charts and graphs

The LFC budget recommendations asks the legislature to spend $9.44 billion from the state’s general fund which is a $1.04 billion, or 12 percent, increase of fiscal year 2023 planned spending.

“Today, we have a historic opportunity for change in the state of New Mexico,” Lujan Grisham said in a news release. “This budget builds upon the immense progress and success of the last four years, continuing to improve the lives of the people of New Mexico by funding programs, policies and initiatives that we know are working. It also empowers the state to continue to take on new and innovative strategies that are disrupting the status quo, that help our children, our families, our schools, our small businesses and our entire economy to grow and prosper.”

These recommendations include $1 billion in economic relief through tax rebates, $128 million for water infrastructure improvements, $146 million for statewide broadband internet expansion and $91.3 million for a four percent pay raise for all state employees.

The recommendations also include $25 million for rental assistance and eviction prevention, $13 million to incentivize development and zoning updates, $4 million for mobile homelessness response teams at the Department of Health, $200 million to establish the Rural Health Care Delivery Fund, $28 million for the Health Professional Loan Repayment Program and $10 million for a full-spectrum reproductive health clinic in southern New Mexico.

For education the governor’s proposal includes $220.1 million for extended in-class learning time, $277.3 million for continued investment in high-quality child care, $131 million to maintain and expand access to pre-kindergarten education, $111.1 million for a 4 four percent salary increase for school personnel and $157.4 million for the Opportunity Scholarship.

For public safety it includes but is not limited to $100 million for law enforcement recruitment funding and $2.2 million to create two hotshot forest fire crews.

The LFC recommendations are similar in their utilization of oil boom windfalls to help New Mexicans in need.

“The recommendation includes $328 million for average pay raises of 5 percent for state and education employees, $80 million to backfill federal Medicaid spending, $109 million to expand pre-kindergarten, and a $263 million recurring and $261 million nonrecurring increase for public schools, the recommendations’ cover letter states. “Reserves would be 30 percent of planned spending, safely above the levels that served the state well during the plunge in income at the start of the pandemic and with room for additional recommendation for fund transfers and tax changes.”

“An extraordinary year for state finances is turning into two, with a continuing oil boom and a strong economy contributing to revenue levels in FY24 that will surpass the records set in FY23,” the report states. “New Mexico emerged from the first pandemic year in a strong financial position and with solid reserves in place, allowing the Legislature to invest the FY23 windfall in initiatives intended to improve outcomes for New Mexicans. The 2024 fiscal year looks to be another transformative year.”

The report also requests pay raises for state workers including educators including targeted raises for those who work in child welfare and public safety.

The state budget continues to rely on the oil and gas industry which can prove volatile.

“The recommendation includes substantial efforts to turn the financial boom of FY24 into long-term returns, with continued efforts to create and grow endowments and establish multi-year appropriations. The recommendation leaves room for tax reform and relief and sets a reserve target of 30 percent, the level that served the state well at the onset of the pandemic,” the report states.