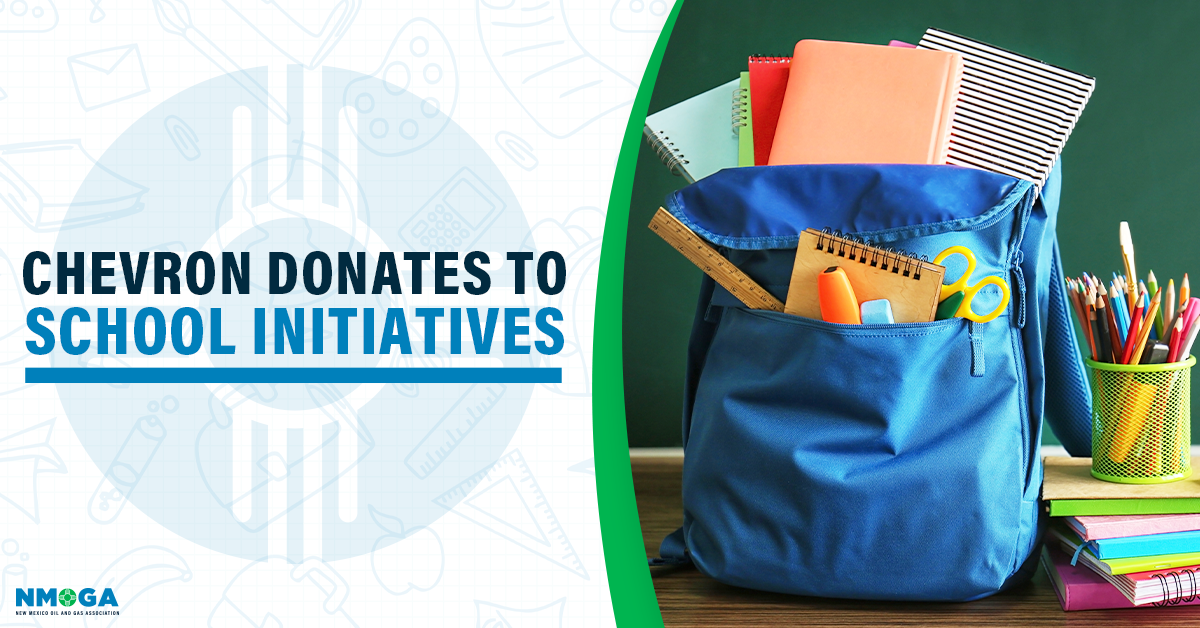 A major U.S. oil company encountered criticism and appreciation Thursday for its pledge to donate $1 to local school projects for every tank of gasoline purchased, as New Mexico schools and state government grapple with an increasing financial reliance on the fossil fuel industry.

Chevron Corp. announced this week it would make up to $5 million available to support school initiatives in communities across the country through its “Fuel Your School” program that urges people to fill up the gas tank at its stations and help a school.

About $75,000 was earmarked for school donations in three New Mexico cities by Chevron, which has heavily invested in oil production in the southeast corner of the state.

Thousands of students thronged the New Mexico Capitol in late September amid worldwide “Climate Strike” demonstrations. Alonzo and some other advocates want the petroleum industry to pay into a transition fund to rid the state economy of greenhouse gas emissions.

“Because of our poverty here in this city and where we stand on education anywhere, we’re not going to say we don’t want your books and your support,” Alonzo said Wednesday. “But it also goes against what we want to do right now. … This is just a demonstration of how deep the oil and natural gas industry is in our education system.”

At a public school in a heavily Hispanic neighborhood, the top state and district education officials sounded an appreciative note as California-based Chevron supplied books to the school library and filmed the event for promotional purposes.

“We’re thankful that a company that’s selling gas is choosing to invest in their community, they don’t have to,” said Ryan Stewart, public education Cabinet secretary to Democratic Gov. Michelle Lujan Grisham.

The initiative is dwarfed by the oil industry’s annual contributions in tax revenue and royalties to the state of New Mexico.

Amid record-breaking oil production in New Mexico this year, about one-third of annual general fund spending by state government derives from the petroleum sector and related state investments.

The governor has launched a long list of initiatives to address climate change.

Camilla Feibelman of the Sierra Club said the community is “playing with fire” by promoting gasoline sales and public education hand-in-hand.

“The idea that we should all go fill up our tanks to pay for our education seems disjointed from the climate crisis that our state and our world is facing,” she said.