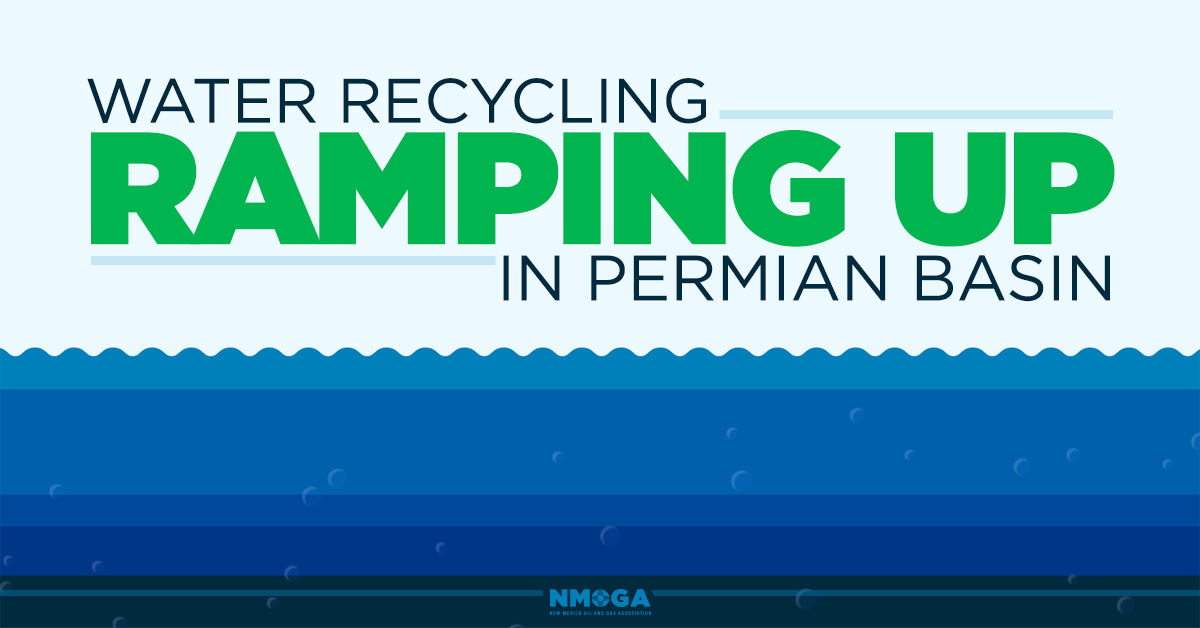 As oil and gas boomed in the Permian Basin, a dilemma around the millions of gallons of water needed every day for hydraulic fracturing — or fracking — emerged alongside what many called unprecedented economic growth.

Oklahoma-based Devon Energy, a major operator in the Permian, was one of those companies.

The company began work in 2014 to treat and reuse produced water, or waste water from fracking, rather than the traditional method of re-injecting the contaminated fluid back underground.

At these facilities, produced water is chemically treated and disinfected. It is then stored on-site, and pumped to well locations to be reuse in fracking.

Every barrel of treated water, he said, is one less barrel of fresh or brackish water the industry has to draw from the desert environment while it extracts oil and natural gas.

He said about 80 percent of the water used in Devon's Delaware Basin operations is reused.

While that's good for the environment, it also saves Devon more than $2 per barrel.

Over the past five years, records show Devon recycled and reused about 38 million barrels of water at about 42 gallons per barrel.

That's about 1.5 billion gallons of water saved from waste.

That could support 48,593 Americans for a year, fill 1,081 Olympic-sized pools and took about 500 trucks off the road per day, Bruening said.

"I think people understand that this is an opportunity to conserve water and manage our environmental footprint which is critical everywhere but especially in a state like New Mexico where water is so precious," said Ryan Flynn, executive director of the New Mexico Oil and Gas Association.

"We’re such an arid state. We’re obviously in a very different position in terms of water quantity than other states and areas. We see the conservation benefits first and foremost. There’s also clearly and economic opportunity here."

At Devon's Todd 2 water facility about halfway between Carlsbad and Jal, about 50,000 barrels of produced water are treated per day.

The facility uses a method called dissolved air flotation, which pumps air bubbles into the water to lift particulates to the surface where they are skimmed off.

The resulting sludge is orange in color, high in iron and other heavy metals.

The water is also chemically treated to remove bacteria picked up during the fracking process, and stored in a retention pond that holds about 400,000 gallons using a four-layer plastic liner.

From there, the water is pumped back out to the oilfield for use in subsequent fracking operations.

"Frack jobs are getting bigger," Bruening said. "The demand for water is going up."

"The big driver was we didn't have enough water to frack as fast as we wanted," Bruening said. "We needed more fluid. We thought we had this produced water out there. Let's use it. Every barrel we push through the system, that's one less barrel we have to use.

"We're taking a waste product that's useless, and making something we can use."

Devon hopes to soon get to the point of reusing almost all of its produced water. Some fresh water is needed, Bruening said, for hydro-testing when the water is pumped through a system to check for leaks.

"It's been pretty important in the last couple of years," he said of water recycling. "Our target is to get as much reuse as possible. We can get up to 100 percent."

That could also mean being able to provide treated water to the agriculture sector for watering crops, he said, even recharging back into drinking water supplies.

Bruening said the work could not only help oil and gas companies get and retain the water they need for extraction operations, but help address New Mexico's struggles with drought and water scarcity across industries, especially as the industry continues to grow in the region.

"There's no reason we can't from a technical standpoint," he said. "Sometimes we don't get there because we don't have the production to support it.

"As this matures, there's are some economic benefits."

Flynn said water is the "No. 1" priority of New Mexico's industry, ahead of greenhouse gas emissions and infrastructure.

He said he expects a dramatic spike in investments from major companies like Devon, along with a shift in the water midstream sector away from disposal injection and embracing recycling and reuse.

"Our industry, the types of investments we’ve seen in recent years have been in the billions for production and I think the water midstream has the potential over the next decade to see a huge investment."