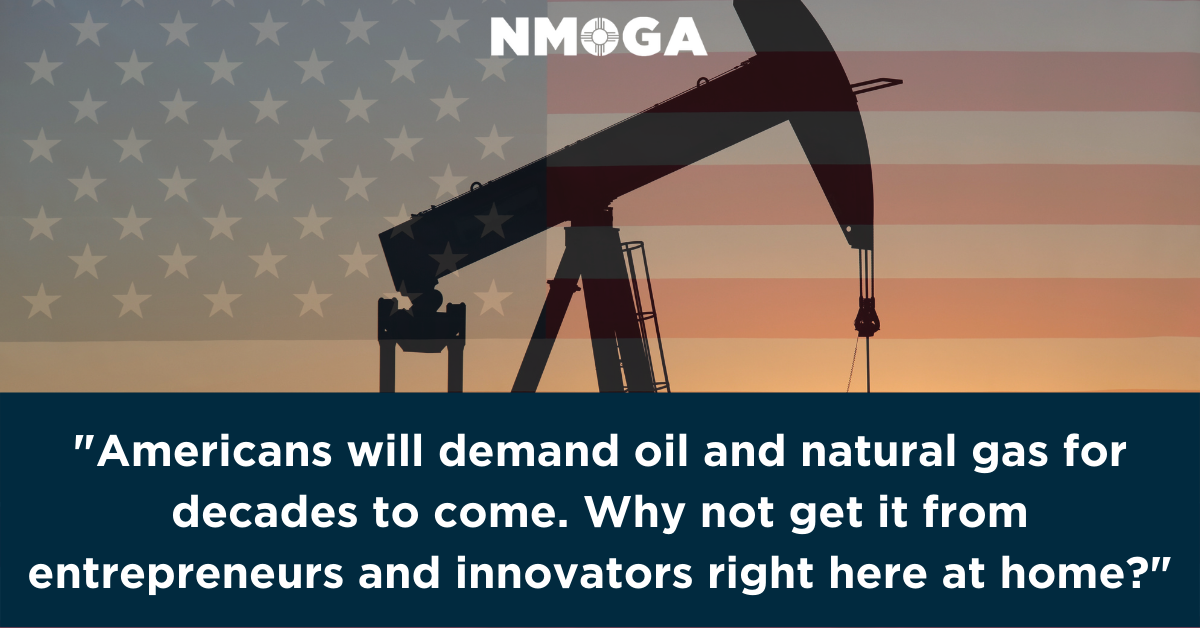 A different era greeted us last week when the White House asked OPEC+ nations to increase oil production to offset an American supply-demand imbalance and the highest U.S. gasoline prices in years.

The administration that touts a “Buy American” agenda chose Russia and Saudi Arabia over vast resources in places like Alaska, Colorado and Wyoming — states that depend on a thriving energy industry to fund schools, parks and other public services. U.S. energy workers are left in the cold as a Democratic White House and its allies plead with foreign regimes to provide energy that could be produced here in America.

We credit the White House for admitting that the United States needs more oil to offset a shortfall that is causing price problems for consumers at the pump. We agree. Yet that is not the only place where the American Petroleum Institute’s nearly 600 member companies align with President Joe Biden. We are tackling climate change while ensuring a growing global population has access to affordable, reliable energy. That means bringing carbon capture technologies to scale and working with the Environmental Protection Agency to enact the direct regulation of new and existing sources of methane, among other initiatives outlined in our Climate Action Framework.

Still, against the backdrop of a pandemic, the White House’s outreach to OPEC+ did nothing but add insult to injury, particularly for American energy workers. Not long after taking office, the Biden administration responded to economic turmoil by freezing American energy projects and eliminating high-paying union jobs. It made other moves that have a big impact on energy security: canceling the Keystone XL pipeline, threatening to increase taxes on American energy companies and suspending oil and gas leasing on federal lands. (This week, API led 11 other industry trade groups in filing suit against the Department of the Interior to overturn the federal leasing pause.)

Similarly, pleading with the OPEC+ cartel to embrace America’s new import-more-oil policy does nothing to shrink global emissions or bolster the economy. It simply jeopardizes U.S. energy security and weakens an essential business engine that supports more than 11 million American jobs directly and indirectly. These misguided efforts are especially odd because Biden has stressed the importance of working across the aisle. He scored a big bipartisan victory this month with the Senate’s passage of a $1 trillion infrastructure bill. But he should know American energy is a consensus issue too.

Last year, 93 percent of voters polled in battleground states said it is important for the United States to produce enough energy to avoid being dependent on other countries. And this week in the Senate, seven Democrats joined all Republicans in a successful vote to prevent a federal ban of hydraulic fracturing. Better known as fracking, this process allows the vast production of American natural gas, which has replaced coal across the country as a power source. The nationwide switch is a big reason why U.S. carbon dioxide emissions are at their lowest levels in decades. Why not double down on that progress?

As Texas Oil and Gas Association President Todd Staples said: “The best way to ensure Americans and our trade partners have access to clean, affordable and reliable energy is to encourage homegrown, domestic energy that supports jobs and economic growth while continuing our commitment to environmental progress.”

Beyond the current shortfall, Americans will demand oil and natural gas for decades to come. Why not get it from entrepreneurs and innovators right here at home? Now is the time to expand the safe and responsible development of our nation’s vast natural resources.