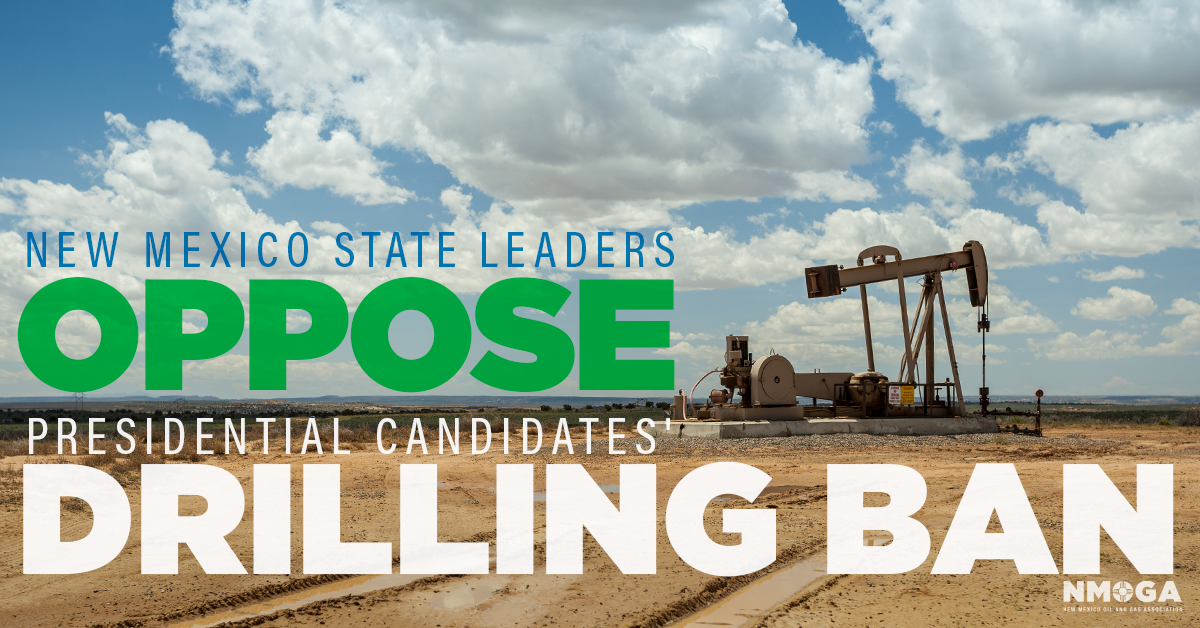 In the southeast corner of New Mexico, new houses, hotels, and jobs are sprouting like flowers in the desert. Trucks hauling equipment and laborers jam once-barren highways on the way to thousands of oil rigs.

The Democrats who control the state’s government have lofty plans for the billions of dollars in projected tax revenues from the drilling industry in the Permian Basin, the world’s biggest oil field, starting with an overhaul of New Mexico’s ailing public education system. The biggest threat to those plans, however, may be the presidential candidates from their own party.

Such policies face resistance in western states with vibrant drilling industries, including New Mexico and Colorado, where Democrats also control both the governor’s office and the legislature. That could open up a rift within the party and an inroad into such states for Republican President Donald Trump – the nation’s chief fossil-fuel booster – in 2020 election.

“Without the energy effort in this state, no one gets to make education the top priority,” New Mexico Democratic Governor Michelle Lujan Grisham told the New Mexico Oil and Gas Association conference in Santa Fe on October 8.

If Trump loses next year’s election, she said in an interview, she would request the Democratic president provide her state a waiver exempting it from any drilling ban “to allow us to continue to produce in New Mexico.”

Nationwide, states received some $9 billion from public lands leases last year, with much of it going to their education systems, according to Department of Interior data. New Mexico was the top recipient with $2.4 billion – an amount that doubled its 2017 revenues. Colorado brought in about $500 million.

Conor Cahill, press secretary for Colorado’s Democratic Governor Jared Polis, did not comment on Democratic candidates’ proposals to limit drilling, saying only that the governor looks forward to a “robust debate” about the issue.

Democrats hope their tough anti-drilling stances will help them win their party’s nomination by attracting progressive voters in state primary elections. But such rhetoric represents a risk in the general election against Trump. About two-thirds of Americans want “aggressive” action to combat climate change – but only if it doesn’t hit their pocketbooks, according to a recent Reuters/Ipsos poll here

The campaigns of Democratic front-runners Joe Biden, Elizabeth Warren, Bernie Sanders, Kamala Harris and Pete Buttigieg, did not comment when asked how they would weigh the concerns of western states against their promises to ban or limit drilling. They have all said they can soften the economic impact of fossil-fuel cutbacks with government programs to retrain workers for clean-energy jobs.

Carlsbad is a hub of the New Mexico oil boom – a “bright spot” in one of America’s poorest states, said Carlsbad’s economic development chief John Waters.

On the fringe of the Chihuahuan Desert, the fast-growing city of about 28,000 people has become the regional headquarters for oil majors such as ConocoPhillips (COP.N) and home to the busiest regional office of the U.S. Bureau of Land Management. About two-thirds of New Mexico’s drilling takes place on federally-controlled land.

Sarah Cottrell Propst, the state’s top energy official, said she expected the boom would last for years if there’s no drilling ban. “The industry is making huge investments in the Permian Basin,” she said.

Oil revenues have helped repair an education system after years of underfunding. Last year, a district court ruled New Mexico had violated its constitution by failing to provide students a “uniform statewide system of free public schools sufficient for their education”.

More than $1 billion of the state’s $2.4 billion in oil-and-gas revenue goes to public schools, according to the nonprofit New Mexico Tax Research Institute. Expecting another windfall this year, state lawmakers approved a 16% increase in school spending to $3.3 billion, to pay for a longer school year, higher teacher salaries, and increased support for low-income districts.

Governor Lujan Grisham also announced plans for a scholarship program, funded largely by oil and gas revenues, that would make the state’s colleges free for anyone with a 2.5 grade point average – an estimated 55,000 students.

Jessica Sanders, a science teacher in Rio Rancho, sees the impact in her classroom, which until the recent improvement in funding lacked basics such as enough writing implements, projectors and computers for students.

“When people talk about shutting down the oil and gas industry, I don’t think people are seeing how that will affect me and my students,” she said.

Some in New Mexico worry that the environmental consequences of the oil boom outweigh the benefits.

“The companies say, ‘We are giving you all the money.’ Well, I’m sorry, that doesn’t matter when you are poisoned,” said Stephanie Harmon, a Carlsbad resident who works as the chaplain for a retirement home.

Recent reports by environmental groups including the Clean Air Task Force and Earthworks, both of which oppose fossil fuels development, found air pollutants around drilling sites, including from flared or vented methane here have contributed to respiratory illness.

The Environmental Defense Fund, another environmental group, estimates New Mexico’s oil and gas sites release more than a million tons per year of methane, the climate equivalent of 22 coal-fired power plants. It is a trend repeating itself in other drilling states like North Dakota and Colorado.

The Lujan Grisham administration says it can be both an oil producing state and environmental steward.

She said the state was investing to diversify its economy away from oil and was seeking to meet the goals of the Paris Climate Agreement by cutting overall emissions by 45% by 2030 from 2005 levels.

Her administration is also working on regulations to curb methane emissions from the oil and gas industry. “The data we are looking at today strongly suggests we can clean up 80% of the methane problem,” Lujan Grisham said.

Her support for both drilling and cutting carbon emissions, however, has put her in a complex position among her constituents. During her speech at the Santa Fe oil conference in October, she told industry representatives that the state’s regulators “work for you”, while outside, more than two dozen protesters chanted “Whose side are you on?”

One of them, 21-year-old college student Ruby Lopez, said Lujan Grisham’s free college program would only prolong the state’s dependence on fossil fuels. “We should not be beholden to oil and gas for our education,” she said.

Democrats swept New Mexico in the 2018 mid-term elections, winning control of the governorship, the state legislature and the congressional delegation. The state has not supported a Republican presidential candidate since 2004.

Trump sees an opening to change that in 2020 because of Democrats’ climate rhetoric. During a rally in New Mexico in September, he vowed to win the state and told his crowd that Democrats want to “annihilate” the New Mexico economy with their anti-fossil fuels proposals. Trump has also said he is targeting Colorado.